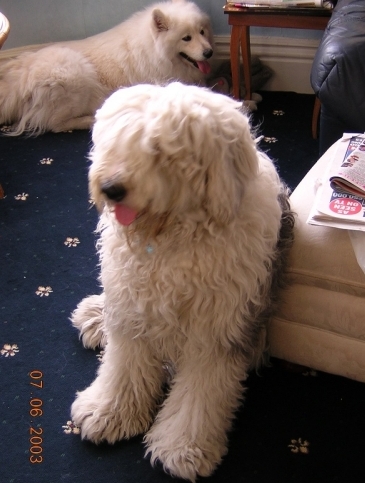 First of all thank you to all of you who have followed me in the last couple of weeks. I promise I will get back to each and every one of you individually.

I came here a few weeks ago looking to move onwards and upwards having 'lost' my Amazon seller account. I started off really well, having found the inspiration I have been searching for, for some years. I sailed through the first series of lessons, got a website set up on WP (though I scrapped it after messing around with the HTML code which didn't end well LOL) BUT I learned how to do it so no big deal to start again. Looking good! I already have a website but it has itself been almost "dead in the water" for a couple of years now, Amazon having provided my main income. But I am having it redesigned by a local designer and relaunching it as an affiliate marketing site rather than selling physical products.

Then life got in the way. My wife, who suffers from arthritis and fibromyalgia, had a flare-up so has been off work for the past month, which has been a major distraction but these things happen (she's a lot better now but still off work for a couple of weeks at least yet).

But two weeks ago I lost my dog, Jade. I had to take the decision to put her to sleep as, well let's just say it was time - she managed 12 and a half years, some going for a breed which has a life-expectancy of 8 to 10 years - but her quality of life had deteriorated very quickly, she may even have had cancer. We declined the autopsy because it wasn't going to change anything. But no pet of mine will ever suffer, I promise you all that much.

Even though we thought we were prepared for it, it still rocked me. I have worked from home for some years so I was used to her being with me almost 24/7 for a long time. It has left a big hole in my life. But after a few day we decided to take a short break, hence my absence from WA. We got home this weekend and a friend came round and said "Nothing ever seems to go your way Gary - you're dead in the water this time. Why don't you get a job?"

Jason has been a good mate over the years but will never really get anywhere. I prefer the inspiration Jade has given me. Never complained, always happy, always believing in me right until the end. Dead in the water? Me? NEVER! My head isn't quite in the right place yet, I'm not as focused as I would like to be but give it a few days, the engine is under repair and my new website will be ready in the next few weeks. In the meantime I'm learning loads about how to use WordPress which will be essential in the day to day running of the site. As soon as the engine is fixed - the website ready and me ready to captain it and steer it in the right direction - I will be back with a BANG!

Dead in the water I might have been but this is no sinking ship and I have NO intention of abandoning it.

Write something…
Recent messages
Labman Premium Plus
Its sad when you loose a valued pet. This is one of the problems with owning dogs, they have much shorter lives than we do.
I think that is because they live such full lives that they don't need as much time.

I'd like to share this with any and all that have lost a pet.
Have a good cry and then.... anticipate that you will someday be together again.

Reply Like Like You like this
OldCodger Premium
Good on you, Gary, for an inspirational yet sad story about Jade. Putting down a close friend is always a soul-wrenching experience. I've had to do it once for a Sheltie with incurable kidney disease and again for an 18 year old Kelpie.
Whenever we think we have a problem, those of others always put it in perspective. You're by no means dead in the water with your positive attitude!
:) george

Reply Like Like You like this
MikeyB Premium
Hey coolcity (I get the name now lol) thats quite a story, it's not just me thats cursed then. God I wish you all the luck in the world with this. I lost my dog Winston, my golden of 15 years 2 years ago and it was like losing my leg. Winston was my lassie and people dont understand what it's like to lose a dog that is so special to the family. I feel your pain man! Hang in there, you may have been dead in the water but you just got a new 250 Mercury buddy so fire it up!!!

Reply Like Like You like this
skyhorse Premium
Sorry to hear of your dog. That is never fun. And that is great you help your wife the way you do. Makes me want to be a better person hearing that.

All of us gets the wind knocked out of our sails every once in awhile. But if you are patient and wait, the wind will blow again and we will go farther then before.

You have to keep going. My wife has been itching to get back to work to her minimum-wage job but I tell her that it's going to set us back a few weeks. It's tricky as we're on a tight budget since losing my amazon account but it's not a life-changing crisis. My main aim is to try to get her better treatment than the "free" but inefficient UK National Health Service can offer. Everything else is a bonus.

I'm gutted at losing my dog and it's an awful decision to have to make but we knew it was coming one day, you have to accept that the day you invite them into your life.