Awesome View From The Top! And Who Is Doug?

Awesome View from the Top! And Who Is Doug? 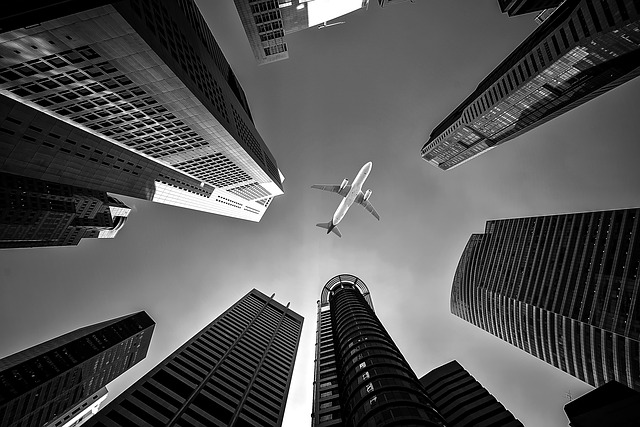 Awesome View From the Bottom!

Some of you who follow me may know I have worked helping disability clients all of my adult life. I have seen many unfortunate health scenarios fall upon individuals of all ages and walks of life. Many are not able to overcome their circumstances for a variety of reasons, by no fault of their own. Obviously, one doesn’t have to work in the field of disability to see these sorts of circumstances fall upon others.

I had a client contact me about 3 years ago from the Portland, Oregon area. He and his family became very special and important to me even though I never met them. I want to share his story. I will refer to him by a first name “Doug” (I do have his permission to share his story).

Doug’s profession was as that of a pilot for an executive jet services company. He was in his early 50’s, had 2 children (boy and girl) under the age of 18, a beautiful wife and the world by a tailwind. Outside of his family, flying was his passion.

Doug had a stage III C melanoma diagnosis (had spread to his lymph nodes) and could not be cleared by the FAA to continue flying. Disability benefits was his only option at the time since he was also not capable of performing any other jobs. He was quickly approved for disability benefits but he and his family were to say the least, devastated.

A couple of years go by:

I continued to stay in touch with Doug off and on to follow his progress. He endured multiple medical procedures (majority of the top of his scalp was removed), a variety of trial treatments through major medical facilities and a strict regimen through a holistic treatment center. He managed to stay active not only in working toward gaining his health back but in remaining actively involved with his wife and children’s lives as much as possible, all the while keeping his passion and dream of returning to flying again in his sights. He never gave up saying he would be back!

A Ray of Hope Seeps in:

Doug contacted me around September of this past year about returning to work, informing me he had completed a treatment program and his test results indicated “no active cancer”. His mind is totally set! He's going to fly again! Sadly, I was not convinced FAA would approve him, but I encouraged him none the less.

A few more months passed and I didn’t hear anything more back from him.

I decided to contact Doug just a few weeks ago via email to see how he is doing and what his status is as far as his health and goal for returning to work.

To my surprise and elation, he got back to me with the following email:

“Oh boy what a surprise to hear from you! It has been extremely busy for the last two months. In that time I return to work for my company and had to go through their ground training since it had been so long and then almost all month in Dallas being trained on a new jet.

I checked into my hotel room about a half hour ago in Monterey California. Early tomorrow morning we have a flight to Santa Monica and then out to Telluride Colorado. They are having us work our way back east to Teterboro New Jersey to put this airplane in maintenance.

So… I’m back in the saddle again (thank you Gene Autry). You can guarantee if I have a trip to your area I will give you a holler! I would love to meet you in person. You are a key person in mine and my families life.

To take a look at what I am flying Google the Phenom 300. I’ll probably do this for a few more years before calling it quits – on my terms! They say the risk of returning to flying puts my chance of recurrence to greater than 75%. Don’t want to tempt the beast anymore than I need to.

So good to hear from you Cynthia! You made my night!”

Doug sent me an email last week titled “Look Familiar?” with the picture below 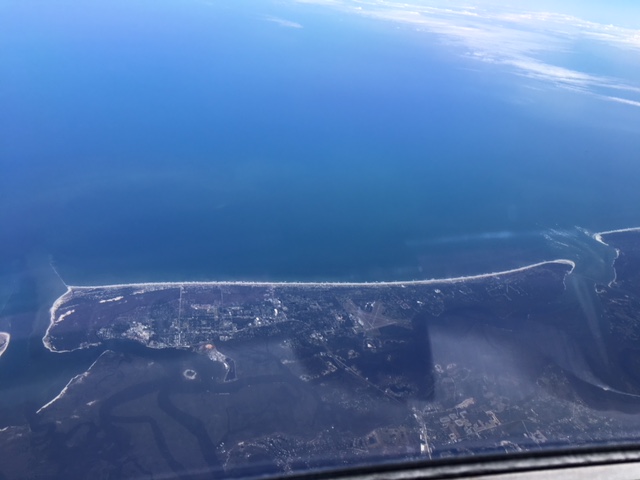 Photo of Amelia Island (Fernandina Beach), Florida - My home! Doug flying over from 33,000 Feet in the Phenom 300!

Since I have been away again working for the past month...A Most Welcome View for Me.

How is the View from Where You Are?

Is Your Passion in Your Sights?

I know there are so many stories similar from others here and elsewhere who have come back against all odds viewing things from the bottom and now relish in the awesome view from the top.

WA has sure been cranking up the tailwind here lately and it seems those in the SWAG and in the Go Getter’s Groups (including myself) certainly seem to have an awesome view ahead!

From Wherever You Are Looking Now - Make It An Awesome View! 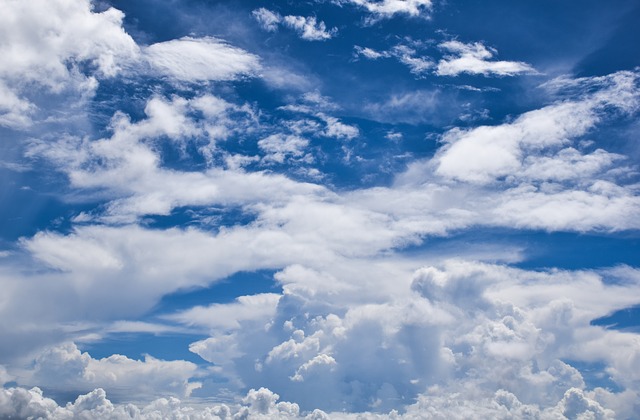 Write something…
Recent messages
bigrog44 Premium
Thanks for sharing, Cindy.

Reply Like Like You like this
Cindyda1 Premium
@bigrog44
You got it Rog! You have one of the most awesome views I know of here! Thank you for reading.

Reply Like Like You like this
LTMLifestyle Premium
That's awesome Cindy. I love the areal view from the top and bottom. It's magical
Thanks for sharing, great encouraging story.
Lilian

Reply Like Like You like this
Cindyda1 Premium
@LTMLifestyle
Thank you Lilian! You keep the awesome view of your passion in your sights! Ya here me? ;-)

Reply Like Like You like this
LTMLifestyle Premium
@Cindyda1
Thanks Cindy for all the support. Really appreciate it
I am hopping that it all gets resolved. The misspelt URL is definitely not my one. I have an email confirming the correct one if you check the conversation on the other platform. i am off to bed now lol. It's 2.15am here in England

Reply Like Like You like this
MKearns Premium
Awesome Cindy! If I were to love any photo it would be that last one. It looks as close to heaven as one can get!

Blue skies ahead for all of us!

Reply Like Like You like this
Cindyda1 Premium
@Tirolith
So true Tom! Hoping to give some encouragement here to those waffling on the edge of giving up.

Thanks for taking the time to read. I know it was a long one!

Reply Like Like You like this
Cindyda1 Premium
@CarolMeador
Thanks Carol for reading. I am sure you have encountered some great stories! I try to use them as an example for myself...keeps one in check! So to speak!

Reply Like Like You like this
CarolMeador Premium
@Cindyda1
You're right. Maybe someday I'll write a post about pet therapy and the reactions to my dog that a couple autistic kids had. It was amazing. 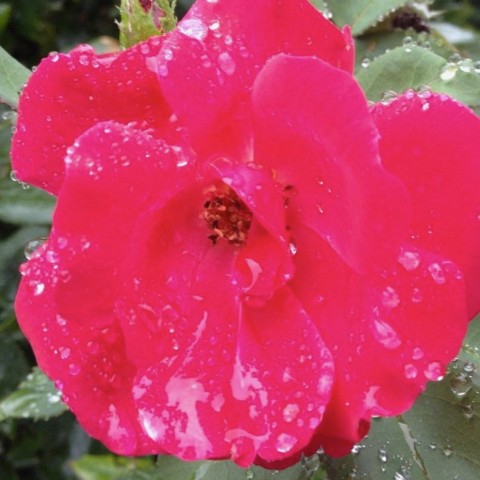