I have been here for a month now, precisely one month and four days and I have not made on penny.

Now some may say, "give it some time", "keep working", "be consistent" and things like that, but in my opinion it's really not about how long you have been a member at WA, but more so how much time you are spending on your website. Two people could have joined WA at the same time but person "A"is putting in double the amount of hours as person "B".

In the weeks that I have been here, I have seen success stories, but there are more people complaining about not seeing any results than those that are (as far as income is concerned). And why wouldn't they? alot of people are working really hard, putting in more hours on their site than they would at a regular 9-5 and to not see any results can be discouraging.

Now, I promised myself, the day I joined, that I would stick this out for a year. I know typically, any new business needs a year before it has, not just steady revenue, but also profit, so I gave myself the typical year.

This post it to piggy back off of one of the WA members, (I won't mention any names) but he made a post, that to me sounded like he wanted to quit, so if you are reading this post, or anyone else who may be discouraged at this point, DON'T GIVE UP!!!!

Set a time for yourself, whether it's six months, a year whatever give yourself that much time before you throw in the towel cause once you give up on WA, you will find yourself looking and searching AGAIN for another opportunity.

PLEASE DON'T GIVE UP, not just on WA but on yourself. A lot of us are not seeing results as fast as we thought but don't let that discourage you.

ANYTHING THAT IS GOOD, IS WORTH FIGHTING FOR!!! and to be your own boss is a good thing!!!

Write something…
Recent messages
Warner43 Premium
Very good post, Charlotte! There is no good alternative to WA. Every one who quittes has to search AGAIN. Warner

Reply Like Like You like this
CharlotteH39 Premium
Thats right Warner and that cycle will continue unless we make up in our minds to dedicate ourselves to something. and I think WA is a good thing to dedicate yourself to and invest your talents into
Thank you for your response!

Reply Like Like You like this
GatorGal747 Premium
YAY, Charlotte....I love your spirit! As long as you are learning and improving, results will follow. It just is not a fair comparison to compare yourself to anyone else....I mean, who has exactly the same skill set, work ethic, subject matter, or attitude as anyone else? Envious, sure...and hopeful that I will one day get there, but my biggest challenge still remains with myself.

Reply Like Like You like this
CharlotteH39 Premium
love it GatorGal...thank you. I totally agree, our biggest challenges are in ourselves. Thank you for your "two cents" :))

Reply Like Like You like this
Dzark Premium
Yes, I felt discouraged because I was unwilling to put in 1 year into something that won't earn me any money (or earn me very little money).

As soon as I realized that - my approach to WA went from it being the only option to set up a business, to being just one of the options. I started reading books, looking up courses, considering business ventures and making business plans. I believe it gave me a lot more confidence and determination to succeed on WA, this time not because of desperation but because of determination to be successful.

If you are discouraged - find the reason why, don't just let it erode your confidence.

Reply Like Like You like this
CharlotteH39 Premium
thats wonderful. and i agree with you, WA is just a starting point to lead you in the direction of becoming a successful business owner. There are alot of different avenues to help you along the way.
Thank you for this Dzark. I wish you much success!!!

Reply Like Like You like this
gracesystem Premium
Never mind, I got my first referral in my 6th month albeit I thought if I had more time I would do better. Since I started | almost gave up, if you read my blog you would see it. But it was right after that I got my first referral. Hold on and wait. You will make it. There is not another like WA out there. Hold on.

Reply Like Like You like this
CharlotteH39 Premium
gracesystem, I commend you for not giving up. Your story is what is needed for those who are walking down the same path. I wish you all the success that you are striving for

Reply Like Like You like this
CraigsList Premium
Very well said Charlotte, you are right on the money there..lol. seriously though you do need to give this time. I totally agree with you, a business does need about a year to flourish. Some people take less, and that is I think dependant on how bad you want it and what you are willing to do to get there. "Patience is a virtue".

Reply Like Like You like this
CharlotteH39 Premium
and we have the opportunity to practice that patience while we wait for our success, not just for WA but anything in life.
Thank you craighoff! 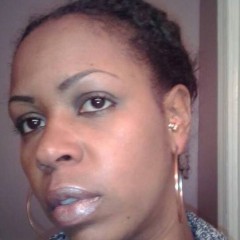