FLOOD WARNING!!! Ok, we needed rain. I prayed for it. We GOT it! Just call me Noah? Going to go buy a boat!

The ground is saturated and more rain is coming. Last night, the rain was torrential, we were beyond “raining cats and dogs.” I can guarantee the cats and dogs wanted nothing to do with the storms that rolled through. It started as the sun set, so the light show was fantastical.

The rain was horrendous. It came so hard and so fast the gutters couldn’t handle the flow. It took about a minute to turn from calm to high winds. The Gods were angry. The rain pounded the roof and windows. The sound was like angry hooves stomping on the shingles. It pelted against the window, at times I worried the windows would shatter.

I was home alone, Blaine was working until 9. I don’t give into fear easily, but this storm was a doozy. I shut down the computer and unplugged it from the wall, didn’t need to lose it from a strike. That has happened to me before in our summer home in northern Wisconsin. Our outdoor power box took a direct strike. The phone flew off the cradle and shot fire across the room. Glad no one was talking on it. It blew out all the bulbs through the house, Our cool touch lamps all lost their circuitry. It blew out my computer. We all sat around in a basement room with flashlights not knowing what was really going on outside. It actually was a tornado. It uprooted trees that were established several decades before. Tossed them about like toothpicks. Our home escaped damage except for the electrical strike.

Another time I was at school for auditions for a play I was directing and a storm went through the town where I lived. A lightning strike hit close to the house. I came home to a power outlet thrown across the room and a black jagged flash mark on the wall. The portable phone was fried and melted on the floor. After that the cats that I had at that time would find a hiding place every time a storm rolled through. I think they were near the kitchen when it happened. The biggest 17# cat would hide behind a toilet stool. She barely fit, but I think that was part of the appeal. The squeezing into place would make her feel safe. Weird Cat!!!

So anyway, back to the current rain storm. I am not paranoid about storms, I take them with a little caution and once I realize nothing will be damaged, I turn out the lights and watch the spectacular light show. This is better than fireworks any day. The lightning was constant. Just as one was fading another would strike. There was no bowling in heaven story that would explain this storm. It was out of control. The lightning danced across the sky, dipping its feet to the ground like a ballet dancer briefly touching down, her partner lifting her back into the air immediately. With each touch there would be the rumble of an angry timpani drum, some slow and building, another just a low grumble, the next closer and louder. It was building by the moment. As the light show broke loose and lost all control so did the drums. Now it was a raging storm, rain lashing at the house, lightning and thunder roared. Zeus hurled several lightning bolts close to the house, so close that it shook the house and all the creatures within. As I am enjoying the storm, but getting a little alarmed at how close the lightning was striking to the house, a jarring alarm cuts through all other sounds. The five cats in the living room and I jump about three feet straight up from our current perch. It is my phone and iPad sitting on the table next to me.

FLOOD WARNING!!!! Whew, ok I got the point. I didn’t have to worry about the Lasix working after that siren. In fact, my first stop was the bathroom. Ok, so the end of the storm is a little more humorous than the beginning…Gotta leave them laughing, why don’t you laugh with me?

Write something…
Recent messages
jimcarlsen65 Premium
Where do you live? They tell me that in some parts of Texas, they spend 90% of their time, praying for rain, and the other 10% praying for it to stop!

Reply Like Like You like this
MNorton Premium
Hi Liz,
WOW!! sounds like that storm was the grand daddy of all storms!! I love the part about the toilet cat, so funny!! My two sit and look at me to see if I'm going to be scared or not. If I'm calm, they don't get spastic. The moral of this story for me is, be careful what you ask for...you might get it..in bucket loads!!! I'm glad your okay and there was no damage. Those alarms can be very alarming, especially to your bladder!! Been there, done that...lol!! Have a great day, take care my friend.

Reply Like Like You like this
MyraBeth Premium
Not sure where you live, but we have had downpours, but not too much flooding, for two days. I think I live on the edge of this storm. Very unusual for us to get summer rain like this.

And we always have to keep our sense of humor. :) Even during the storms. Take care.

Reply Like Like You like this
MyraBeth Premium
@catlady13
I live in central Texas, I think we are getting the edge of the rainstorms from Louisiana. If it keeps, we will be experiencing flooding. The ground here doesn't soak in rain very well and thus, if there is more than 2 days of rain, we get flooding.

It's just a storm to teach us that we can rise above.

“Rise above the storm and you will find the sunshine.”
― Mario Fernández 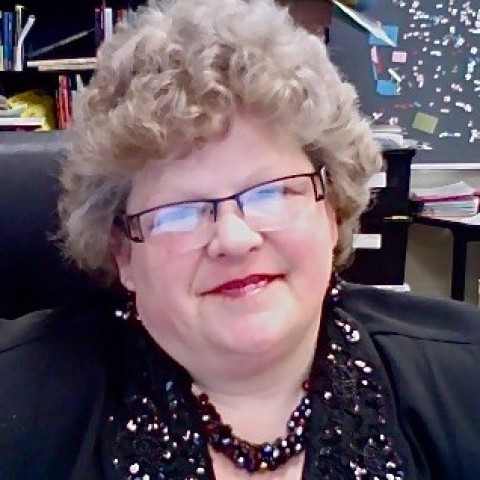