Yosemite is the name of the latest revision of Mac OS. I'm a Mac user. I'm not an iphone or ipad user and this is relevant. Since Apple makes both and had a signature, very detailed look to their products, a photo-realistic look, ios7 was a big change from its predecessor. Some people welcomed it and others didn't. The heavily 3-D, very detailed look changed to a more popular, in-style "flat" look that relied more on colors but seemed way less detailed.

But, there's something that I didn't realize. I didn't actively spend time using ios7 so I had no experience to draw on. The new version of MacOS uses the same approach and very closely resembles ios7. It isn't exactly the same, but close. But the real thing that I got from this change is that it adds something new to the experience that I enjoy very much.

In a word, translucency. I thought I'd miss the very detailed "skeuomorphic" elements of the previous system. These have been used for years and were familiar, but I thought it helped distinguish Apple's look from others. I thought looking at ios7 it closely related others and Apple was losing some of its uniqueness. But, upgrading to Yosemite, I discovered Apple approached visual dimension differently.

The previous way was with beveling and 3D effects. Now, Apple uses color as high contrast and translucence to diffuse colors behind menus and some interface elements. This makes for a somewhat unpredictable result because backgrounds can change. The new colors are more vibrant, the icons or interface elements seem to rest on strips that are influenced by what's behind them. The elements pop somewhat more. Now, that being said, the placement of things are pretty similar, and the experience feels the same, just "modernized". I like the changes. And I also understand how Apple integrates their ios platform with the Mac platform, giving them an Apple identity but the ios is in a different format than the computer.

So, I'm wondering as time goes on, what can I do to my own site that may reflect some common trends, but use it in a way that keeps my identity. I don't know. If my theme updates, I may go with that. I may go with a related theme one day that seems more updated. I may add in some extensions that enhance the experience as long as none of this distracts from the message of the site. And there's mobile considerations. A lot of people will use their mobile devices when visiting our sites, so perhaps it is wise to look at our sites on many types of devices that include desktop, ios, andriod and if something else pops up that is popular.

Write something…
Recent messages
Veganlife Premium
OK great, thanks for inspiring a trip to the dictionary (online) skeuomorphic? I seriously thought it was a typo, LOL. Anyway,
I'll leave all that talk to you techies, and simply say: "yes to adopting trends as long as you are true to your identity".
Van

Reply Like Like You like this
bmusic Premium
@Veganlife
I didn't know what it meant either. I encountered the word when I looked for articles comparing the old style to the new style. I copied and pasted it just to make sure it was spelled right. And yes, stay true to your identity. Absolutely.

Reply Like Like You like this
kholmes Premium
My theme is mobile compatible already, Looks great on a mobile device. At least the couple I have seen it on. :))

Reply Like Like You like this
bmusic Premium
@kholmes
Great. I think the two major platforms are Android and iOS. I'm not sure about Windows phone, I don't see too many of those around or Blackberry. Are there other platforms besides those?

Reply Like Like You like this
kholmes Premium
@bmusic
Those are the two most relevant as far as I know, I wrote a blog about a new baby monitor gadget that is a onesy and has a turtle device on it that tracks growth, heart rate, respiratory. the sleep position...etc. And it works anywhere in the world with Android or iOS.

They continue to evolve as for doing things on your end, you don't really need to do too much other to stay current with a theme that is updated and keep your WP themes updated as they come in.

Reply Like Like You like this
mlshands Premium
You make a good point when talking about mobile users. I recently read an article written by a popular blogger that said most of her readers are on mobile devices. I plan to research and find out how I can improve the mobile experience for my readers. It's something I am not knowledgeable about but I need to learn.

Reply Like Like You like this
bmusic Premium
@mlshands
Me neither, I haven't joined the smart phone, tablet craze. However, my theme is "mobile friendly" so hopefully that means it formats well on mobile devices. I'll look at it on friend's tablets and phones. 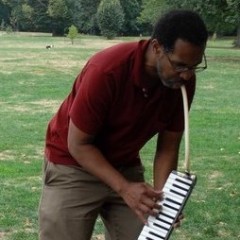