Stand up for what you believe is right

www.BanLiveExport.com/beyondwords He was left tied against the wall for a day and a half. Then, they used a rope to pull his back legs from underneath him, and dragged him to the ground by his tail. The struggle begins. One man stood on his neck and pulled on his tail, as another kneeled on his head and grabbed onto his nostrils. He was hog-tied, and when rendered immobile they dragged him by his tail and left him to struggle with all his might against the rope that still bound his neck. When they returned, it was with a knife. And as 6 grown men held him down, his throat was cut – twice. This is the fate of an animal who had been placed in the 'care' of a live exporter. This is what happens when they blatantly breach regulations. They cannot be trusted to play by the rules – let alone write them. And yet, the live export industry now wants you to entrust them to self-regulate. Don’t let it happen. Please help spare other animals from the same fate by sharing his story and taking action TODAY: www.BanLiveExport.com/beyondwords Thank you." src="https://fbcdn-sphotos-c-a.akamaihd.net/hphotos-ak-frc3/p480x480/1395360_10152345868540299_80039586_n.jpg" width="538" height="403" unselectable="on">

Footnote to bull photograph: "During this year's Festival of Sacrifice, Australian animals were documented being illegally and indiscriminately sold from an 'approved' feedlot in Mauritius, in breach of Australian regulations. They met violent, tragic deaths on the streets of Mauritius after stumbling terrified with ropes tied to their legs."

I post this here, because here is a world-wide gathering of people, good, sincere people. I urge you to stand up for what you believe is morally right. You may not necessarily agree with me on this issue, but there will be others right under your nose in your country that you can do something about. I know I may sound very moralistic and self-righteous, but this is true - "Evil happens when good men do nothing." Everyone can help to make the world a better place for man and for animals.

I am an unashamed advocate of animal rights and have written many letters to politicians. Australia, supposedly a nation of animal lovers, condones the live export trade of farm animals to third-world countries where no Animal Welfare laws exist. First they endure a very long journey by sea in cramped conditions where many die or are injured, the weak are trampled underfoot, then they are off-loaded to meet an even worse fate, being killed in horrific inhumane ways which are not permitted in Australia. The atrocities conducted have been well documented and breeders and politicians are well aware of what happens - but hey, what does that matter when money is involved? Live export is not necessary when animals can be humanely 'processed' in Australia.

Man supposedly has a superior brain, but something is seriously lacking in those people who have not a shred of compassion or empathy for the suffering of God's creatures - they are morally deficient. Like everyone else, these people will eventually reap what they sow.

"Non-violence leads to the highest ethics, which is the goal of all evolution.
Until we stop harming all other living beings, we are still savages."

Reply Like Like You like this
AnnieB Premium
Hi Mariette. I too am an animal lover. If I could I'd write about the disgraceful business called McDonalds with their cruelly treated chickens (USA) they deal with and how they wrought the McDonalds day funds collected, I would. Unfortunately for us Tom is right, and you may find this blog coming down soon. Still you reached out to some people and you got some writing practice put in for writing to, and giving those in power a bit of a shake up..

Reply Like Like You like this
t d Premium
I do understand your passion, but I don't believe this is the place for people to fight their cause.

Reply Like Like You like this
Animate Premium
Thank you, Tom. Yes, I am passionate about this cause, and also others I won't be posting. What this is, is also a plea for everyone to fight what is wrong in this world. You lost everything in the GFC, many innocent people the world over suffered, all because a small unscrupulous minority knew no end to their greed. What is the American Government doing about it? Do you have a voice?

Reply Like Like You like this
Animate Premium
Thank you. It is probably inappropriate here, but I did want to get the message out. There is supposed to be a photograph of a trussed bull, hence the footnote, but I cannot see it on this blog, can you?

Yeah I noticed that too, no there's no image. 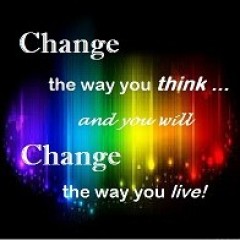 7Years
View Animate Profile
Follow animate
Animate's Posts
11 posts
View all
LINKS on my website I did NOT cr...
48 comments 3 likes
Being really S.M.A.R.T.
7 comments 6 likes
This is the funniest ever! ENJOY...
10 comments 9 likes
Christmas a la Australia
40 comments 15 likes
What are you focusing on?
14 comments 10 likes
CHOOSE an ATTITUDE
16 comments 14 likes
Which are you - a Manager or a L...
10 comments 7 likes
Sitting is killing you
45 comments 23 likes
Stand up for what you believe is...
33 comments 14 likes
Website up for airing
19 comments 4 likes
Hold Tight!