How You Can Be An Expert in Any Niche

Many new members, when first getting started with selecting a niche, express concerns that although they are interested in a particular topic, they are afraid to choose it because they are not an “expert”.

Today, you will learn my foolproof secret for how you can become an expert in any niche.

It all begins with a fella by the name of Frank Abagnale. For those of you who may have never heard of Frank, he is legendary con-man and the real-life inspiration behind the Academy Award-nominated feature film, Catch Me If You Can, starring Leonardo DiCaprio as Abagnale, as well as Tom Hanks as the FBI agent chasing him. Before his capture and ultimate imprisonment, Abagnale is said to have posed as an airline pilot, a doctor, and even a Harvard educated attorney among other things.

Now, I am most certainly NOT advocating that you con people. Far from it. You should always handle your business with honor and the utmost integrity. However, that is not to say that we can’t learn something from his experience.

In his autobiographical book of the same title, one of the first things that stood out to me was his assertion that self-confidence was the primary factor for his success as a criminal. In short, people believed he was all of those characters because, well, Frank believed it; he legitimately believed he was a pilot, doctor, etc. He oozed such confidence in himself that none of his peers even questioned it. It was the ultimate form of fake-it-until-you-make-it.

Abagnale also tells the story of how he posed as a sociology professor at Brigham Young University. After his capture, the authorities inquired as to how he was able to do that since he knew absolutely nothing about sociology. His answer? “I only had to stay one chapter ahead of the students.”

These two lessons are useful for you if you are struggling with the idea that you are no expert.

First, be confident in yourself. I am sure that all of us that have succeeded had friends or family members that didn’t believe in what we were doing. How many times have you been told to just give up this crazy affiliate marketing nonsense? That no one actually makes money from a website? That you should just quit and get a “real” job?

The second lesson is also key to you being an expert. You only have to stay one step ahead of your audience. As long as you are farther along the path than they are, you are the expert. I am a mere novice when compared to Kyle. But many of you consider me an expert.

And you know what? As soon as you have completed a single lesson, or read a single blog post, read a single book, or watched a single YouTube video on your niche topic, to a complete beginner, YOU are the expert.

So, stop letting fear and uncertainty get in the way of your success. Believe in yourself, do a little homework, and then share what you know with others who might not even know that much. Be the expert I know you can be.

Write something…
Recent messages
Kerjackie Premium
I have enjoyed reading your awesome positive post you're so right to point out, we must believe in ourselves, no one can trust you if you don't believe in yourself first, and obviously work hard to meet your goals.
Jacqueline

As my grandfather once told me: "Everything is going to be a heck of a lot easier if the first thing you do is believe in yourself".

Many thanks to him, (and mentors such as yourself), that I've had the privilege of crossing my path to success! 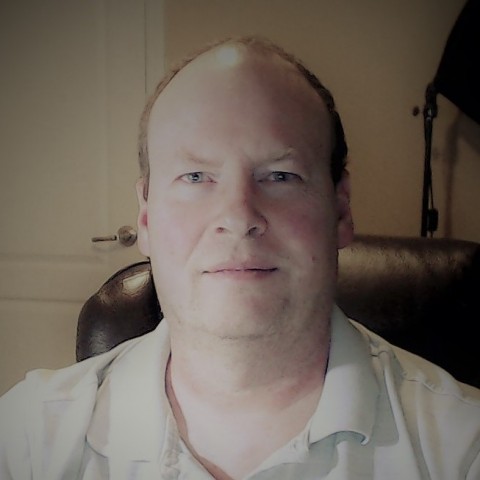