So, imagine a TV show - a singing or talent contest with a panel - 4 judges; the 1st one nice and would never say a bad thing; the second 2 with constructive criticism most of the time and the 4th just nasty comments for good TV because they are an expert – or believe they are anyway.. You get this quite often now, not just on Simon Cowell's shows but others also..

I don't know if anyone outside the UK knows who Simon Cowell is, but I'm guessing he's pretty much well known world wide for his cutting and often rude, cruel and unnecessary comments.

Well, I’m writing this because something’s on my mind. I wrote yesterday about how much I was enjoying myself and that isn't a lie - I am, BUT I just need to get something off my chest.

This shouldn’t be on my mind, I should let it go but something happened late last week..

I’ve been a member for about 7 weeks now and attempted to start 2 websites as I just couldn’t pick my niche! One was daily blog related and the other was content with less frequent blogs – I thought I could manage it by updating each as I worked through the course but as a fellow member pointed out “I might be biting off more than I can chew” after I blogged about it – which to be fair was put in a vary tactful, motivating manner with reasoning behind the statement. I completely understood and I didn’t want quality to lack in either so I took this very direct comment and decided they were right (thanked them) and I was glad somebody had made me see sense – so I decided to drop the second website for a few months'!

Well I bet you can guess what I’m going to say……. one of the comments I received for my second website was not constructive nor motivating (I’d already decided not to progress this website before putting it forward (not because it was rubbish!) but wanted some feedback on where to go when I finally did pick it up again in a few months’ time). I’m not a website expert and have never written content before but honestly the comment I received basically picked the website to pieces as it didn’t have social media, affiliate links etc etc – none of which I’ve covered yet in the course. A comment was then left later by the same person to say “carry on with the course and you’ll get there” – I assume they felt bad for the earlier comment having no motivational contents at all – basically, they might as well have not left the second comment as the first one was enough… I checked their website and they were on the bootcamp course so I assume things are taught a different way around to setting up your own niche… well that’s the excuse I’ve given them in my mind anyway..

To be honest I am now somewhat reluctant to share content which is obviously the nature of the game if you want good rankings both in WA and a successful website!

All I want to say is when you work through the course tasks and are asked to comment on other people’s posts/blogs/pages/website, just bear in mind that they may have only just started on their WA journey and the community is here to motivate, advise and help each other as you work through the courses. I don’t expect anybody to lie about my work and I expect I’ll receive comments from random people on the internet but everybody can take constructive criticism if you have some reasoning behind your comments, otherwise, as my mum taught me “if you don’t have anything nice to say then say nothing at all”…

Write something…
Recent messages
Kathy331 Premium
There was a good blog about getting feedback written yesterday. As you go forward you'll suss out who to "trust." I agree with Marion, you're already obviously a good writer! Why You Need To Ignore WA Member Advice Right Now!

Reply Like Like You like this
SteveGringo Premium
I agree with you Marion . . . we're always better off keeping the positive ideas flowing in all we do. As for the negative comments, everyone has an opinion, nonetheless, I've found other points, or comments gives me a different set of glasses in which to view the situation. The trick, for me, or so I've found, is to make a positive out of the negative.......

Yup, I know, easier said than done, right. That's when we kick in the perseverance and determination. LOL, we take those two ingredients and mix in some patients and voilà, you're on a roll.

BTW, if you need, you're welcome to borrow my MacGyver hat and magic wand any time you need, as that last ingredient is a tough one to keep.......

Reply Like Like You like this
Mdorn Premium
Hi Yoyo, great article! If im honest im pretty much at the same point and for the exac same reasons as youve posted, I didnt put my site up for comment. Id rather get to know people on here I can trust to give constructive but friendly advice. So far ive had really positive experiences with some members on live chat and im beginning to pool a group of "trusted" members together. As in normal life theres going to be plenty of people willing to put the boot in or just be negative. The trick is to ignore them and listen to those you know want to genuinely help!

Anyway, I filed that remark away under "written by an idiot" and cracked on. It's all you can do. If a person can't justify their criticism I ignore it. It's tantamount to saying, "NO! You don't do it like that...I don't know how you do it, but it's not like that!"

Don't let the bastards grind you down.

Reply Like Like You like this
MarionBlack Premium
Stay positive and don't let negative comments get you down. To quote their only good advice “carry on with the course and you’ll get there”. Do it in your own time and even though you're new to this you have great writing skills and you WILL get there. ~Marion

Reply Like Like You like this
Yoyo345 Premium
@MarionBlack
Thanks MarionBlack, its just knocked my confidence a bit, I think people tend to automatically think every one else is at the same point as them or ahead!

Reply Like Like You like this
ShirleyWoon Premium
@Yoyo345
No they're not! and don't you believe that....
Just putting my two cents worth....I'm a bit incensed as my son likes to tell me.
Shirley 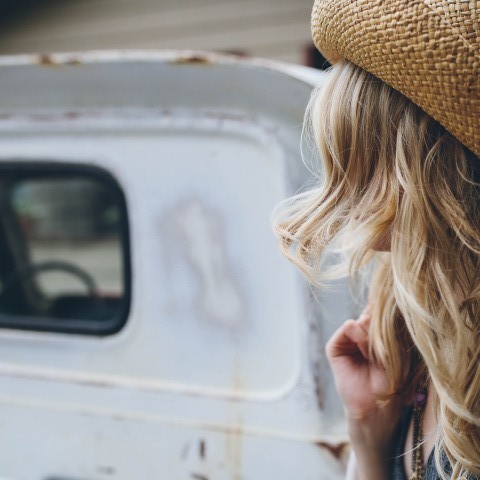