Stop Relying on a Job

“Stop relying on a job."

This may sound like odd advice because our educational system is designed to catapult us up the corporate ladder.

Most students begin their advanced studies with the goal of getting a job.

The problem is, full-time jobs are both insecure and risky.

There are three specific reasons to stop looking for a job.

The first is that full time jobs are disappearing.

The private sector once created and added full-time jobs to the economy at a rate of 2-3% per year.

In 2008, the rate of job creation fell even further—below 1%—and has remained at that historically low level through 2015.

Economists Larry Katz and Alan Krueger found that all of the net employment growth in the U.S. over the past decade came from alternative work arrangements, not full-time jobs.

Another cause of the decline in jobs is that our engine of job growth has stalled.

The growth of new young businesses is at historically low levels and the businesses that do start are creating fewer jobs.

Technology has replaced the need for many jobs.

Startup businesses once created about 3 million jobs a year but that has declined to barely over 2 million per year.

Instead of creating jobs, companies are turning to outsourcing freelance workers.

Where there once were jobs, in todays' gig economy there is now just work.

The 2nd reason to stop looking for a job is that full-time employees are becoming the worker of last resort.

Many firms actively avoid them, & look for ways to build their business models with as few full-time employees as possible.

Full-time employees are the most expensive and least flexible source of labor.

This makes them unattractive to corporate America and Silicon Valley startups.

This means that hiring an employee costs significantly more (30-40%) than an equivalent independent worker.

The trend of hiring part-time workers, independent contractors, automating, and outsourcing is now the norm.

That doesn’t mean that full-time employees will disappear entirely.

The best strategy is to prepare to be an independent worker, not full-time employees or better yet, a business owner.

The 3rd reason is that traditional jobs aren't desirable for most Americans.

A recent McKinsey survey of more than 8,000 workers found that independent workers are more satisfied with nearly every aspect of their working lives than employees.

A "Future Workplace/Field Nation" survey of 959 freelancers found that 74% prefer being an independent worker and have no intention of returning to a full-time job.

Inherent in the gig economy is choice, autonomy, flexibility, and control that drives worker satisfaction, but which full-time employees often lack.

Job alternatives have a better chance of creating an engaging and satisfying work life.

Despite the emergence and rapid growth of the Gig Economy, our educational system (colleges) have been slow to adapt.

Business schools themselves are increasingly staffed with part-time adjunct faculty, yet their degrees are still designed to prepare students to be full-time employees in full-time jobs.

Instead of spending summers helping students build a diverse portfolio of gigs, they offer full-time internships and traditional jobs with a single employer.

Graduates interested in pursuing contract work, consulting projects, and freelance assignments are on their own to find or create opportunities. This needs to change. MBA programs owe it to their students to prepare them to succeed in the gig economy of the future, not the jobs economy of the past.

The best alternative to a Job is becoming the owner of your own Business.

With the advent of the Internet, this has become very possible & inexpensive.

Being a mentor for people desiring to pursue this endeavor has become my
Business-Model.

I help people that:

> want to create their own Business

> have a failing Business & want to make it successful

> are trying to decide if they should attend college

> are dissatisfied with their Job

> are unemployed & think they need a Job

> wonder if there is a better alternative

What is the value of a great Idea?

Ideas are the new currency of the modern day.

Write something…
Recent messages
Defiant6 Premium
Thank you for posting this. You speak the truth and it is a hard lesson I'm dealing with now. I found out last month I was going to be losing my job because the client I do work for is pulling out of my site. While I was gone on vacation, I found out my company was able to get another client in there that also has the same position available that I have now. The thing is though, they are only temporary for about 5-6 months. They are trying to find a more long term client.

I for one am sick of not knowing whether I will have a job months from now and having to put my resume out there to try another job and have to start all over on advancing up and getting higher pay.

I'm glad I am here at Wealthy Affiliate as I am learning to create a viable online business where I do not have to rely on a day job. I still have lots of work to do and a long way to go to get there, but I am determined to stay consistent this time and work hard to reach my goals here.

Reply Like Like You like this
AlohaMelani Premium
I agree. More students are coming out of college with high student loans and unemployable. Employers know that they don't have to pay to keep someone full time or long term because there is always someone willing to do the work for less. I even have friends who are physicians working for two different medical facilities to make ends meet.

There is no such thing as retirement unless you make your own investments. 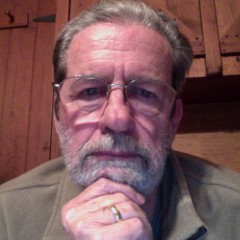