I remember the time my ex-wife and I had our first anniversary. We both had gone through so many changes in that first year of marriage and could see the enormous value of being committed to each other. Now speaking for myself, they were changes that I really needed to make (I don't know if she would really feel the same way:).

I wasn't a kid when I was first married (almost 30 years old) so that helped a little. But living with someone requires sensitivity, listening skills, and patience. I guess we did a pretty good job of that as our marriage lasted over 30 years. Even a divorced marriage, that lasted that long, had some very good times.

My first year with Wealthy Affiliate has also been a time of great growth for me. I also wasn't a kid when I "married" WA. But I still had much to learn.

Being 60 years old and never having been formally trained in building a web based business, I was nervous. Just because I had been successful as a physician didn't give me extra-credit and ensure success with WA.

I needed to humble myself to the training and really listen to Kyle, Carson, and Jay.They are such pleasant souls that listening was easy to do (I particularly like their Canadian accents...I wish I had one).

It was also easy to listen to the training, as it began to make sense after just a short induction period. Each lesson with an action step causing my web site and business to just appear right before my eyes. Glorious...

It wasn't a perfectly smooth process. There were times that I skipped things...and like in my marriage...that almost always led to a problem. I don't skip things anymore in the WA training process.

I also disagreed with them at times (as if I had any authority to do so). Especially when I had a few WA lessons under my belt. Suddenly, I was an expert...foolishly. That also led to a few problems with my website and business (that were easily corrected by going back and following the WA training).

The proof of the value in anything is the "fruit" it yields. I think I have grown a lot since joining WA but that would simply be words if there were no "fruits" for my efforts. As I reflect on my past year with WA, here are some of the "fruits" of my labor:

I could go on describing all the "fruits" of my labor with WA for the past year but I think you get my point. I am so thankful for having found WA and the profound impact it has had on my life in only a year. What will 30 years bring?

If a retired physician, with no technical training, can build 2 successful websites with WA, just how much more could you do my friends? Your potential with WA knows no bounds. You can't lose if you will just apply yourself. The rewards will be transformative.

Wishing you joy and success,

Write something…
Recent messages
videre Premium
You are kind and your words are very important...

Reply Like Like You like this
ragdoll69 Premium
It's a great blog, my simpatico...
Congrats on it all! You deserve all that you have reaped from your efforts.
Rita

Reply Like Like You like this
VitaliyG Premium
Has it really been that long Jeff?! I can't believe it. I still remember when you first joined and how often we communicated. Great to hear you've made success and are continuing to see growth. Here's to the next year post!

Reply Like Like You like this
PjGermain Premium
What a fantastic read. This business is changing lives and I'm proud to be a part of it. Thanks for sharing Jeff and congrats on the book and all your tremendous accomplishments!

First off, amazing blog :-) I think one of the things that you said that really hit home with me is that you are truly treating your website and what your are learning here at WA a business...because it definitely is. You have achieved many successes this year, and you have navigated some failures too. You are moving forward, continuing to learn, and going into your second year as an online entrepreneur with the foundation laid out before you.

Here's to reading another blog next year around this time outlining many more of your achievements and accomplishments!! 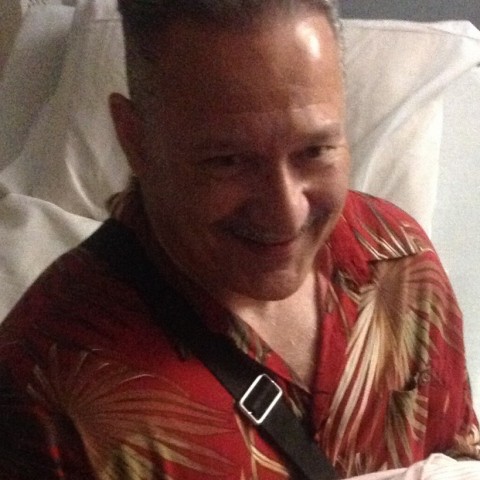