Any company can apply to be in the Inc. 5000, but it's a representation of America's fastest growing companies. In order to apply, you had to:

This achievement is still awarded annually by Inc., but the requirement dates have probably changed for later years.

What's the Affiliate Site that Met the Inc. 5000 Criteria?

Fitsmallbusiness.com has been on the Inc. 5000 list more than once representing America's fastest growing companies and their predominant way of making money is affiliate marketing. They earn $7.1M in annual revenue and started their company in 2011.

The company was founded by David Waring and Marc Prosser, and now they have a team that helps drive the mission.

Most of the affiliate marketing I see beyond 6-figures are selling courses or other products, so I started to think, maybe that's where you have to focus on other things, but this site proved me wrong.

While it might be rare (or simply not publicly disclosed), it's possible, and I think it would be preferable for me to run a company that focuses mostly on affiliate sales because it's less customer service and less billing. At this point, I think I'd prefer that, so I'm really admiring Fitsmallbusiness.com for making the affiliate marketing business model work so well.

Lessons to Take Away from FitSmallBusiness

If you just visit Fitsmallbusiness, you'll notice alot of things they're doing that could contribute to how much their traffic has built and how much income they're bringing in.

In addition to observing, I also read an interview from David Waring that gives details about his vision for the company his background, and his theories for how he made Fit Small Business thrive. In this article, I'll share with you tips I think contribute most to the success of FitSmallBusiness.com.

1. They Created a Site Based on a Topic they Had Experience with

Both Waring and Prosser had experience working in the corporate world in a company that had massive growth. One was head of sales, and the other was the Chief Marketing Officer: two high up positions. They also both had experience in the business world.

They decided to start a blog on a topic they were knowledgeable about and they demonstrate to small businesses with their example.

2. They Chose a Specific Target Audience that had Lots of Gaps to be Filled Online

Rather than trying to target every entrepreneur, or every small business owner, they decided to target brick and mortar businesses with information that they felt wasn't covered well online.

It's important to choose a niche audience that you can serve better than what's out there so you can stick out.

3. The Pivoted their Content In Favor of What Was Working

They originally started with the goal of writing all "how to" content and tutorials, but they realized a few years in that they're reviews were the most popular and converted best, so they decided to pivot and focus more on reviews than on tutorials.

Kyle and Carson teach us to write reviews, but sometimes, every one of us wants to pivot and write other things. I'm guilty all the way! It's important to focus on what's working and amplify that rather than try to pivot away from what's working. Even if you want to pivot, it's best to test out the pivot with a small portion of your time and resources, rather than the majority otherwise, you're incurring much more risk.

4. They focused primarily on SEO and maintained low overhead as a result

Waring said SEO was their primary focus even though they knew SEO wasn't the "quick route". They knew SEO was valuable and highly targeted traffic even more than social media and alternative options, and they were right. At the time of the interview, Waring said they'd reached 300,000 monthly website visitors, and majority of their traffic came from search engines.

5. They hire experts - not Generalists (which gives them a Competitive Advantage)

They don't go for the cheapest labor or easiest to find, they're trying to find the people that would help their content stand out most.

6. They thoroughly research before posting

They have a thorough research and writing process. David Waring said:

"The first step is to look around and get a basic understanding of the topic from whatever freely available information we can find. Once we have done this we develop a list of questions that we want a better understanding on and then talk to industry experts on the topic to get in depth answers. We also ask them what questions we should be asking that we have not yet asked.

The analyst then writes the article, I edit it with them, and then we post it to the site."

7. They focus on making deep connections rather than alot of connections

Waring used the example of cold email marketers and how they go around spamming people's mailboxes with copy/pasted verbiage. He said he doesn't respond to messages that clearly look like they're trying to message everyone without taking the time to see whether their pitch is relevant.

He said they focus on building relevant connections rather than alot of them, and messages where people take the time to learn about who their messaging works much better than copy/pasted spam.

8. They started monetizing early on

Some "gurus" say you shouldn't monetize until you get traffic, or you get rankings, or other criteria is met. At Wealthy Affiliate, we teach you to monetize right away.

It sounds like Waring and Prosser did exactly what WA teaches.They started monetizing at 2 months in.

9. They monetize with affiliate marketing

10. They optimize their site for conversions

Every post you go to has a very helpful tone. The calls to action are clear. They use very relevant offers for each sub-niche and content category. They use exit pop ups that take people to affiliate offers. Their site looks very professional and clean.

There's a whole lot they're doing to increase conversions. It's a nice site to go and observe for ideas, but don't forget what works on an established site isn't always what works on a new site, so test, test, and test.

I know it's no way to be 100% accurate about how many pages and posts a site has aside from logging onto their website to see, but when you type in "site:fitsmallbusiness.com" into Google, there are 6,340 indexed domains with that in it, which means it's a pretty massive site.

But, don't you think it's worthwhile to write 6,340 pages and posts in exchange for $7.1M/YR?!!! I do (especially when you can do it from anywhere in the world). Hahahaha.

They have a team now, so 704 posts or more is doable. I've done 430 as a one-person team, so if I had a few more people duplicating my effort, it would be totally doable, and when the revenue is right, I definitely will.

It's sites like this that make me feel like a baby in the blogging world, but it gives me hope about the possibilities if I stick with it. They're 9 years into working on their blog. Most people don't see that type of income (or even close) after 9 years of effort.

Kyle, Carson, and Jay have said many of the things David Waring said in his interview, but it's cool when you can see the results of what they're saying in action.

Can you believe that many of the methods Fitsmallbusiness is using to earn $7.1M/YR are the same methods you can learn at Wealthy Affiliate, and for a limited time, you can pay $299/YR for access to an education that can have returns greater than 10,000% on your money?!!!

If you haven't already, you should absolutely, 100% go annual while the deal is on, and be grandfathered into the low price for life. If not, and you decide to go annual later, you'll pay more (still a great deal), so it's best for you to go annual now.

My Questions for You

Write something…
Recent messages
JeannineC Premium
Thank you for item #1! I keep telling people that, but so many want to write about things they know absolutely nothing about because they are chasing high commissions. Which they never successfully earn!

Write about what you know. Learn how to be a successful affiliate. Then you can leverage it with other sites and keep growing from there.

Reply Like Like You like this
TDenise Premium
@JeannineC
Yes. I see it too and I understand why. Who doesn’t want to get paid well? It’s just that you have to leverage your expertise—that’s where you get the most sales.

Reply Like Like You like this
JeannineC Premium
@TDenise
Too many think that they will make more money with high commission items, but the truth is I've seen affiliates do very well with average cost items (under $50 or even $20!) that are well suited to the topic of the blog. It doesn't even take a large audience to do so, just an engaged audience.

Quality all the way does make a difference and also finding the right partners, so you can grow your business together and thereby, faster. I like that, so when finding the right audience is in place, they prefer your site to others. Wonderful, let’s keep doing that, thank you :-)

Reply Like Like You like this
JBrown10 Premium
This shows it can be done. Even if you don't reach the level of fitsmallbusiness. I find that reach is key.
It is important to use information from many outlets to achieve success.
Thank you, it's story's like these that keep me going even when I feel I'm not going to make it.

Reply Like Like You like this
roysinOnline Premium Plus
This is awesome Tiffany! In my opinion, the case study you have provided is an example to follow of how research and presentation of a topic should be done. The essence of all that Kyle, Carson and Jay are trying to show us is presented by you in this short but very informative study.
Now i really understand the potential of doing affiliate marketing the"right way" and be focused and true to the basics:

I have visited the website of fitsmallbusiness.com and i have had a revelation of how to present my own content. I can say that if they can produce the revenue they do, with the website they have, then i can do it to.

Thank you again Tiffany for your insight!

Reply Like Like You like this
EdwinBernard Premium Plus
I like your case study Tiffany. Through my research on affiliate marketers I have lost count of those who are earning 6 to 7 figures a year. And they all use the same principles taught here.

Even in Wealthy Affiliate, we have many 6 figure plus earners who are ready and willing to help other members succeed.

My mentor is a 6 figure earner and he has been giving me great advice on my websites that I have taken very seriously and took action on.

The biggest points you reported on are:

And of course join the 299 Club! That's what I am calling the $299 deal. When it's gone this time, it's gone forever. So this club will be very exclusive!

Thanks for sharing Tiffany. Great job! 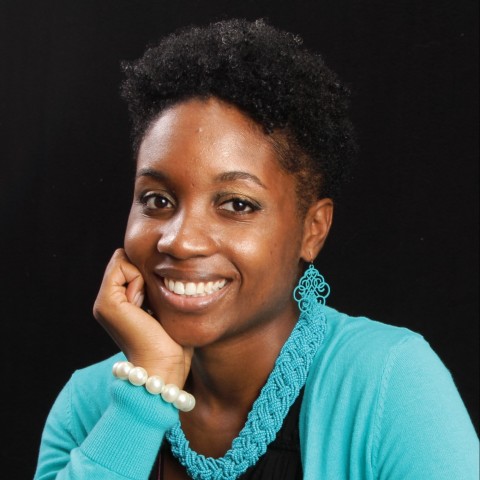