You Are Built For Better

I joined WA during the last week of September and went Premium within a few days. It was apparent very early on that it was a good move, and I'm encouraged by the community support. In fact, there are a number of people here I've come to consider family, and for that I am blessed. I don't expect to make money immediately, and I will stay the course and persevere. I never quit, it's not in my DNA.

During the course of my every day, both here at WA and in my family and friends, I often see people who are just tired, exhausted even, and can wonder what in the world they're doing, or where they're going. If you are reading this right now, I want to share this with you. Do not confuse your present place in life with your true potential. You are built for better.

When I was young I was hit by a dump truck while riding my bike and was told that I would never walk right again. But I was either too stupid or stubborn (or both) to listen to that. As I entered my teen years, I excelled in track and field and qualified for national championships 8 years in a row. I never won, but I never quit. I won't bore you with all my achievements, but I did manage to long jump 24' 8". Not bad for a guy who wasn't supposed to walk right. :-)

As I entered into adulthood, like many of us, I experienced successes and failures. When I was 30 I blew out my lower back and needed major surgery. I again shrugged off the pessimistic prognosis of my surgeon and within a couple of years was back to running and coaching soccer and surfing. But to be honest, I was a pretty lousy surfer! haha

Years later, just before my 25th wedding anniversary, my (then) wife and I broke up. Dang, that one devastated me, to put it mildly. I sank into depression, and in that case, that is one time where I almost gave up. I questioned God as to why He allowed me to go through that time of darkness. But I clung to the belief that I was built for better, and that He would sustain me.

I learned the magnitude of forgiveness, of accepting that sometimes life isn't fair, and that I am not promised anything in this life. My ex and I became friends again, and remain to this day. I still pray for her, and our daughters (24 & 15) are blessed immeasurably due to my strength through humility. Strength through humility friends, that's right. I learned that His power is made perfect in my weakness.

So as I moved into the next chapter of my life, I decided to sell my insurance business. That was a fresh breath of air. I was still living in Virginia Beach and started working for a company that had three offices. I managed their Virginia Beach office and conducted outside sales. I was growing that division's business by 35% when my mother here in SC became ill.

It was her 3rd bout with cancer, and we knew that she probably wasn't going to make it through this one. I was flying back and forth from Virginia Beach to Myrtle Beach to visit her as often as possible. I was amazed at her strength and her sense of humor during her struggle. She encouraged me, as she always had, to never quit and to keep chasing the prize. She reminded me that I was built for better.

The last time I saw Momma alive was Easter Sunday in 2015. Before I left, I told her, "Keep cheering me on Momma, I got more races to run." And so I know she still cheers me on from the grandstand of saints. Two weeks after I last saw her I was in a near fatal car accident.

I was sitting in the left had turn lane at a red light and a young man (who was texting) rear ended me doing 65 mph. The force lifted my car into the air, spun me airborne 180 degrees over top of the median strip into the oncoming highway, and I was rear ended by someone doing 65 mph going the other way. The trunk was pushed into the back seat, the back seat into the front seat, my driver's seat was snapped like a pretzel, and I was nearly strangled by the seatbelt.

As I managed to crawl out of the car, I looked back and knew that God had spared me. I knew that I was built for better and that He had great things planned for me. There is no earthly reason I survived that crash. Ten days later Momma died and I came to her funeral. Upon my return to Virginia Beach, my employer gave me a lot of grief about missing time from work.

I reminded them that watching Momma struggle had changed my perspective in life, and that the accident had further confirmed that. And I quit. Yep, that time I quit. Want to know why? It's because I'm built for better. After I finished physical therapy, God (and my daughters) made it clear that I needed to come to South Carolina to care for my dad.

So I got here, and I was like, "Ok God, now what?" But I also learned to listen, to be still, to not rush so much, and to enjoy the fragrance and aroma of life. I learned to not let a moment pass without having a grateful heart. It was clear that being here was good for my dad. It blessed him.

I hadn't been dating, and wasn't interested, but I eventually struck up a friendship with a lady across the hall. And I won't bore you with all of those details either, but it was obvious that God had placed her in my life to be my bride. My darling Rosina and I will be married 6 months on December 11th, and I am blessed. Sometimes the sweetest things in life happen when we least expect them. :-)

I've also learned that something eternal is at work in our every day. And we are all built for better. Sometimes it doesn't happen as we expect, or when we'd like, but there are blessings for each of us. Recently I was reading in the Book of Acts (17:26), and one translation (from Greek to Hebrew) said, "He has fixed the limits of my territories and the periods when I will flourish."

That gives me rest, and excitement for the future. My future is His, so why should I waste a moment of this beautiful life in worry? The answer is that I should not. And neither should you my friends. Never quit, and know that you are built for better. Peace and blessings to all of you. :-) 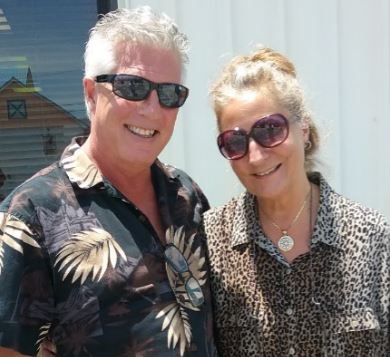 Write something…
Recent messages
melpeace36 Premium
Thank you for sharing your story and the big hurdles you overcame. God is good and faith will always pull you through. I am glad you found love again.

Reply Like Like You like this
SurfsideBob Premium
@melpeace36
Thank you Mel. God is good even when I deserve nothing. And for that, I owe Him everything. Hope you have a great day! :-)

Reply Like Like You like this
SurfsideBob Premium
@MKearns
That's right Mike. If I didn't, it would be easy to have a defeatist attitude. Have a great day brother! :-)

I loved this read and inspiration! Thank you for sharing it!

Reply Like Like You like this
SurfsideBob Premium
@subcpo14
Ain't that the truth brother???!!! Glad to have you back Jay, missed you while you were away. Have a great day brother, peace. :-)

I am amazed with your story. We are built for better that God had created us. 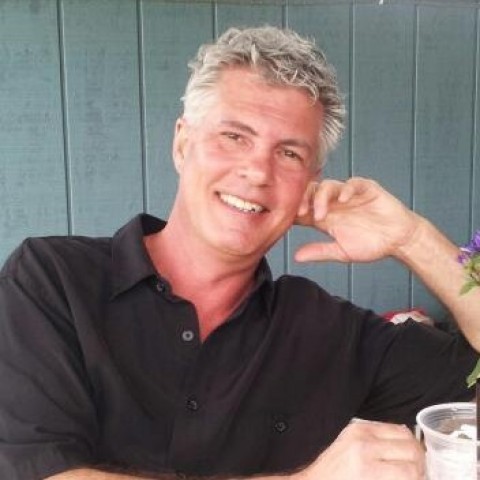