Confession of a survivor

The old timers of Toronto don’t remember the ice storm like the one that happened on Sunday, the 22nd of December.

The night sky was lightened with bright flashes, which reminded one of the aurora borealis.

Those were the sparks coming from transformers going down the drain.

The ground and whatever was growing and standing on it were covered with few centimeters of ice.

From one hand, it looks so beautiful, like in a tale.

Everything is kinda made out of glass.

From the other hand, it can be deadly.

Trees, their branches and electrical wires were cracking and going down.

More than 500,000 people, including my family, were left without power.

No Internet, no telephone, no TV, no light.

I couldn’t work, because all my stuff was locked in my desktop computer.

We were thrown back to Stone Age…well, almost, since we had hot water.

First day was not that bad, since the temperature outside was above 0.

But the second night and day started giving us a hard time with getting warm.

My dog got used to warming up himself by sitting on the vent hole in the floor.

But this time it didn’t work and he started getting interested in what is going on.

First, he was roaring at it, then started scratching it with his claws and afterwards he ended up licking the wall aside that vent asking to give some warms.

Some areas around us were gradually regaining power, but they have very strange schematics of the grid to distribute the power around Toronto.

The last night was threatening to drop the temperature down till -11.

My wife and I prepared a lot of warm clothes and blankets to put them on top of our bed in case it gets colder than we expected.

We couldn’t even go to our friends, because my dog is super hyper, he could’ve wreaked havoc at the unknown place.

During that horrible third night he started crying, because the floor was too cold and the temperature inside the house dropped till +8.

He started licking his paws to warm them up.

I was about to take him into bed to warm him up.

And I think that God heard him, because we got the power at 1:00AM.

So, exactly 48 hours my family and I lived on the edge.

There are still areas with no power restored.

People are getting poisoned, because they started bringing their gas and coal barbeque grills inside their houses and burn them during the night.

Carbon dioxide is being released and poison people while they are asleep.

What a Christmas adventure we had and some still are experiencing.

And from this point of view, I wish to everybody in our noble WA community Merry Christmas, Happy New Year and only good experience in the coming year.

And God Bless those who still are waiting for the power to be restored.

Write something…
Recent messages
Igbekele Premium
Merry Christmas and a happy new year. Never recollected you were a Toronto guy. I felt sorry for the four Sacramento Kings basket ball players recently traded to the Raptors. Thank God you are safe.

Reply Like Like You like this
Gordi Premium
Getting a personal account is so much more poignant than the news story, although that was quite a story too. This is awful, and even the dog realizing this is not how things should be. Glad your power was restored, at least you now have heat. Did you have any other damages?
Hope you have a nice Xmas after all this.

Reply Like Like You like this
daniel44 Premium
Glad that your power is restored. Mine was just restored last night at 7pm, but my neighbour's house behind us still has no power today.

Merry Christmas and hopefully Rogers can get my cable and Internet back online as well soon.

Reply Like Like You like this
LadyOdd Premium
Merry Christmas! I'm very glad you got your power back and I hope everyone else gets theirs back on soon.

Reply Like Like You like this
BIS Premium
Gosh - poor you Sam. Glad that you and your family have power restored. A Merry Christmas to you. 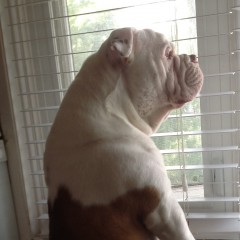