Be wary of messenger requests from people you don't know. It can be a lonely person who just wants to talk or it could be a person who hacked into a Face Book account and is pretending to be someone else.

I have an old friend from Pennsylvania who got married and then her and her husband settled in southern California. Her name is Lorrie, and one day Lorrie sent me a message asking me if I had gotten my money from the US government. I wrote back "what money?" Now remember, I've known this gal for 20 years and I think I'm talking to her. Lorrie wrote back saying that she got $55,000 for helping elderly people in her area and if I am still on the "list" I could do the same. She went on to say check with Mr. Soandso and he can help you. I wrote to Mr. Soandso and he confirmed that indeed I was on the list of eligible people. He asked if I wanted a check or CASH! Something is fishy here! CASH! Delivered to Ecuador? Oh really. Ve half our veys he told me. BS I checked his profile page and he supposedly was some kind of coordinator for charities. The bottom line on this story is that he asked for $850 as a "processing fee." I simply said no, I don't even have $850 and I will not pay. Mr. Soandso pressed on and told me that this was "standard procedure." I said: "Yes, it is standard procedure for a SCAM." I did not report this to Face Book and I SHOULD HAVE!

NEXT: The sexy women looking for love. More messenger requests coming in to waste my time. Alright, I've had a few legit requests from Wealthy Affiliate members whose name I recognized. I do not want to risk turning down a member who is pushing their page on FB, but when you are following hundreds or thousands of people you can't possibly remember all the names. I had two gals from the Philippines who never asked me for a dime. I truly think that they are looking for a way out of Asia. They had lots of kids and want a sugar daddy. Blessings. The real thieves are operating out of Ghana. They send a messenger request and I approved it. Game on. I check their profile and things look confusing. Who am I looking at in the photos? Which one is really the nurse that they claim to be? Oddly enough, both women claimed to be a nurse that was about to graduate with a nursing degree and they both lived in the same town. They both had a similar script. They are looking for a man who will be loyal. I said: "Do you know that I'm old enough to be your grandfather?" Both replied: "Love knows no age." Next they profess to be in love with me. I would tell them that this is ridiculous because we have never met in person. They would tell me that they saw my profile and that they know instinctively that I'm a good person. Now, I know that women do have intuition much more than men, but as they say in Ireland: "I didn't come down with the last rain!" It's amazing how our egos can be manipulated, but when she asked me to go to Western Union and send her $700 US that was it. She got BLOCKED. The other woman was hoping to sweet talk me into air fare from Accra to Guayaquil. "I want to be with you." Good bye!

It's usually the person asking for help with tuition payments or help to get a new computer. "So we can be together on the net."

Ladies beware also! Women are also being victimized by men who pretend to be veterans of the Afghan war whose families need aid for medical reasons. I did a search for "women in Ghana" and information also popped up on the men scamming women. Well, they are men. The women I was talking to were probably men according to the info I got from the search. Young guys laughing all the way back from the local Western Union office. It was an entertaining, but time wasting month. What I take away from my experiences with Face Book messenger is this: NEVER SEND MONEY TO SOMEONE YOU DO NOT KNOW IN PERSON. REPORT YOUR SUSPICIONS TO FACE BOOK. IF IT IS A FRIEND ASKING FOR HELP VERIFY WITH ANOTHER FORM OF COMMUNICATION. DO NOT BELIEVE WHAT YOUR FRIEND IS TELLING YOU ON FACE BOOK MESSENGER!

Reply Like Like You like this
emergent Premium
Thank for the warning Robert. We can become blase about who we are friending and chatting too on the internet.

Your warning is timely because it is nearly tax time in Australia and we get hit very hard with Scams.

Have not seen you around for awhile. Never a dull moment on this Internet I must say. I have been on a dating site during 11 months some years ago and could write a book about it.
I had contact with 2 scam men, both mining somewhere in Africa and asking me for $5000, after being in contact for 1 week. I did report them to the dating office and they were taken off.
As I am not in any social media I do not have experience there, anyhow I am too busy with my websites and socializing here on WA.

Have a nice week, Taetske

Reply Like Like You like this
LindaF Premium
ya I know of guys in messenger that steel identities, picture and go after lone lady’s. I never fell into there trap but had a few laughs. Thanks Robert for the warning.
Linda

Reply Like Like You like this
jetrbby80316 Premium
Thank you for this warning to everyone Robert. This is the main reason I don't use Facebook for personal use anymore. I refuse to even look inside my messenger box anymore.

People try to scam you on E Bay too. Several peeps contacted me from abroad last year claiming they wanted to purchase my products. They contacted me several times before I responded.

So I said if you want the product, just follow the rules and send what is required. They told me before they would pay a deposit, they needed my email for Pay Pal. I said. "No" but took their info. Phony info I'm sure

I called E Bay and reported them immediately. shut 'em down, . No more messages. Done.

I really despise the headache and the wasting of my time.

Reply Like Like You like this
RDoren Premium
@jetrbby80316
I have old friends from high school contacting me on Face Book so I do make little comments here and there. Mostly a waste of time for sure, from our professional standpoint. However, these are guys I grew up with in PA. Thanks for reading my post. Bob 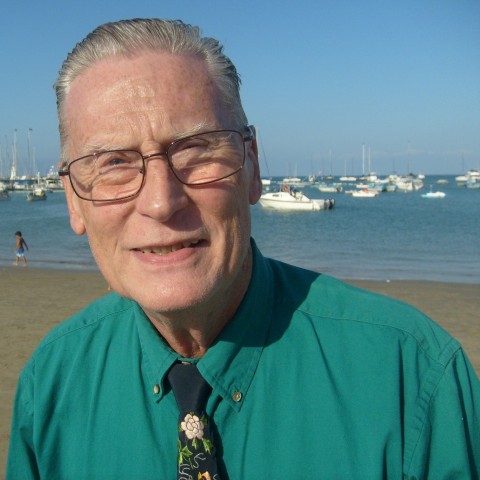