My old MacBook Pro has been showing its age for awhile now.

At 7 years of age it was becoming extremely slow, clunking along to load web pages, download emails, open any files, infact it was near impossible to do anything efficiently.

With the new MacBooks being way beyond my budget I decided that I would look at how to do a MacBook Pro upgrade.

A few YouTube videos later I said to myself 'I can do this!'

With a certain amount of trepidation, the first thing I did was to replace one of the speakers which was sounding like a heavy smoker gargling gravel. It was almost impossible to understand what was being said on video and trying to listen to music was like having a buzzsaw against the ear.

The next thing was to buy a new battery; the result of this was that the track pad stopped causing the pointer to have a mind of its own. This was potentially a serious issue as the thing would swing arbitarily and erratically around the screen unilaterally performing its own clicks.

After that, I decided to upgrade the RAM from the initial 4GB to 8GB, (16GB seemed a bit over the top and doesn't give that great an improvement for the amount of money involved).

And then finally I replaced the old mechanical rotating harddisk with a solid state drive.

With fingers crossed, I fired that baby up and after the initail surprise that it actually switched on, I did a clean OS install from a USB drive.

Now the tension was really building up as I restored all my previously backed up applications, files, and data. Tick-tock, tick-tock, the suspense was unbearable... would it all work?

YES!!! After a resart the MacBook booted up in a matter of seconds instead of the agonising mnutes that it had been taking. Applications and emails were opening almost instantaneously.

I felt so pleased with myself, not only because of the technical accomplishment but also because of the huge bucks I'd saved to get a vibrant 'new' MacBook that whistles through anything that I throw at it.

Just goes to show, whatever it is that you want to turn your hand to, don't let nagging self-doubt be an obstacle, just go for it, you might just achieve wonders :)

Write something…
Recent messages
GlenPalo Premium
That is a great accomplishment. I've built my own PCs as well as swap out PC parts in the past. But never considered getting an older laptop and rebuilding one.

How difficult is it to get parts and components for an older MacBook?

Reply Like Like You like this
PLEAffiliate Premium
@GlenPalo
That’s the beauty of it, they’re all new components that are compatible with the old model. I ordered online, it was easy :)

Reply Like Like You like this
Vickic3 Premium
How great you got it sorted and its a v8 now as well- how cool is that- Great post-Abdusalam, thank you
Vicki

Of all the improvements you made, the biggest was the SSD. 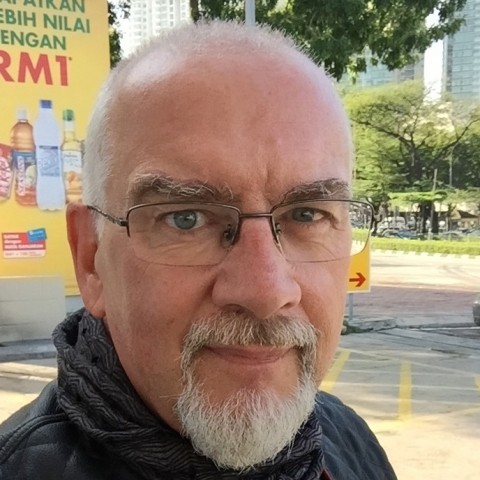