A Day I dreaded Has Arrived

Hi Guys, well this is a day I've been putting off for a while, as I now have to cancel my account with WA, at least for the present. The last 2 months have not been kind to me, with my own illness coming at the most inappropriate time, and spending 6 weeks in dire pain, just after I recovered Maria went in to hospital with severe stomach pain, and I've had to look after her as well as not having fully recovered myself.

Don't get me wrong, I'm not complaining, life happens when you least expect it, so it's something we all have to cope with at least once in our lives. The outcome of this is that it happened when I was at a low ebb financially, and I can no longer afford the $47 month for WA, that I did not forsee. My position now is such that at 72 I have to get a job to rebuild my bank balance, it'll take a few months, but if Kyle and Carson agree I would love to re-sign in a few months time.

With my novel JET! Still to consider I can't give up, I still believe it's got huge potential. So, while I'm away I'll miss you all terribly, I've never known such a great bunch of guys; that are willing to help when someone has a problem with marketing, so I'll not say goodbye, but au revoir, and see you all in a few months time.

Reply Like Like You like this
kholmes Premium
Sorry to hear about all this, get better soon and you will be missed. Thanks for letting us know Phil. Take Car. Kim :))

Reply Like Like You like this
AllynBeekman Premium
hey Philp, so sorry to hear this. Come back when you can. We will all be pulling for you and Maria. 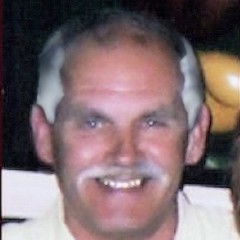