I just thought I would write to let you all know that my first sale has finally come in. After a few weeks of the site being online I was eager to get the first sale. I've been managing to push a steady flow of traffic towards my site, nothing massive only about 30-40 a day but its a start.

After about 2 weeks of driving traffic I was wondering if I would ever start to get a sale. I wasn't even getting any click through's which started to worry me.

Then suddenly one morning I woke up and thought I would check my Amazon....

There BANG in black and white 5 clicks with 2 ordered items. I couldn't believe my eyes the only down part to it was when i checked to see what was ordered.

It was a 7inch HD tablet and a charger. Nothing to do with fish but then again its a start and now the ball is rolling I hope to see some actual sales of fish items.

I've given google ad-words a trail week of sending me 20 extra clicks a day to see if this would do anything to my site. All that I have noticed is that its helped my sites ranking. Its slowly been crawling up the google rankings and my site is now on the first page of google.

So I was wondering.......Does anyone have anything to say about google ad-words...is this something to consider to keep on using or should I just forget about it.

Write something…
Recent messages
veronica.l Premium
Morgan I could not be happier for you CONGRATULATIONS!! You have worked hard and are building a great site and the result speak for it self : 2 sales AWESOME.

I would start with free traffic, when you have the stats in and the conversions, I would see if it is worth the cost. How much are you making on avarage / sale compare it to cost / click and conversion. Find out what keywords are converting as well.

For example if you convert at 2% it will take you 50 clicks for a sale. If those clicks cost you $0.2 you will have to make $10 / sale to break even... make sure you have the numbers down or you will be losing money.

It is a great way to get targeted traffic, make sure it is worth it.

Again, Congrats on your success Morgan you deserve it!!

Thank you so much, it took awhile but i got there in the end and i can now say that ive had another sale since i wrote this blog and another 10 click through's without sales.

I think that i ham going to stop the adwords for the time being and focus on getting free traffic as i dont think its cost effective. As ive had nearly 500 visitors with over 600 vists and only made 3 sales.

I didnt put google adwords on a lot i only spent 20 quid as i was just wanting to see if it worked out for the best.

Thank you again and i will keep you updated on the progress of the site.

Reply Like Like You like this
StephenFarr Premium
Congratulations Morgan great to see it is working for you. Just a thought tho they found your site because they were interested in what you had on your site. because of this when they later went back to buy a product YOU GOT PAID. What a fantastic thing. I appreciate that having a sale of your own product would be amazing but having a sale for any product that is going to pay you is the reason why you should do this.

Well done from a fellow Brit

Thank you, im so glad the day has finally came and i can say that i have had another sale and its my first fish product.

Glad to hear from another brit on here :)

Reply Like Like You like this
bryonbrewer Premium
yeah I agree, it doesn't matter if it wasn't your product because that is the joy of Amazon, get your cookie in their computer and you deserve the money

Reply Like Like You like this
ThomasPaul Premium
Google Adwords - follow their terms of service to the tee otherwise risk being banned. It's easy to spend a lot of money without getting any returns. A great tool, just be careful when you're learning how to use it.

Reply Like Like You like this
Morgan968 Premium
I'll make sure I follow everything they say to do, so that I don't risk getting banned! I've set a limit to it so that it doesn't cost a bomb! Especially at the moment while I'm trying it out! Think i might consider using it in the future! Thank you for your comment 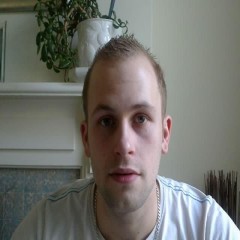