Perseverance what does that mean to you?

For me it is the the will, determination and persistence to reach my goal! My family calls it hard headed, which I do have lol.

I have always been determined at reaching sports goals and definitely have the will and drive to do it. The persistent part reminds me of a sales person that will keep calling you week after week. Pushing that hard sell on you, that never works on me. I may need the item but if the sales person tries to hard sell me I am done. In that sense I am hard headed and will not give in. It kind of becomes a game to me and I refuse to give in.

In my younger years I loved baseball, I was good but not great. After graduating high school I played softball for many years. In fact, it is quite big in Hawaii. I found myself coaching and playing. Creating a team full of players that were like me. Loved the game but was just average. The core of the team stayed together for 3 years.

For those who don't know let me explain. There were 4 different division in organized softball A,B,C & D. The first two A & B are semi pro or great players, C division is mostly ex college baseball players that weren't able to go pro and D was the amateurs.

We played in the D division and was great success. We had won 3 or 4 leagues and were pretty dominant in tournaments, always in the top 10 out of 50 + teams. As a coach I decided that we need to get better to make the next step to C division. We played a couple of tournaments and was always out in 2 games. So I signed up our team for a league which was 10 teams, 7 of which were B division. Needless to say we were getting killed. I mean scores like 40 to 1 or 39 to 0. My team was depressed, after every game I would have something positive to say. Well after the second season my team tells me, what is the point of playing in these leagues, so the other teams can laugh at us?

I explained to them, don't you see how we are improving? Half of them shout back at me, yeah, great improvement we scored 2 runs instead of none. I beg them to just trust me, and said you have to play with the best to get better. By the 4 season I knew we where ready, we were still losing but only by 9 or 10 runs. I sign us up for a Bud Light tournament in the C division. This is the biggest softball tournament in Hawaii there are 200 + teams the top 2 teams get invited to the national tournament in Steamboat Springs, Colorado.

No, we didn't take first or second, but we finished in 3rd place. The tournament director came to me after we lost to the first place team, and gave me and my team a personal invitation to Colorado to play. As he said how he can't believe how much we improved.

So the moral of my story is that we are all learning from the best people in the web marketing business here at WA. Don't give up, be persistent and persevere the tough times and you will be successful!!

Today is day 7 of my goal to reach out to people and leave a positive message.

Here are the people I am reaching out too.

Upsgirl - thanks for all your help you give to the community

MikeLambert - got me to join WA, forever grateful

Write something…
Recent messages
Theresaw90 Premium
I agree with you. Don't give up on anything. Persevere till the end!

Reply Like Like You like this
boomergp08 Premium
Thank you for the shout out and yes I agree! Never give up! Those who give up only have themselves to blame.

Reply Like Like You like this
MikeLambert Premium
Hey Marc, once again a great post for WA members to draw encouragement from. Internet marketing like you say is in many ways like softball, you start out with the small victories such as stealing a base getting your first triple bagger, getting that key hit when needed and so. All these accomplishments instil confidence and spurs you on to achieve more outside your comfort zone.
I can remember my first sale online, seemed like it would never come and then it did and I never looked back.
I remember writing posts that positioned in the the 100's for rankings that totally deflated me but after working at it those articles started to jump up, in many cases to the first page, actually I just had two posts last week skyrocket in the search results, one jumped 157 spots and the other over 105 spots just in one week. I now have expanded my writing to posts on topics that are further and further away from my expertise and they also now get favourable rankings, that's how IM works. Those small personal achievements will lead to more achievements and next thing you know you are living the dream. Referrals like yourself Marc are what make WA such a great learning platform, so thank you! To your success, Mike.

Reply Like Like You like this
MMatsuo Premium
@MikeLambert
Thanks Mike!
Now that's inspirational! Definitely we need to have small goals that lead to your ultimate goal. Like baby we need crawl before we walk the. Walk before we run. You can't expect to have a new born run. Simple as that!
Thanks,
Mike

Reply Like Like You like this
MMatsuo Premium
@upsgirl
Thanks upsgirl! Thanks for always helping out in the community! You have inspired me to do more! 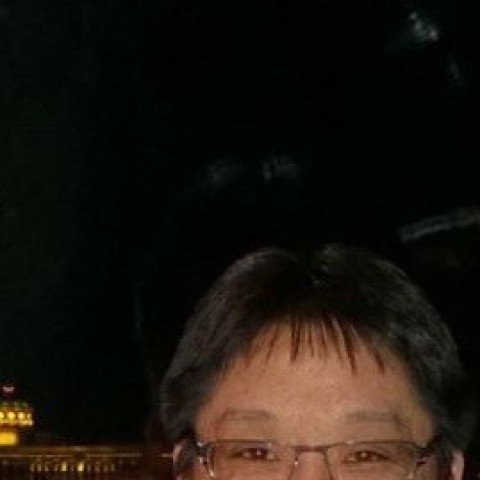