Trying To Figure Out Quicker Way To Find Out Who Stopped Following?

Trying To Find Quicker Way to figure out who stopped Following Me. I have checked with Technical support, but they do not know. They say maybe Private Message Kyle or Carson and see if they know a quick and easy way, but I know they get an overload of Private Messages so I did not go that route.

So I will Share my issue with WA Members and see if anyone else who has had this issue maybe learned a quick and easy way to quickly figure out who has stopped Following. I have not initiated a Follow with anyone, at least not intentionally, but I have tried to be nice and Follow back anyone who chooses to follow me.

So not sure exactly why some have stopped following, but no worries just hope all is well with them.

It will take too long figuring out who stopped following the way I did so in the beginning when I did not have many Followers.

So if anyone knows an easy quick way to figure out which members stopped following, it would be very much appreciated if you Shared the Technique.

Thanks To All And To All I Wish The Best!

Write something…
Recent messages
FHagstrom Premium
Michael, I think you were the first person I followed here at WA because you welcomed me and were helpful in answering my questions.
I have not unfollowed you but, If I could take a guess at why some stop is perhaps because you are an ambassador and welcome many new people.
As a result, your welcomes come to everyone's notifications, so perhaps that is why they stopped.
I wouldn't worry about it, among others, you provide a valuable service to the community by welcoming and, helping people with their questions as you did for me on my first day here so I thank you for that

Reply Like Like You like this
gmegs Premium
I wouldn't be concerned with the number of followers you have - spend that time on your work and don't worry about others.

To your success Michael !!!

Reply Like Like You like this
Mikey72 Premium
@gmegs
Joanne, That is why I was curious if anyone knew a quick way because I don't have time to worry about it. It would just be nice if there was a quick way!
To your Success!)):
Michael

Reply Like Like You like this
pinkabella Premium
I don't know how you would find out. I wouldn't let it worry you people unfollow people for a range of reasons.

Does it really matter?

Reply Like Like You like this
Mikey72 Premium
@KarenDemers
Karen, I understand. I guess I just question when a member Follows you and you Follow them back to be nice, but then they stop Following you just makes it more difficult to keep track and I do not have time to figure out who does this unless there is some easy quick way to it that I definitely do not know!:)
Michael

Reply Like Like You like this
BrenSt Premium
@Mikey72
Michael, you say, "and you Follow them back to be nice". Why do you feel that way, Micheal? Isn't following some one got more to do with what Karen said: " If I happen to come across someone that interests me and I like what they're doing here at WA, I'll follow them but don't expect an automatic follow in return." .

This is an issue similar to Facebook: 'collecting' friends. People, including FB's staff keep sending you people to be friends with, and most people just click 'Accept' not knowing and probably not caring to know anything about that person that they just clicked 'accept'. It's like some kind of contest; the more friends/followers you have the more important you seem to be.

So, Michael out of the 2000 followers that you have how many of them have a Labrador dog?

Do you care to even know? [I'm sorry if that sounds harsh, I'm just trying to show you some thing here.]

And what do they know about you? How many know that you have 2 boys and 3 girls?

All I'm trying to say is that it's not a numbers game.

It's about getting to know the people who are following you on some what of a more personal level, rather then on a ' I follow you so therefore you should follow me'. 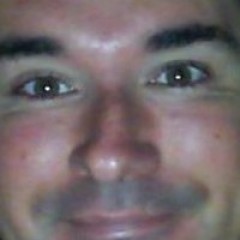 7Years
View Mikey72's Profile
Follow mikey72
Mikey72's Posts
23 posts
View all
I am back and have to start over...
9 comments 15 likes
Trying To Figure Out Quicker Way...
31 comments 14 likes
A Name Or Nickname you Prefer Wo...
34 comments 32 likes
Thanks WA Community For Your Sup...
33 comments 32 likes
Updated Lessons
26 comments 33 likes
Have To Take A Break
86 comments 63 likes
Social Media Info
21 comments 33 likes
Be Nice On WA
100 comments 84 likes
Hoping Everyone Had A Nice Weeke...
22 comments 25 likes
Lots Of Fun With Google Ranking
42 comments 41 likes
Hold Tight!