It's been about six months now since I launched my website. Although I wish I could share tales of great success, the opposite is true. At four months in, I was finally starting to get some reliable traffic and earn some money. However, in the last two months, that has all disappeared. My traffic is literally a tenth of what it was two months ago, and my bounce rate is nearing 100%.

Two things happened during the last two months that I believe contributed to this problem. First, my daughter's health took a negative turn, and I had to cut back on work to care for her. While I continued to post new content to my site, the frequency dropped from daily to about twice weekly. Second, I posted some wrong product info in a review that resulted in several product returns. That info was taken directly from the manufacturer's website, but was still wrong, and readers called me on it publicly. Although this gave me the chance to correct the error, it still damaged my credibility.

My daughter's health is improving, and I'm posting a bit more frequently. However, people don't seem interested in reading what I post. Did I wreck my chances with this website, or do I just need to ride this out? If I stick with it, how do I get traffic back? I really don't know what to do at this point, and am feeling very, very frustrated.

Write something…
Recent messages
drjec Premium
I think just get back to what you were doing originally.

Reply Like Like You like this
CTisby Premium
The same thing happened to me. I was posting to my website on a daily basis, then around March of last year I got sick, and it knocked me down for a month. Took awhile to recover my health, and my posting went from daily to literally one or two posts a month. However, my monthly income during the time period that I was ill kept growing.

Then in October, I started writing again consistently. Things were great. December, traffic dropped to less than half. Kept writing, it hasn't turned around yet. Been working on getting comments, but I'm working backwards I feel. I'm about ready to just start over, and create a new site, get comments for every post, and pray I don't get sick. I've added 50 or so new posts since November, but they aren't ranking. And my old posts that were on the first or second page are now way down, or not found at all. I feel your frustration. I never thought that if I stopped writing, it would have this kind of negative effect. I feel like I can start a new and keep the post/comment formula, as opposed to working this hard on a dying or dead site.

Reply Like Like You like this
Me4TheWin Premium
@CTisby
I'm so sorry to hear this happened to you, too, Christian. You know I share your frustration. I wish I had some advice to share, but maybe some of these suggestions from others can help. It's so hard to know what to do, isn't it? Out of curiosity, are you getting income, at least, from your posts, even if you're not getting ranked? That might be something at least.

Praying things turn around for you, and please keep me posted, ok?

Reply Like Like You like this
mjdimarco Premium
Here's my 2 cents:
1.Define in your mind's eye what you want from your website
2. Using a pad of paper write down a half-dozen action items you could take to move toward your goal.
3. Re-order the list form the easiest to most difficult.
4. Knock of number one item.
5. Proceed to number two. and on...

Reply Like Like You like this
Me4TheWin Premium
@mjdimarco
Thanks, Michael. Normally I'd say I'm never without an action list, but with just getting back into things, it's actually been a while. I'll get started on one now. Thanks for the reminder!

1. Yes just stick with it and keep posting
2. You website is really nice, very "pretty" and "feminine" I like it!
3. The website looks great on mobile too .. one of the best I have seen.
4. The pics took forever to load .. they were slow on my Mac Book with Chrome and even slower on my iPhone 6S with Chrome. There are more and more people using mobile now so this maybe be a contributor to your bounce rate and declining results.
5. This is a sensitive issue .. The "Deedee info snippet" refers to "Christian", unless your market need to know that (which I doubt for your products) then, from a commercial point of view, I would remove it. Jim Rohn always told me in private about speaking and writing: "If it is not necessary to say, then it is necessary not to say."

That is my thinking .. hope it is of use. Cheers, William.

I've simplified my bio -- that's definitely not something I'd have thought of. Several people along the way here at WA have encouraged making our websites somewhat personal so that our readers develop a rapport, and that's definitely a personal detail. But I tried that approach already, so maybe a new one will help.

Also, I ran a speed test after reading your experience with the images, and scored just a 56% -- ugh! I had it up to a 96% before, so I'm not sure what is happening there. Definitely something I need to investigate!

Thanks again for sharing your thinking.

Reply Like Like You like this
WilliamBH Premium
@Me4TheWin
Thank you Deedee .. I am please that was helpful. Cross fingers that a large part of the problem might be the speed. And sure make your bio personal but leave out polarising issues like religion, politics, race, gun control and many many more ... unless that is you specific target market. All the best, Cheers, William.

Reply Like Like You like this
subnetbuzz Premium
What I would advise is for you to stick with it. The Internet is actually a very forgiving place.

2) Probably the most important, go earn some credits by giving feedback and comments on other WA sites, then ask for feedback on some of your pages.

When you ask for feedback, ask for specifics around bounce rate. Ask people not only for feedback on your content, but ask them questions like "what is your first impression of my site", and "are there things that 'turn you off'"

I know for a fact that if you ask for help from the WA members we'll give you honest feedback. But be patient because some of the feedback will inevitably come from newer members and will likely be more of the "rah rah" nature and less constructive.

If you dig, I'm sure that with the community's help we can get you back on track.

Unless you've been blacklisted on Google, which is unlikely, you'll make a comeback.

Reply Like Like You like this
Me4TheWin Premium
@subnetbuzz
Thanks, James, for taking the time to help me out. I'm starting back through the training to see what gems I can find. Also, I had to laugh because I've been avoiding using the Site Feedback feature *because* of past "ra ra" results. Guess it's time to give it another go. I'll definitely ask for more specific feedback, particularly on the negatives.

Thanks so much for your time and suggestions -- I really appreciate it.

Reply Like Like You like this
Daniel Euergetes Premium
@subnetbuzz
That first point holds a lot of weight! My own campaign has nose-dived. A lot of things have been taking me away from it and now that I've resolved some of this, I'm needing to rebuild. 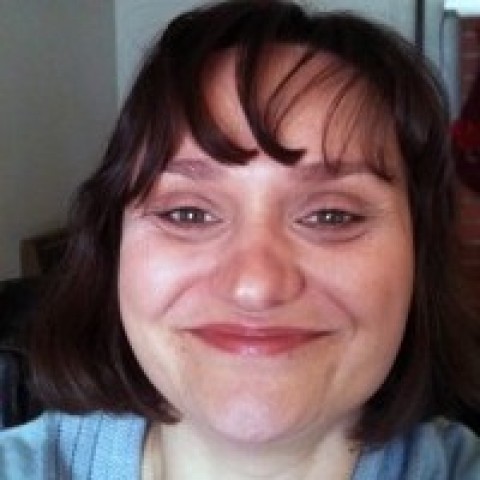