About Marcus1978
Rank 12335
4,079 followers Joined January 2015
Hi, I'm Marcus. I got into websites kind of accidentally as an escape from all the jobs I tried and failed at. I don't have 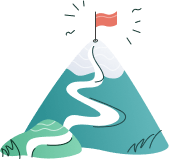 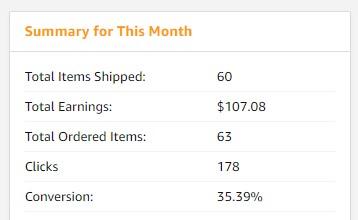 I've just seen this:A deeper look reveals that these sales came from my tablet mini niche site (see the tabletnichesite-20 tracking ID):56 items were ordered on the 14th of June:Most of these earnings were actually credited to me on the 3 days following this:Products bought (on 14th June only):24 x Logitech HD Pro Webcam C92018 x Simbans Presto 10 inch tablet14 x AmazonBasics USB Powered Computer Speakers (A100)I'm going to assume that this is some kind of freak event rather than a genuine upwa

Should I Leave WA or Just Change My Approach?

Okay, so I may not actually leave WA (but I might), but I wanted to write a title that would get you interested. I am definitely at a crossroads now. I've got some thinking to do, as I need to consider which way to go next. Some background...You may or may not remember a month ago I wrote How Are My Sites Doing? What Should I Focus On?, in which I said that my niche sites had not earned me much money so I was going to focus on my Earn Money with Marcus website. But now I'm not so sure.You may a

Just saw this appear in the SiteRubix menu:Not used it yet, but there is a tour:UPDATEJust had a quick play with it. I like it, it's good.Things I like:Seems really quick and easy to use.Can quickly check for spelling and grammar.Can publish straight to your website.Templates will save a lot of time for people.Things missing:Can't add images.Can't add categories or tags.Can't save to website as a draft, only publish.

Want to know how to do niche research?

I like it! Short message, but big, bold and straight to the point!

Full steam ahead! Looks like your working hard with your online business. Way to go Marcus!

It's a constant struggle not to get distracted, though ;-)

I totally understand. But sometimes you put in so much work, that you need that distraction. Becky :)

Great artistry Marcus. That was before last weeks haircut! :)

I'm just wondering whether this irritates anyone else?

I've often come across videos where someone waffles on for ages at the beginning. For example, something like, "Hey

I'll shut a boring video off. Fortunately mostly what I encounter is fine!

I agree with you Marcus. When I look up a video I want the facts and nothing but the fact. If it drags on I tend to exit.
However, I'm sure their are others who like all the fluff.

That's when I either stop the video or adjust the playback speed. I really dislike videos that waste my time. That's why I edit my videos to remove unnecessary pauses waiting for pages to load etc.

Yes, I've seen these type of videos. Often times you cannot fast-forward the video! You have to watch the long winded video to see what they have to offer? Usually, another shiny object that might entice some unsuspecting newbie marketer into making a purchase. Then followed by upsells, downsells, and usually b.s. marketing material sent to your email address!

It is one reason I usually don't watch videos. Using a baseball metaphor, I am only interested in the delivery, not the wind up.

Glad it's not just me

The 1 hour webinars that spend 45 minutes telling you about, and showing you the picture slideshow "rags to riches" story of the course or program creator. Those irritate me.

Yes, that would irritate me too.

Hi Marcus. As irritating as what you said might be, if the video is full of good stuff, I do tend to accept all the crap initially. However, if after a couple of minutes it doesn't get any better, I'll have a quick look to see how long the video is. If it's a pretty short one, I might carry on watching it, but if it's long, I'll fast forward to a couple of random places, and if it's still crap, then it's gone.

Other things which irritate the life out of me are the voice and the volume. Some people have such a heavy accent, you can't make out what they're on about. Having the recording volume made too low also annoys me since even with my speakers going at full output, it's still not loud enough to hear it properly.

Yes, a really strong accent or too much slang because they are trying to sound cool, that's a real turn-off. There are some Americans that speak in a really lazy way where they don't seem to pronounce their consonants at all. Do you know what I mean? It's like they are just making a series of vowel sounds.