I have just been informed that I will not be getting paid for my last two weeks of work.  I was under the agreement of a base pay plus commission.  All on a trust basis for a new company.  I like the guy and what he stood for.  He paid me for my first two weeks of work.  Well, he had a stroke and is in the hospital.  (I do hope he gets well soon).  The wife is now taking over and says commission only.  The first week was training and putting the script and such together...Then started making calls and I made my first sale in my second day of calls.  The company is new and no one knows about them yet...She says I've been paid on the sales I've made.  Commission only was never the agreement.  So now I've got to get a new job asap to pay my bills.  I know my boss wouldn't do that to me and would find a way to compensate me for my time, but he is out of  commission for at least a month.  He has a great idea, but not the financial backup a new company needs to have.

I went and applied for another job.  It's a part time $12 to $15 an hour/ 20 hours a week.  I could survive on that till I get this Internet Marketing thing going.

If I'm going to work straight commission it will be for myself with my own Internet Business.  Thank you WA for giving me the opportunity.

Say a little prayer for me. Thanks.

Write something…
Recent messages
DABK Premium
A lot of people have a job because they want the security that gives them. You have more security when you're your own boss. More responsibilities and more pay too. Straight commission is best when you're your own boss, you're right.
Still, it's a pity when people don't do what they agreed to. Get your business going, to show 'em!

Sounds like you have some sales knowledge or admin experience. Why don't you post your services in the WA Jobs section as a virtual assistant or something you feel you have the confidence to deliver?

Then post a WA blog and let the community know you are available for hire. Something like this, could help you get through the next little while until something new comes up. 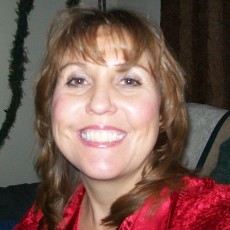