Get on Social Media now

I am a fan of social media, as you may have noticed.

What puts many off at the start is lack of traffic because it takes time to climb the ranks of google and get organic traffic. Who wants to wait a year for the first visitor?

What happens when traffic is non-existent or light. You question what you are doing even though you know it will take time you still hope that for you it will happen sooner.

SO .... whatever stage you are at join all the social media platforms you can. Then spend a few minutes a day on each to encourage followers. 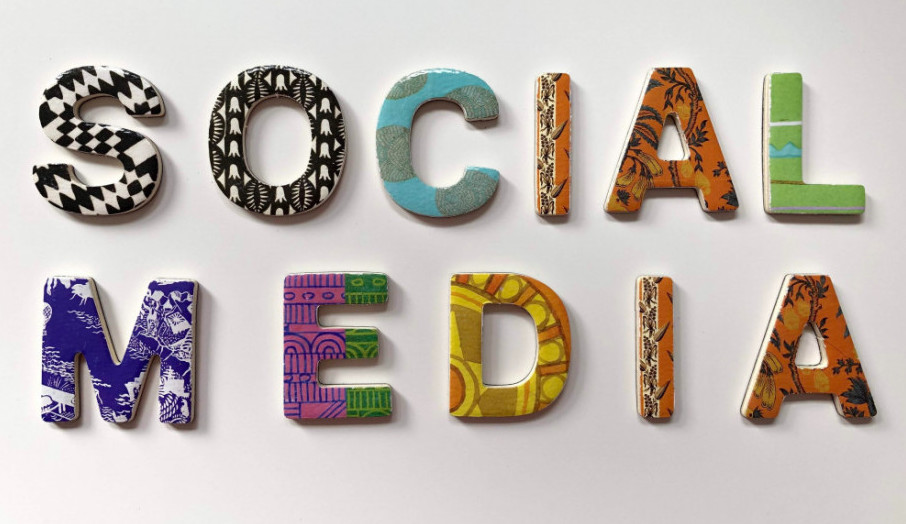 With some, the more followers you have the bigger the potential audience. With others like Pinterest its more what you pin and whether others are attracted to the title or picture that raises your profile and visitors, not the amount of followers.

One of the best compliments I got was from a fellow crafter who had been selling online longer than me. She said, " wherever I go online whatever the platform, old or new, you have got on there first".

I was very proud of that.

My granddaughter as a teenage used to come to me and say, " Look, I have joined this amazing new platform" and I would say, "yes its good, I have been on there for a while". She would sigh and say "I should have known".

In the last few years though I haven't joined lots of new ones but I been remiss because I should have been doing so.

The sooner you join, the sooner you will start to build the accounts and the more it will help your business get off the ground.

So What Are You Waiting For?

Off you go and get joining, sitting here won't get your business seen faster.

Write something…
Recent messages
Stella741 Premium
I do like social media, but I find it difficult to keep track of all the followers and also maintain engagement with them all.

So I tend to stick to 2 main ones....Facebook and Pinterest. I used a scheduler for Pinterest (Tailwind) and now get organic traffic without touching it for several months now.

In the beginning when I joined over a year ago, I scheduled Pins 5 months in advance and got a high following....then tailed off the action when I didn't renew my Tailwind subscription.

Funny thing is though - because I put in so much effort when I started pinning and re-pinning - I now get organic traffic and the engagement is up.

I just might get Tailwind scheduler again to beef up my followers even more!!

Facebook? Well that's more down to advertising for another site with WA. I'm on and off with it...but love to advertise and check stats when I'm inspired.

Thanks for making me think dear!

Reply Like Like You like this
Linda103 Premium
@Stella741
Thank you Stella.
It just needs to become a habit, something you do around the same time every day. Then it becomes automatic and much faster.
I have a Tailwind account but not really done anything with it yet.
Good luck, you will get there.

And the changing of computers. I change computers about every three to five years. I use a lot the computer's password and usernames saving feature.

I have some problems because I interact with English language and Spanish language accounts. Sometimes the computer's memory system mixes them up. Auto fill-in thing.

Thus, I have to spend double time managing social media accounts in both languages.

Reply Like Like You like this
Linda103 Premium
@bestleads
I have a lot of usernames and passwords too. I write them all down in a notebook as well as saving them.
Can you not intermingle the languages. I have followers with many different languages but they will have some posts in their own language and some in English on the same account.
I have 2 Twitter accounts but put all sorts of things on both, it adds variety and interest.
Computer changing is a big part of life unfortunately when we work online. Mostly I sync everything, via google, so whether I pick up the ipad pro, windows laptop, mac laptop or use my desktop, everything is there ready to use.

Reply Like Like You like this
Benjamin89 Premium
The one thing I have slacked off on is social media channels and focusing on growth. Almost 2 years have past and I am finally going to start publishing on my YouTube channel. Which means I will now have no choice but to go back throughout all of my posts from the beginning to update them which hopefully is a good thing for SERPS.

Reply Like Like You like this
Linda103 Premium
@Benjamin89
Thank you Benjamin.
Best get the other social media channels growing, if you are going to publish Youtube videos. What better way to advertise them.

I have joined several of them. But haven't login in years.

At present, the only one I am active is Facebook.

I consider that I have to manage my time there. I spend too much time commenting.

No time for other medias. I have a full time job.

But have to follow your advice, a few minutes in each media.

Instead of commenting, focus on YOUR BUSINESS.
Remember your priorities.

Reply Like Like You like this
Linda103 Premium
@bestleads
I agree with Cassi, Antonios, maybe do an odd comment but otherwise don't bother, it is a timewaster. I rarely comment on any platform but will 'like' things and on twitter Retweet tweets for those that retweet my Tweets. It's a worthwhile exchange.
I get far more back from Twitter, in terms of sales and traffic, than I ever did from FB.
If you randomly tweet other peoples tweets that you like the look of you will gradually find your followers will increase. Keep a check and follow back the ones you find interesting.
Trust me, growing your social media is time well spent, much more so than commenting on FB.

Reply Like Like You like this
Twack Premium
I've just joined 'MeWe' after another members recommendation and I need to get on Reddit, so I have been told.
Years ago I had a software program that put all of your social media in one place and would send you notifications thoughout the day. I could do with something like that now.

Reply Like Like You like this
Linda103 Premium
@Twack
Now that rings a bell. There have been quite a few platforms spring up over the years. Wonder if I already belong. Will have to check it out.
I wasn't but am now, lol.
I am on Reddit but don't do anything with it as yet.
Also on Quora but I made the mistake of giving my opinion on a question. Now I get inundated with requests to answer them and some are so ridiculous it's beyond belief. So not used that for business yet.
Not sure I would want notifications throughout the day from social media, it would drive me daft.

Reply Like Like You like this
Twack Premium
@Linda103
Well, so far I have one connection on MeWe so if you'd like to join my vibrant tribe, then please look me up, lol.
Quora is an odd one, I did post an article on there during the ClickFunnels course and I enjoyed using the template, and it gives you stats, which I thought was pretty cool.
Reddit I have not joined yet but it is my intention to do so.
They are all places to show our wares, I guess.

Reply Like Like You like this
Linda103 Premium
@Twack
I will look you up if I ever get an opportunity to get back on there. My other business is non stop at the minute.