We Need To Talk

In times like this, it is essential to find things for which we are grateful. In every dilemma, even though it might not seem so at the time, there is usually something good that comes from adversity.

There is something called the Maharishi Effect. It is the proposition that individual alpha brainwaves can impact the collective consciousness.

A study near me in Merseyside showed that a group meditation resulted in a 13.4% drop in crime locally. Thirty years ago, in Iowa, USA 7000 experts in Maharishi’s Transcendental Meditation gathered to meditate.

According to the Rand Corporation, who’s findings were peer-reviewed later, casualties and fatalities due to international terrorism decreased an average of 72 per cent during the assemblies.

At an energetic level, we are all connected. There is no doubt of this. Prayer is similar to meditation. The benefits of group prayer are also well-documented.

I would like to propose two things. A community this size could do some real good in the world if we all think positively and have a unified outlook. As a group of this size, similar changes can manifest.

#1 Meditate on a time, soon, where, a golden-age in exists in our world of; peace, health, prosperity and love.

#2 Meditate on a time soon, where, everyone can happily live their life fully, without prejudice or fear.

My words might seem like pseudo-science, clap-trap, or wishful thinking. They are not, because we are all connected. The Maharishi Effect is real, and it works. It only does so when enough like-minded people focused on common aims for long-enough.

Effects of group practice of the Transcendental Meditation program on preventing violent crime in Washington, D.C.: Results of the National Demonstration Project, June-July 1993

Reply Like Like You like this
SAWalden Premium Plus
My husband and I will get into a conversation about world events and after a couple minutes of "preaching to the choir" one of us will end the conversation stating how we should instead find a way to forgive all this and then we pray.

Things are happening that we could never predict yet, as we think about the mayhem surrounding us, we are giving energy to it.

If we did meditate and gave as much thought and power to our online business just think of what we would achieve!

Reply Like Like You like this
Ruzzty Premium
Hi Les
I agree Meditation does have a calming effect on your mind and body. Thanks for sharing
Russ

Reply Like Like You like this
megawinner Premium
Have peace. Have your beliefs set up on where ever your faith is founded. But always be watchful of fake gurus!

Reply Like Like You like this
lesjfletcher Premium
@megawinner
I was only trying to talk about the Maharishi Effect, not of any Guru. I only wanted to try and be positive, and to perhaps encourage others direct thoughts at those in need of help.

Peace be with you too :)

Reply Like Like You like this
jvranjes Premium
I met the man once, I mean Maharishi, and was not impressed. Also, my roommate in the student house was the so-called teacher of TM, he never graduated, that is how all the teaching was effective. Have seen it from inside and whatever I have seen it looked like a cult. Maharishi was a billionaire when he died. Sorry to disappoint you, feel free to delete this comment if you wish.

Reply Like Like You like this
lesjfletcher Premium
@jvranjes
All that you said, does not negate the peer-reviewed science that looked into the statistics. Once I could agree on, it could have been coincidental, twice and for so long, takes a brave man, Richard Dawkins-like, to be dismissive of the facts.

I would never condone deleting of any comments. A discussion does not mean you have to agree with me. I completely understand your experience has given you your outlook.

I was hoping you might just think about it in the light of the peer-reviewed evidence and offer your thoughts to those in troubled times.

Reply Like Like You like this
jvranjes Premium
@lesjfletcher
After more than 3 decades in exact science I have some idea of what peer-reviewed may mean. Have not see anything in the link you provided that looks like scientific evidence.

To make something a scientific fact is hard in general, there is nothing like this here. I see just somebody's site and infinite links from one post to another. Hard facts mean numerous checks and confirmations by independent sources, repeated experiments that confirm the initial assumption etc. I would love to see some peer-reviewed journal as a source, not just statements about peer-reviews.

This aside, this TM topic is not new to me, my first encounter with it was somewhere in 1982 or so. There is nothing in it. We can agree to disagree, no hard feeling.

Effects of group practice of the Transcendental Meditation program on preventing violent crime in Washington, D.C.: Results of the National Demonstration Project, June-July 1993

I do not think that there are 160 peer-reviewed journals in the world dealing with such research.

Reply Like Like You like this
lesjfletcher Premium
@jvranjes
I am sorry you feel this way. I visited my university library and there were considerably more. A search on Google Scholar for "transcendental + meditation + peer + reviewed will confirm this. It has been an area of major study :) Let's just disagree.

Reply Like Like You like this
jvranjes Premium
@lesjfletcher
This is a proper reference. Do not have access to the journal but I have read the abstract. Not my field, I am a theoretical physicist, but the journal seems to be international and with a good impact factor.

Cannot say more except for what I already said - to be valid, the results from any experiments, no matter the field, must be confirmed by independent sources, it must be possible to repeat the results. Only after that these results become scientific facts. You realize how complicated social experiments are and how many factors may affect the results.

However, I notice that 5 first authors of the paper are all from the so-called Maharishi University. This is a reason enough to take their result with a grain of salt. Frankly, I do not trust their results at all without independent verification. 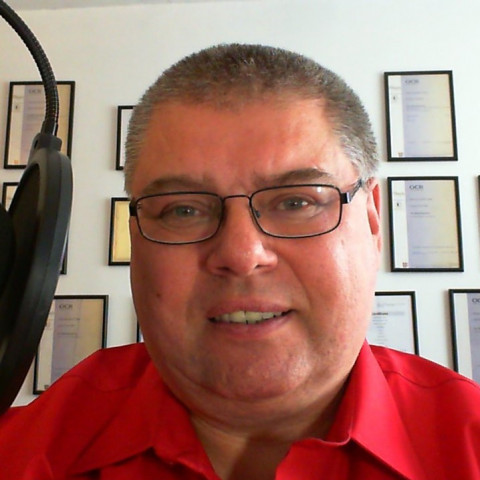