Most everyone knows that today is Veterans Day here in the United States. You may be a veteran yourself .

Did you reach out to them today? Did you thank them or let them know that you are thinking of them?

How Did The Poppy Come In To Play

After world war 1, the battle field where many lost their lives serving their country was soaked with blood.

Poppies began to bloom everywhere in that battle scarred field. A famous poem "In Flanders Field" was written by John McCrae after losing a friend in Ypres.

There were 8.5 million soldiers that lost their lives due to battle and diseases between 1914 and 1918.

Because of the poppy growing in the field and that famous poem, the poppy became the symbol of remembrance.

A lady named Moina Michael read "In Flanders Field" just 2 days before the armistice. She was a volunteer at the YWCA, Young Women's Christian Association.

Inspired by the poem she wrote her own poem. "We Shall Keep Faith". This is when the wearing of the Poppy began.

When the war had ended she returned to the University at which she was a professor and came up with the idea of making red silk poppies and selling them.

By her doing this, she would raise money to support returning troops. This didn't really work out that well in the beginning.

Her design was a poppy the color of the Allied nations flags around a victory torch. She was able to get Georgia's National American Legion to adopt the idea, but without the torch.

They voted to use the poppy as the official U.S. national emblem of remembrance.

The Selling Of The Poppy In Nations 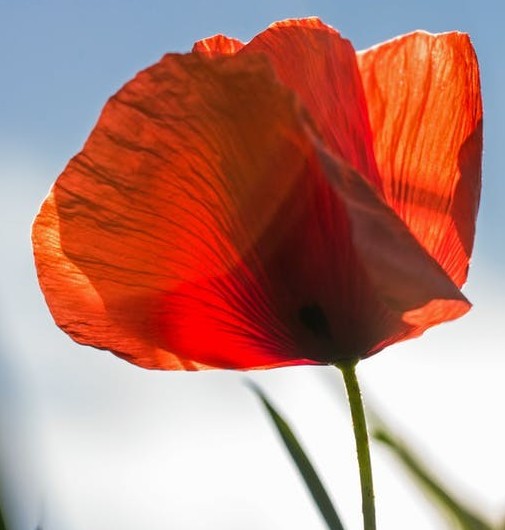 A french woman organized a group made up of French women, children and veterans' to make and sell the red silk poppies after she helped to convince the American Legion to adopt poppy as their symbol.

She organized the group in France in order to help fund the restoration of Warton France. Millions of poppies were sold.

The proceeds went towards finding housing and employment for veterans',

That following year Major Howson set up a factory in England employed by disabled service men to make fabric and paper poppies. Other nations soon adopted the same idea.

Even though this is normally used for memorial day, here in the U.S., there are still some American legions who sell the poppies to be worn on veterans' day.

To all of you who have served your country

Below is a picture of my awesome husband who is a veteran and our youngest daughter. 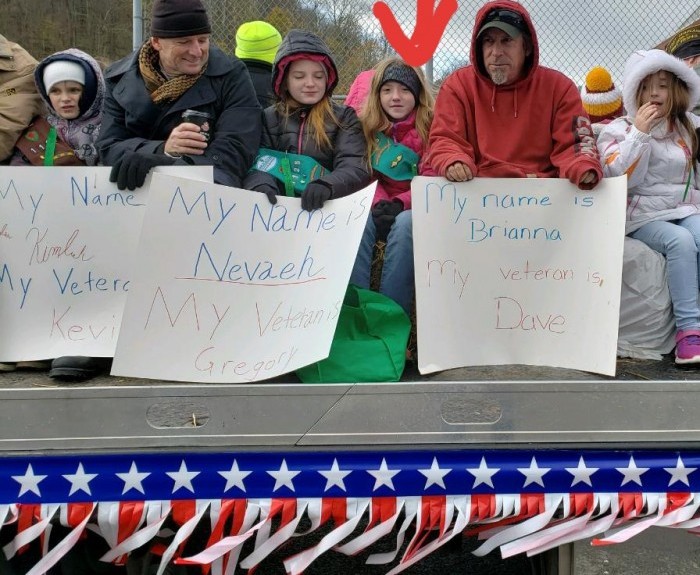 Our girl scout troop takes part in the yearly Veterans Day parade. My husband held the poster board so that it wasn't hidden behind another as it was limited space.

The trailer was jam packed on both sides. I walked behind passing out flags to those who wanted them and thanking the veterans who were spectators.

We pair each girl with a veteran to ride with. If one of our girls does not have a veteran or know one, we find them one.

The girls look forward to this every year. After the annual parade we go to our local military museum where the girls are educated on many levels about the different armed forces, wars and those who served.

This is one way that we can educate them on what our service men and women do to protect their country. The girls love being involved and showing their respect.

Wishing you the best in all you do

Write something…
Recent messages
Happy2Learn Premium
Nice bit of back ground info. Thanks for sharing

I definitely enjoyed researching it.
There is actually more to it, I was just running out of time.

Reply Like Like You like this
Wdcope Premium
So many relatives starting with my father served in what they called the great war, from the Navy, Marines, Air Force and Army. Very proud of their service and all the other brave men and women you have served. God Bless America!

Reply Like Like You like this
LeeMcQuay Premium
@Wdcope
Thank you William and I agree with you.
So many sacrificed everything in order to give us freedom. For those who have made it home, most are no longer free. What they have been through takes their freedom away.

We owe them and their families more than we can ever repay.
Thank you for sharing with us.

Reply Like Like You like this
LeeMcQuay Premium
@DebbieSt
Absolutely Debbie. No matter who served what country, they did it to protect that country and those who live in it.

Veterans deserve so much more than what they receive.

I know your husband is a veteran, please thank him for his service. To any other veteran here in WA, I want to thank you as well. It's because of the men and women who serve, and have served, our country that we can live the life we do!

Reply Like Like You like this
LeeMcQuay Premium
@jlclayton1
Thank you Janelle. I will certainly tell him.
Our girl scout troop takes part in the Veterans Day parade every year.

If the girl doesn't have a veteran in their family or one that they know, we find a veteran to ride beside each girl during the parade.

Our daughter loves having her dad beside her.
I will be adding a picture of them in the parade.

I took it with my husbands phone and he is out of state. When he sends it to me, I will add it.

Your thoughts and kind words are greatly appreciated my friend.
Wishing you the best in all you do
Lee Ann 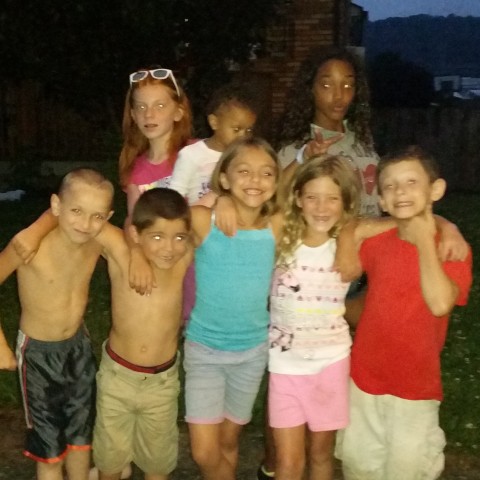