But sometimes when I would be talking with someone I didn't know well, and the topic of conversation was one in which I felt pretty well versed, I would find myself thinking that I really knew more on the subject than the other person. Of course that was only from my perspective. But because I had that thought, I would kind of mentally dismiss the person. The fact that they may well have known a great deal more than I did about everything else, really wasn't a consideration. I didn't give myself the chance to find out. And so I ended up being the big loser.

If I had just gotten out of the way of my ego, I would have likely benefited in numerous ways. And who knows, the other person may have benefited from what I could have brought to the table. Hopefully I've learned a little over the years. And at the top of the list is the realization of how limited my knowledge actually is. (Being in WA has certainly emphasized that fact.) So, here's to a little humility!

Write something…
Recent messages
producechick Premium
I've certainly learned that here! Jumping into something that I had absolutely no understanding or concept of how it worked. I'm learning everyday, and enjoying it. But it has come with the price of humility for sure! Good luck on your continued success!

Reply Like Like You like this
mama2karsten Premium
The good news is... you are not alone. We have all learn that lesson, in one way or another, at some point in our lives. The question now becomes... how are you going to use that knowledge about yourself to become everything you can be and more? My bet is... you will use it wisely. See ya at the top! :) 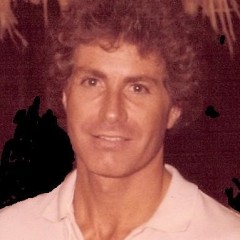