Ghost in the Mall bathroom !

I finally get to tell my ghost story as I promised a W.A. member a few weeks ago.

It was about 15 years ago I had a contract to renovate 8 bathrooms in a mall.I had to install new commercial lino tiles and paint all these bathrooms.

It was a lot of tiles and paint and the work had to be done after 5pm.

So, my wife wanted to go with me to keep me company and also help a bit.

It was on the 2nd floor of a 3 story mall that I started on the ladies' washroom.

Now when you lay lino tiles you need a heat gun to heat up the tiles so they will cut like butter and it's a lot easier to lay them, oh oh there goes a trade secret, ha ha.

So, I also use a separate breaker plug so as not to blow any breakers in the mall.

As I worked on this small men's bathroom next to the ladies' bathroom where my wife was working scraping the floor, I heard here say what are you doing in here we are working in here.

This was the first night working on these two bathrooms and the next night I heard here talking to someone again but I was busy working and never thought too much about it.

Finally, I got to start on the much larger ladies' bathroom right next door to the men's bathroom I had been working on.

So, when I plugged in my heat gun the first night in the ladies' washroom I blew the breaker, it was pitch dark my wife panicked and ran into the wall.

I said are you OK ? Why are you panicking?

She said I have to get out of here. I said it's just the lights going out no big deal.

I said I will have to get the maintenance man to turn on the power which was in a very large room right above us with dozens of breakers.

So, with the lights on again we continued working but the lights would go out 3 more times before I finished that bathroom, really weird.

It was only this bathroom where it happened.

The final night that I was working on this bathroom I happened to cutting the last piece of tile.

Suddenly from my right eye I noticed a young lady come through the wall where the men's bathroom was and glide across the room.

She had short hair a pleated skirt but I don't remember seeing any legs.

She was all white and went right across the room right through another wall.Well, I thought holly smoke did I just see a ghost ?

Then I got up opened the bathroom door and there was my wife scraping the hallway floor.

I said did you see anyone come into the hallway ?

Of course, she said no, and then I thought wow I finally saw a ghost this is really cool that's all I could think I saw a ghost.

When we got home it was a little after midnight and we were brushing our teeth in the bathroom I said to my wife I have to tell you something.

I saw a ghost in the bathroom tonight.

She said what did it look like?When I described the ghost to my wife she said she saw her twice and a little girl also !

She said the first time she saw the older girl go into the bathroom stall she said hey you can't go in there we are working in here.

That was the time I had heard her talking to someone.

My wife said she finally pushed the stall door open because the could not see her feet so she thought the girl was squatting on the toilet.

When she opened the stall door the girl was gone ! My wife said the hair on the back of her neck stood up !

That's why she was so scared when the lights went out and didn't want to tell me about it because she thought I would leave the job.

The funny thing also not only was this the only place in the entire mall that the lights went out but the company supplying the tiles gave me the wrong tiles to put down the first night.

I was to glue them down and I had already put down a lot of glue .

Luckily it was black commercial glue and it takes 24 hours to set up.

So I had to barricade the bathroom door place signs wet glue rush to my supplier first thing in the morning and rush back to the mall to place the tiles.

So, that's my ghost story, if you didn't believe in ghosts before this story maybe you will now.

Thank goodness it was a friendly ghost.

My next story is my encounter with an alien, stay tuned !!!

if you have a problem reading this blog i tried editing 4 times but unlike before it will not keep the spacing i edited ? One more try by my smart phone

Write something…
Recent messages
ExpatMark Premium
Thanks for sharing. You never know.

Reply Like Like You like this
Johnpavich Premium
@DebbieRose
I know I wonder who the girl was ? There is a funeral home only a few blocks away ! , but no graveyards the city of Richmond is on a delta .

Reply Like Like You like this
Rich908 Premium
Many years ago, I rented a house in London. Whenever I went down to the basement I could not wait to get out of there quick enough.

My friends would hardly stay longer than thirty minutes.
My wife said she always felt some presence in the house and was not happy in the house.

A neighbour across the road told us that a man was murdered in the house many years ago. Need I say more?. We packed immediately.

Reply Like Like You like this
Johnpavich Premium
@Rich908
My fathers ghost is often seen by the lady who bought my father and mothers old house.
She said he is sitting on her chair in the corner of the kitchen laughing his head off.

When my mother was alive she said they had many dinner partys in that little old house and he was always telling jokes, I guess that's where I get that from !

Reply Like Like You like this
aniruddha123 Premium
I take that. I know the formulae to deliver them as well. When we recite the hare krsna mantra they get the salvation. 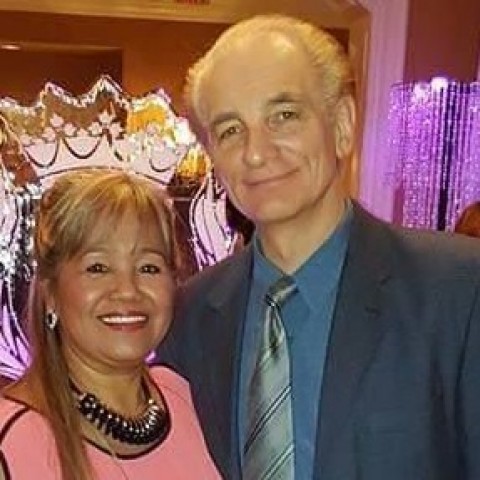