Ken Envoy Is At It Again: The Continuing Saga Of Solo Build It!

The only reason I got the email is because I'm an affiliate for Solo Build It!

I'm an affiliate for Solo Build It! is because in the training here at Wealthy Affiliate, Kyle Louduon emphasized "not to leave money on the table" by not becoming an affiliate for other companies.

The Problem With Alexa Rankings

I don't particularly care for Ken Evoy's tactics or Solo Build It's fake cherry-picking of facts.

Ken Evoy loves to keep mentioning that Alexa rankings prove that websites built with Solo Build It platform out perform and out rank websites built through the Wealthy Affiliate platform.

What I find interesting is a report from a well-respected SEO expert named Rand Fishkin.

You can read the entire article here at Moz.com. 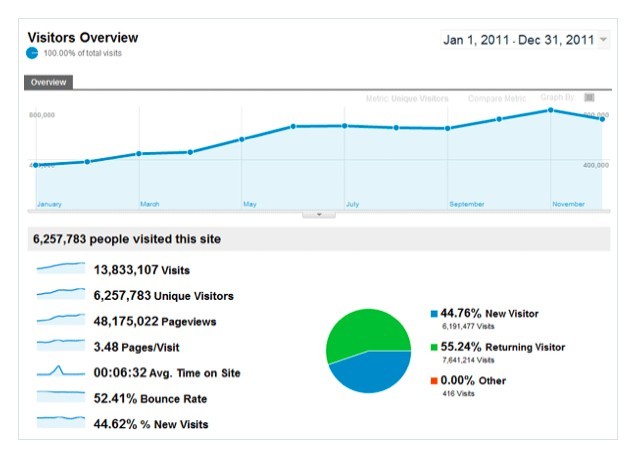 Here is Moz.co traffic data from the same period from Alexa.com 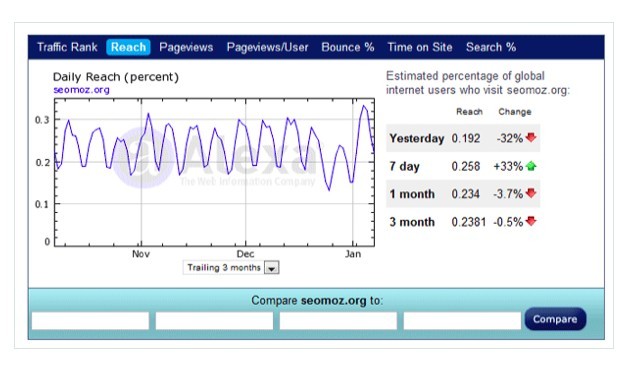 Rand Fishkin Got It Right

Fishkin then goes on to make this point:

"Above is Alexa's estimate of SEOmoz's web traffic for the past few months. It's hard to tell how accurate they are, because they're not showing any exact numbers, only 'percent' of 'reach.' They do correctly note that traffic was down in December..."

"Historically, Alexa showed a much longer timespan and much more inaccurate data, at one point estimating that our traffic had dropped year-over-year since 2009.

Now, Alexa's ranking us as the 472nd most popular site in the world, which is definitely way, way off."

Let me make sure I have this right:

Rand Fishkin from Moz.com, a SEO "guru", has shown that Alexa rankings are inaccurate!

These are the very same Alexa rankings Ken Evoy and Solo Build It uses to trash Wealthy Affiliate's SEO rankings.

Please understand that Rand Fishkin and Moz.com are HIGHLY respected when it comes to SEO research and has been for years.

What I like about Fishkin is his research is based of FACTS, not emotion or deep-seated dislike masquerading as objectivity.

Therefore, Solo Build it's long-standing point that Wealthy Affiliate websites rankings are garbage are based on inaccurate facts at best.

But wait...It gets better.

Another well-respected SEO "guru" Neil Patel at NeilPatel.com also did a actual comparison of Alexa rankings ON HIS OWN WEBSITE the same as Rand Fishkin did.

Patel's blog post is "How Accurate are Alexa, Compete, DoubleClick and Google Trends?"

This is what he found in part from statistics on HIS OWN website regarding Alexa acuracy:

Let me repeat that:

According to Alexa the percentage of visits received from search engines was 6.5%

That is a HUGE diffrence!

You can read the entire article here from NeilPatel.com.

Ken Evoy and Solo Build It Don't Present ALL The Facts

The bottom line is we live in a very treacherous time in which people exchange the truth for the lie and uphold the lie as fact.

Not presenting ALL the facts does a tremendous disservice to individuals who are just looking for the best option for themselves and their families.

People today are blinded by animosity and are not open-minded enough to make reasonable decisions.

Everything I've read from Solo Build it! regarding Wealthy Affiliate has been 100% negative.

Ken Evoy's main beef is the reviews from YOU, the average Wealthy Affiliate member, on his platform Solo Build It!

In Ken Evoy's mind Wealthy Affiliate members are we a bunch of jerks.

Some SBI members even feel WA is a cult!

Evoy feels all of the reviews are biased, ignorant, and lacking integrity.

Last I checked, we live in the United States of America where Evoy is entitled to his opinion. That doesn't make it correct, but he's entitled to it.

You write your review and make your point.

Make a comparison if you feel the need to do so...

Have your say...THEN MOVE ON!

Ken Evoy has NOT LEARNED how to MOVE ON...

Understand this point: the admins at Solo Build It are counting on the fact that you aren't intelligent enough to do your own due-dilligence and find the truth for yourself!

The FACT is Alexa as a tool for ranking websites is inaccurate and flawed at best.

In conclusion, at the moment I'll keep my affiliate link with Solo Build It!

The bottom line is this is a business.

It's really hard for me to promote a platform owned and maintained by people who literally HATE Wealthy Affiliate.

However, as Kyle mentioned, "don't leave money on the table..."

Regardless how I feel, there are going to be people who will choose Solo Build It! over Wealthy Affiliate.

If they do, I want to profit from it.

Be Relentless...Don't Leave Money On The Table!

Write something…
Recent messages
DaveSw Premium
Yes, Solo Build It does seem to have a real heartache with Wealthy Affiliate...I have seen some of their mails and posts/comments in various places...

I have even had fellow marketers unfriend me because I have defended Wealthy Affiliate on various Facebook groups. When other marketers slam the platform with no facts, only innuendo (and effectively do the same as what they accuse Wealthy Affiliate members of doing) I call them out...

Who was it that said, "Frankly, Scarlett, I don't give a damn!" (or something like that hehe)...

Bottom line is that statistics lie and liars use statistics. That is what I was told a long time ago, and 99% of the time from my data this has proven to be true (hehe again)...

Did you catch what I just did? There are lies, damn lies, and then there are statistics... ;)

Reply Like Like You like this
don1rock Premium
Hey Howard,
I checked out both Solo Build It! & Wealthy Affiliate. I finally chose WA & am happy I did. This article affirms my choice. Thanks.
Don

Having used this platform to grow so much, I also feel quite defensive for the community 🙏

On another note, this type of "platform" beef sure reminds me of political pudit-ism, in a way.
For example, content like his "attacks" sure generate a lot of attention and emotion. Perfect for any marketer that is capturing attention.
The angle being that - at the very least, those who subscribe will be on a "winning team".

Anyway, I have a hunch that anyone who is actually successful in using both, or at least one of these platforms would not have the need to maliciously slander the other, other than for marketing purposes.
I personally try not to engage with content like that, anyhow.

Thanks again for informing me about the Alexa searches! It's good to know people are out there trying to find the truth 👍