JetPack.. The don'ts and don'ts

I wanted to write a quick blog about the virtues of using the JetPack Plugin....

In short there are none! I installed it and it started messing with my site straight away, in that my site could no longer accept comments as the captcha box had disappeared so no one was able to post a comment to my site!

I asked about how to fix it on the chat and got this response from @Rich:

@GregRobs It's 14-in-1 useless rubbish that puts a massive overhead on your site. Most people only use it for "stat-watching". If you run P3http://wordpress.org/extend/plugins/p3-profiler/you'll see. It makes endless calls toWordPress.COM Ditch it!!"

So I deleted it and everything was good again! RIch also posted this on chat:

"@GregRobs I've deleted it at least a couple of times via FTP last month after it locked up people's sites so they couldn't log in. However, one of them was a siterubix so they had to start over. It's a NIGHTMARE!!! :)"

So for anyone thinking of using this plugin...In short don't, you'll be wasting your time and if you're using a siterubix site you will lose your stuff and will have to start again!

Write something…
Recent messages
Trialynn Premium
I have heard nothing but bad things about this plug in! In addition to all the problems you mentioned, it also makes a site load slower!

Reply Like Like You like this
GregRobs Premium
Hey Tommy, yeah, I think Rich was getting a bit frustrated at hearing about this awful plugin, he's been helping others fix their sites after they installed it and asked that I write a short post to hopefully warn other not to make the same mistakes!

Reply Like Like You like this
GregRobs Premium
Thanks Beverly, I was asked by Rich to post a blog, as he's had to help out a few people to fix their sites. Reckon it's a common enough problem to write a quick post to help others before it becomes a problem for them too!

Reply Like Like You like this
mikegaudreau Premium
Bloatware as one other member refers to it as. I used to use it but found it really added no value. They should rename it to Jestware.

Reply Like Like You like this
GregRobs Premium
Hey Mike, thanks for that, lol it was very frustrating for me. But Rich as ever was on hand with the remedy! 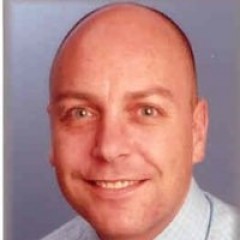