Battling the Fear of Making a Video

Hello dear friends and fellow entrepreneurs! Hope all is well personally and business wise. Today, let's talk about one of my biggest fears. Making a video. And what's even worse, making a live video. How can you get past that fear. I know it's pretty paralyzing. Everything is fine. You're excited about getting a vid on YouTube. You know what you're going to say. You've said it over and over in your head. You've made notes. You hit the "record" button and...

Blank. Uh...Uh...stutter stutter....crap! You hit the stop button. Luckily it isn't live. I've done it live before, lol. What's even worse, I've even done about a minute and a half Fb live and didn't know the video was on! I was getting everything in position, angling the phone to get a good shot, saying "test, test". Then when I reached up to hit the "Go Live" button, i saw the "recording" red light going. ARrrrrrrghggghhhhh!!!!! But, you know what? I left it the way it was. I didn't delete it and do it again. At least it's real. I'm only human. Well, maybe these days a bit more senitle human, but...

Anyway...how can you get past the fear of the video?

What Are You Afraid Of?

Ok, you're probably afraid of messing up. You're afraid of looking stupid. Afraid of stuttering around, or forgetting words, or getting stuck. You're afraid of people laughing at you, of making fun of you. People then thinking you don't know what you're talking about.

What's wrong with this picture? Who are we talking about here? YOU! Who are you making the video for? NOT YOU! By worrying about how you come off to people, or the way you look, etc, it's actually being selfish. Why? Because you're making the video to help someone. To make an impact upon someone's life. It's not about you. This is not your world and they're just passing through. By putting off making your video, because of whatever fears that are focusing on YOU, you're robbing someone of a learning experience. Of that possible impact on their life. Look at your video making in this light and it may change the way you fear it so.

You're Going To Suck!

Fear of not doing it good or doing a bad job? Well, get over it! Honestly, you're going to suck! Your first time will probably be horrendous unless you're just naturally gifted. So accept this and move forward. Stephen Larsen was the first to tell me this. I was worried about not being good my first time, and he smiled and I figured he was going to say, "Ah, you'll do fine." but instead, he said, "Yeah, you're gonna suck! But don't worry about it! You're first time probably no one will be watching you anyway, lol". And he was right, lol.

Most all of us have the same fears. But, you know, it's good that you're going to mess up, because that's how you get better. So, go into it hoping you mess up so you'll learn what not to do the next time, and the next.

It's fine to even set up the video in the beginning and say it's your first time or it's hard getting out of your comfort zone, so please be patient. Your human, so be human. You'll actually come across better being transparent and folks will relate better to you.

One little trick I've got that really helped me in the beginning is, when I was doing my FB Lives, I was pretending I was talking to my best friend. I pictured him sitting in front of me on the other side of the desk and was telling him whatever I was trying to relay to my group that day. It worked wonders for me. Now, I've become friends with so many in my group, when they come on during the Live, I feel like I AM talking to my friends because I am. But, until they show up, I still pretend I'm talking to my best friend.

You may be fearful about doing the video because of someone hating you or your message. Well, in this online business, there are lots of haters. (people who say bad things about you or your message) My circle of friends say you haven't hit it big until you have haters. If you don't have haters, you're not doing something right. It's just part of this business and you'll have to learn to handle it.

If someone is being a hater of your video , and you know they're wrong and you're right, and you've been honest and transparent about everything, then simpley ignore them. Generally, haters are those that haven't succeeded to where you are and trying to make themselves feel better.

Now, if you have a hater, and they ARE right, and you've made a mistake, which we all do, then simply correct the mistake, say that you've corrected it and thank them for pointing it out to you.

But, don't let fear of haters stop you from doing your video. You can Google any big leader, or deity and you'll find someone saying something bad about them. No matter who they are.

Frank Kern said in his book, and I'm paraphrasing it, "Don't be that guy/gal that say to your son/daughter, 'I'm so happy you got accepted into Harvard, but we can't pay for it because we're worried that ass, Jim so-and-so who scored 69 will say bad things about us".

In other words, don't let someone that hasn't got a clue, that doesn't work as hard as you, that hasn't paid the piper, is too lazy to even try, stop you from doing something that's going to get you closer to your big WHY!

What you hear about the big gurus, the Tony Robbins, the Russell Brunsons, etc, the David Sharpes, Frank Kerns, etc starting out like us is true. They all started from scratch and they all sucked. But each time you do it, you'll suck less, and then less and then less and after only 10 or 20 videos, you'll go back and watch your first one and say, "OMG, I can't believe I published that!" But, you did, And that's fine.

I've said in earlier blogs, don't worry about getting it perfect. Just get it out there! You'll learn and get better as you go.

Write something…
Recent messages
Aussiemuso Premium Plus
Grant you are so correct. I guess you just have to give it a shot. I know I should be doing guitar or singing lessons on video but I keep putting it off. To be honest I keep thinking who would want to look at this old face.

You have given me courage.

Reply Like Like You like this
ValerieJoy Premium Plus
Although I've never made a video and have feared the idea over the years, I don't worry these days about the hate and all that stuff. And that has come about through seeing some rather awful videos on YouTube. But, I don't criticize because those people at least gave it a go.

What concerns me is the technical side such as sound and lighting. I've heard Jay, in his video training, talk about correct lighting. Well, there's no way I can go for sophisticated equipment. Therefore, I remain one who has not gone visually live online.

Reply Like Like You like this
GrantSudduth Premium
@ValerieJoy
These days, you don’t have to go through all that. Although it’s sometimes nice to have that polished look, I’ve made most of my money from videos I did with my iPhone. Don’t over think it. I paid about $30 on amazon for a stand for the phone that included the light Just do it!

Reply Like Like You like this
ValerieJoy Premium Plus
@GrantSudduth
That's fantastic, Grant. I didn't know a stand such as that was available. As I live in NZ, exchange rates plus GST and some other tax are applied, I'll take a look in our local technology stores. However, I'll check it out first on Amazon so I know what I'm looking for.

Reply Like Like You like this
Rich908 Premium
I will be needing your comments on a video .. I am running a workshop next month where I have to talk and interact with the audience. Fear paralysises us

Reply Like Like You like this
JKulk1 Premium
One day I'll do my first video. I realise it's something we all have to utilise if we are to succeed in Affiliate Marketing. It's not that I am afraid to do one but rather that I actually hate videos myself, I'd much rather read about a subject then watch it. Jim 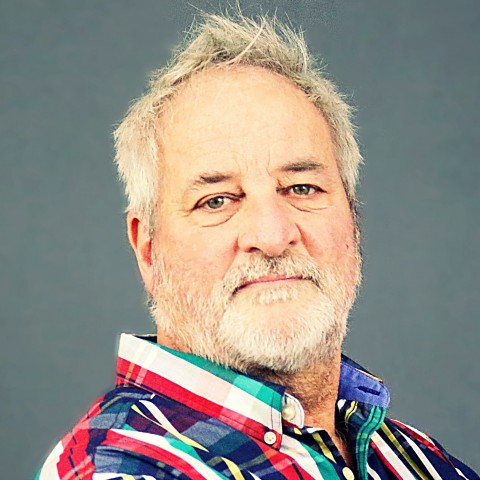 6Years
View GrantSudduth's Profile
Follow grantsudduth
GrantSudduth's Posts
68 posts
View all
Stop Spinning Your Wheels
10 comments 21 likes
Where Do You Find the Time?
7 comments 16 likes
How To Be Head and Shoulders Abo...
6 comments 13 likes
Don't Be Desperate!
6 comments 21 likes
Battling the Fear of Making a Vi...
8 comments 16 likes
What Is Your Money Blueprint? A...
5 comments 14 likes
How To Build An Email List and W...
14 comments 15 likes
Five Things To Know Before Choos...
12 comments 15 likes
What Is Affiliate Marketing? An...
4 comments 14 likes
The Top Four Online Business Mod...
11 comments 18 likes
Hold Tight!