Over the last several weeks, I have seen several members promoting what are clearly pyramid schemes. As a result, I wrote and posted a review of one of the business opportunities. The bizop was obviously a hazard to your wealth.

Furthermore, I decided to write this post as a means to educate members who are unfamiliar with pyramid schemes as opposed to legitimate network marketing or multi-level marketing (MLM) companies.

What is a pyramid scheme

The current definition arose from a 1975 court case "FTC vs. Koscot Interplanetary," an MLM cosmetics company. The court created what was called the Koscot Pyramid Test. The Koscot Test has the following four parts:

The FTC and state regulators have applied the Koscot Test to every suspected pyramid scheme since then. 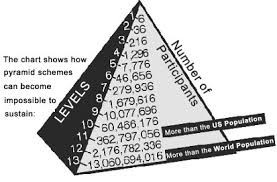 Industry has been pushing Congress to write legislation defining pyramid schemes (beneficial to industry). Left to the states, a legal business in one state could be deemed illegal in another.

However, consumer groups have been opposed to industry efforts to loosen the rules. The groups feel the legislation undermines the FTC’s ability to protect consumers from pyramid schemes.

There is no U.S. federal statute that defines pyramid schemes or makes them illegal.

In 2016, a group of U.S. lawmakers (28 co-sponsors) wrote and sponsored a House of Representatives bill H.R. 5230 – Anti-Pyramid Promotional Scheme Act of 2016 that would finally define what a pyramid scheme is at the federal level. The most important part of this legislation is that it defines internal consumption. This meant customers who are also distributors or members would be considered “consumers.”

Considering members as consumers would enable MLM companies to develop compensation plans based on the purchase and consumption of products by downline distributors rather than retail sales to third persons. This would negate part of the "Amway" rule regarding the requirement that 70% of distributor sales had to be made to retail customers. Otherwise, the distributors were not eligible for Amway performance bonuses.

H.R. 5230 died without passing when the 114th session of Congress ended.

However, the FTC litigates what they consider to be illegal pyramid schemes using other statutes, mostly related to fraud. Recently, the FTC shut down MOBE through the federal court system as a fraudulent business education program. The FTC alleged that MOBE representatives falsely claimed their business education program would enable people to start their own online businesses and earn substantial income.

Clearly, the FTC makes a distinction between legitimate MLM companies and those that cross over into being pyramid schemes based on the Koscot Test.

Critics may not like the MLM business model because of abusive practices. You can say, they are awful, but lawful.

What is the MLM business model?

Corporate business models define howcompanies operate. Among other things, the business model includes marketing, distribution, and revenue models. Part of their marketing strategy is to define how they will distribute its products.

A company may choose the MLM business model for several reasons. First of all, it reduces cost risk by transferring some selling, general and administrative (SGA) costs to the independent distributors. Independent distributors are responsible for recruiting, training, motivating, and supporting their sales forces with some oversight from the corporation. Lack of oversight got Herbalife into big trouble with the FTC.

Briefly, the revenue model includes the pricing model, which consists of price details and structure. Since SGA responsibilites and associated costs have been moved into the independent distributor network, The product unit costs should be lower since they do not include SGA costs. This enables the company to pay the multi-level/downline commissions.

The FTC has shown that they do not like matrix plans, particularly those that go beyond four or five levels. A non-MLM corporate sales organizational chart may show four or five levels (branch, division, state, regional, and national). Revenue models and cost structure normally won't support distributor payments beyond the fifth level.

What are the pyramid scheme and scam warning signs?

Business opportunities may be scams if one or more of the following warning signs are present.

Please share your experience with pyramid schemes and scams.

Write something…
Recent messages
CarolMeador Premium
Thanks for sharing this important info.

Reply Like Like You like this
FKelso Premium Plus
Iit's such a fine line. I was contacted twice for schemes that were definitely pyramids. However, I didn't get involved. I was, however, involved in a MLM company for 10 years. I loved the company and the products, though it was hard work moving forward. I finally had to quit because the MLM was taking time I needed for my shop.

I think we have a good company here with WA, and hope all members realize that.

Unfortunately, it can be tough competing against the promises from the get-rich-quick crowd.

Reply Like Like You like this
cld111 Premium
I've been doing a good amount of research on MLMs (and I was in one or two...or 3 in my time - lol) and gosh, they are so borderline pyramid schemes. Every one of them.

But they all sneak in the legal area because they have products they can sell retail to people.

Anyway, this isn't to knock anyone who's a distributor. I get it. I got caught up in it too. And I know they're legal. (Though many of them get sued for being pyramid schemes.)

I'm not totally sure which companies you are referring to here that are legit pyramid schemes. I'd love to know because I have some suspicions...

However, I am planning on reviewing and writing more about them for my website.

Reply Like Like You like this
EHR Premium Plus
I had a couple try to get me into Herbal life. The reputation was already out there and I am glad to say for once I walked away.

Reply Like Like You like this
GlenPalo Premium
@EHR
I haven't seen a Herbal Life promo in ages. I guess the lawsuit and settlement took the wind out of their sales.

Reply Like Like You like this
GlenPalo Premium
@Carson2
Yes, there is lots of info there in 900+ words. It has a little history to show how we got to where we are. 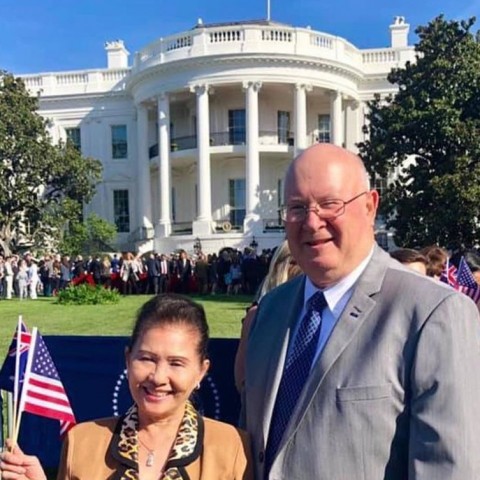