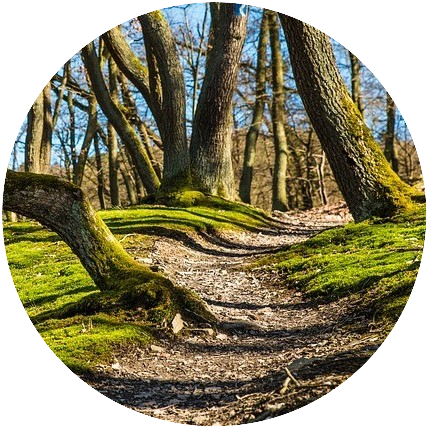 For various reasons, I've been on rather a long extended break from WA.

With the recent retrenchment of my wife from her job and the level of my online success being where it was at, I needed to return to work.

Side note: I'm not sure what the familiar term for retrenchment is for you, but it just means my wife lost her job - another company merger meant that numerous staff were laid off - my wife was one of them. I also suffered the same demise previously.

Unfortunately, it seems that when your 'number' is north of 50, you're deemed to be incapable of performing a job to any degree of competency, particularly when you've been out of the work force for a few years (as I had been), and so you end up taking what you can find in order to get back into the work force.

For me, it meant taking a role that entailed using public transport - an hour and 40 minute train trip - working to a work roster that left me extremely time poor and pretty exhausted.

It felt a little like being on a road to nowhere, wondering through the wilderness, feeling a little lost.

I wanted to follow Bo's group to get back on track with my WA journey but that soon fell away. I don't like making excuses, but I was struggling in many ways. 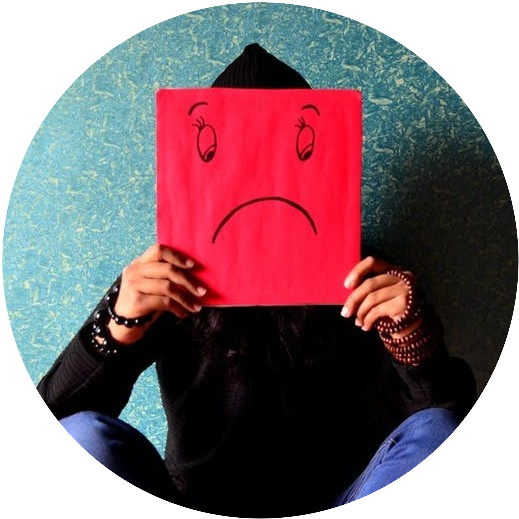 I also wasn't happy that I had this fantastic membership that I had paid for and not utilizing it but the problem I had was that in my state of unhappiness, I was also very confused as to which direction to follow in my WA journey. I had started so many websites trying to find my way, but I just wasn't getting any traction at all.

I have ideas, but I don't know where I am going with them, so I end up stopping.

I know that I love being here and I do enjoy doing this. I enjoy the community. I love the support. Everything is pretty amazing. So why am I not making it? Well, it's probably why there are a whole lot of others who might say "this doesn't work! I give up!!"

It's because I haven't been consistent ... at one thing ... like my life depended on it! I've been all over the place.

I started with my dog jerseys site - based on Jay's snack helmets site. I put a lot of effort into it but it was my first and I had no idea what I was doing. I just followed Jay's training and put together a site about dog jerseys while I followed the NFL season. Except, it really didn't have anything to do with dog jerseys, per se. A lot about football; Not much about [dog] jerseys. So it didn't work i.e. no sales ... nudda. 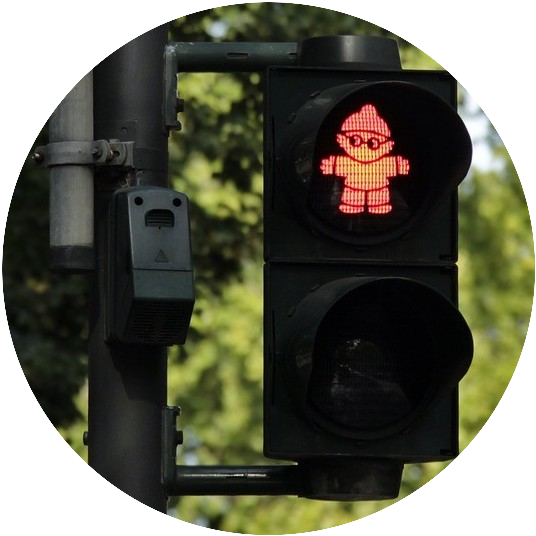 I thought I would start a WA kinda site i.e. a la bootcamp. I had quite a bit to write about here but of course ... I stopped.

Then I thought I would start something up about beekeeping. Why? Well, it's something I have wanted to do for a long time and planned to make a start at beekeeping and then track my journey from startup to ... well, buzzing along :) Then we had to move house so it didn't make sense to start anything until that was all behind us. I started a site, researched, read books like beekeeping for dummies ... and that was it. Stopped again! 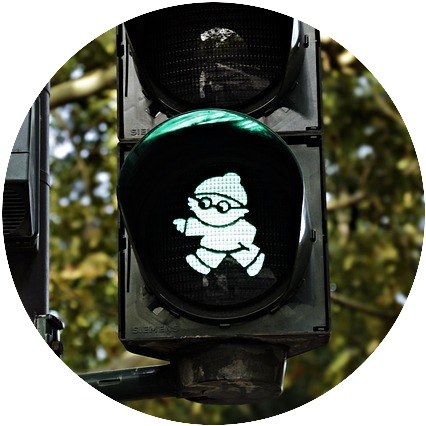 Previously I had thought about a coffee site - I love coffee, I have a coffee machine at home (barrista style - grind my own beans, tamp, pour, steam/froth my milk), have at least 1 coffee daily and make my wife a chai latte (she doesn't to coffee????). That one didn't make it beyond 1st base. Stopped again!

I started a site about pets (dogs) which was more at the insistence of my wife - she loves our 2 little poodles beyond belief. Not that they don't mean anyting to me, but she's totally passionate about them. Yes, the idea was for her to run with it - that didn't happen and I just didn't know where to take it to myself, so I, wait for it ... I stopped that one.

So as you can see, with all the start/stopping, it's little wonder that nothing has worked. I own that but for those who may be in the same boat - please know that this [affiliate/on-line marketing] does work. We have to work at it and be totally committed and consistent AT ONE THING until it works. Then branch out to the next and as the saying goes - rinse and repeat.

So I'm back and things have changed for me ... I'm still in the same job but I now have a computer - my old apple computer is fixed after surviving a REALLY swollen battery - that I am able to use on the train trip. I don't have a network for the entire journey, but that's okay. I can at least do something on the train and make better use that time I have.

I am a little worried about the membership renewal coming up in November ... yes, I took advantage of the sale last year and took out an annual membership but I don't have the funds for the next renewal. So what next? 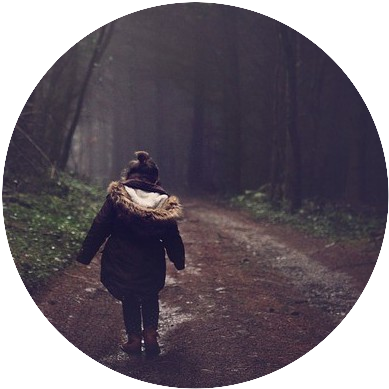 "A journey of a thousand miles starts with one step" ~ Lao Tzu.

So, I am back again, continuing on this journey that I started. I've got this!

Thanks for reading my musings.

Write something…
Recent messages
nurselizstar Premium
Oh, thank you god Gary, thank you! You have put into words what my frenzied mind was thinking! I have been sitting on my own WA membership for 2 months now, and have nothing to show for it minus a.com website and a lot of notes. I decided to back out of the entrepreneur boot camp and start the affiliate one. I have at this point been able to keep at it, but still feel like I'm in two separate places in two separate parallel universes. But, this time is slightly more focused. I was able to put a direct sales business to bed and another side hustle quickly leaving the house and giving me back my time and sanity. I have also had to give myself a stern talking to and threaten to kick my own butt if I don't make my WA experience a success! You see, I DO believe Kyle and Carson that WA IS a no brainier and if you just follow the training and apply what you learn, you can't help but soar like eagles! I DO believe it and you need to as well. We all want to feel that we are self-made people and yet, unless we are born with a silver spoon in our mouths or our rich uncle is about to leave this world but leave you his riches, we can't be self-made, we need to rely on the help of others and learn from their successes. That's how I look at it, maybe not you, but I do liken my starts and stopping to you. I wish you nothing but success Gary and with this new start, remove the brake that you always have set in the past. I see nothing but clear sailing in your future! :-)

Reply Like Like You like this
gcd Premium
@nurselizstar
You're very welcome Liz and thank you for your lovely message. Yes, no silver spoon here :)
I love Erin's post the other day about "seeing it to believe it". I read a similar article actually that we need to believe it first and then we'll see it. That, after all, is what faith is, isn't it - the substance of things hoped for and the evidence of things not yet see i.e. we need to see it (visualise)/believe it first.
We've got this Liz :)

Wishing you every success as well.
Take care and keep smiling :-)

That is quite a story! I can understand you were frustrated by this starting and stopping as it did not take you anywhere. Still, I think it is a learning process and it clearly shows how to do things in a different way in the future.
You say you have written various books but you did not say on what. Are these books to help people with certain things? Are these books Ebooks? How about a website where you offer these books to people? This a just a little thought I had. Anyhow, you will have to choose a direction and stick with it.

Thanks for dropping by and also for your comments. The books are children's books on Amazon (kindle and create space). Thanks for the suggestion :)

I know Loes has a lot of experience with children/websites perhaps she has a good idea what you could do with these books.
As you have written these books I think they are well worth a website. All the best.

Your conclusion is so right. Stick to ONE website

I just need o work out which one - after that we're away!

Reply Like Like You like this
Vickic3 Premium
Focus Gary and think about your WHY and you will fly this time
Goals- go for your Goals daily, weekly, monthly,,,, Goals Gary- lol
All the best
Vicki

Thanks for dropping by! 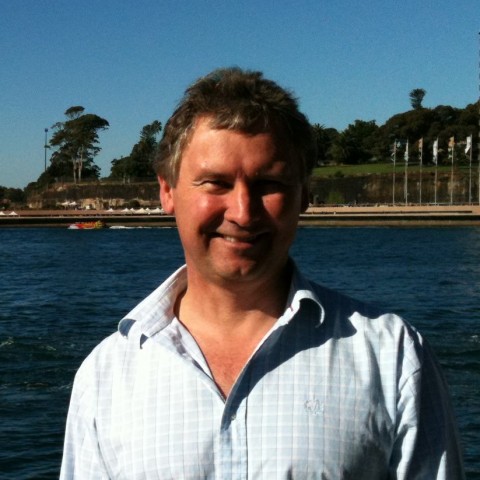