Let's not forget the reason why we joined Wealthy Affiliate

I joined Wealthy Affiliate with one goal in mind. That goal was to learn a tried-and-tested method of having a successful online business. I was ready to open myself up to learn as much as possible as quickly as possible, in order to enhance or expand my traditional business which I believe has run out of steam or should I rather say run out of potential.

My aim was also to access a wider and larger international market with more spending money than what South Africa has to offer. South Africa's economy has slumped over the last 20 years and is continuing to slide downwards. I do not necessarily want to leave Africa, although I can easily do it with my qualifications. The point is my current brick-and-mortar business has reached its limit and I am trying to get a little piece of the digital economy pie.

Did Wealthy Affiliate live up to my expectations?

The short answer is no it did not. BUT it revealed the truth to me and that is that my view and expectations were not based on reality. It was based on only listening to the successful stories that are being shared everywhere. We do not really hear about the failures and why it happened. The hard work required etc. It was after all my expectation and nobody else.

Am I stopping my Wealthy Affiliate membership?

No! Definitely not! At the stage of joining WA I just came out of a "making-money-online" MLM business model which is in my opinion a scam. This little exercise of the previous MMO platform costed me thousands of $.

I considered every little aspect of the previous platform and the golden threat that runs through this platform is the emphasis that are being placed on the "emotional" reasons why people joined the program. In a sense they have developed an art of tapping into the emotions of people looking for a way-out and then manipulating those feelings in order to get their hands on those poor people's money, who only wants to learn the art of making money online.

The program try to create a feeling of belonging, because this human need is very powerful force that can remove all sense logic when making decisions.

Leaving the "online family" becomes as difficult of a decisions as leaving your own true real family. Although the main reason why you have joined was to learn a particular skill and not to be part of another social group. Social groups are everywhere, easy to find and easy to join.

WA is not similar in many respects. You only have to attend or watch the WA live recordings of every week and experience the emphasis that are being placed on learning and for that I would like to praise Jay Neill. The way he handles the sometimes emotional, non-related, side-comedy remarks that are being placed by members during the live learning. Many times those comments have no or little bearing to the topic discussed and has no value.

Jay could have been easily side-tracked into the nonsensical world but in stead he remains focused on the training and the knowledge he wants to transfer that members like me really need and are eager to learn.

Are there any red-lights in the Wealthy Affiliate community?

For now WA is a happy family but I see signs in blogs and members' material being shared and labeled as "blog-top-picks" which over dramatized personal emotions, family relationships and updates.

I am not saying it is wrong, for me I have no-interest in those kinds of "learning" material and it is still relatively easy to skip past the waffle that are sometimes being posted and actually learn something that can benefit my online business.

I enjoy reading the financial figures and success that are being shared by certain members and I think there is value in it, by showing the results and to everyone else that it can be done.

BUT WA was marketed to me as a learning platform and this is the No1 reason why I joined WA and pay money for.

Material should balanced and once the tipping point have been reached where little or no technical learning are taking place, nobody is going to have a successful online business and actually make any money in the digital economy, which is the primary reason most of us have joined WA.

All the best and good luck with your businesses.

With other programs, one of the reasons why people get involved or are easily led to getting involved is FOMO.

The Fear of missing out.

I think that we have all at one point in our lives, been there.

With Wealthy Affiliate, there is no FOMO that has an immediate impact.

The only 'missing out' is that if you are doing business online, and do not have a website, you have missed out.

Thank you for sharing.

Reply Like Like You like this
JustAPerson Premium
Seems like a solid objective post. I agree the focus should be mainly on building an online business and not personal things. But, these two things are often related because we all need to work through things on a personal level that are directly linked to becoming a successful online entrepreneur.

For example, personal development... in particular our mindsets, is very much a personal thing but it also greatly limits or empowers us to succeed in building a business.

Also I don't care so much about just meaningless personal chatter or social groups... but I've definitely realized that having a small group of like-minded people to mastermind with is very powerful and something that has been lacking from my own life forever. And I also realized having one or two mentors provides a massive amount of value as well.

Again those things are definitely not the same as "social groups" and "communities" but I mentioned them because they are definitely social in nature meaning communicating with other people... just done in a much more focused way.

I wish you the best of success here!

Reply Like Like You like this
DouglasPlumb Premium
That is some great information for us all to take with us on our own journeys here.
All the best to you this year.
Douglas 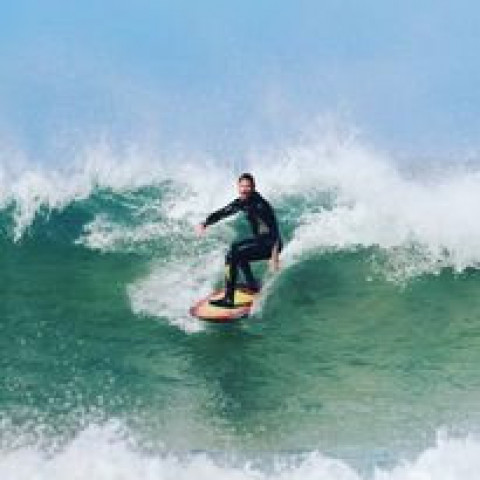