That's when I started and when Amazon was an awesome affiliate program.

Then they switched it to commissions were based on the product you sold. So if you sold an outdoor product it was always 5% regardless. Home improvement was 8% and so on.

It probably cost me 30% of commissions.

It was bad but not horrible.

Now they're taking products that you used to make 8% commissions on and now make only 3% on:

This is pretty bad and I would suggest getting out of Amazon and signing up for other affiliate programs.

Most of these niches have other affiliate programs with better commissions.

You may also want to get into collecting emails and selling through emails (you can sell Clickbank products after a series of emails and stuff like that).

There's a lot you can do still so don't be frustrated. But the Golden Age of the Amazon Affiliate Program is over and it seems to just getting worst every single year.

Edit: This definitely doesn't kill the best of strategy. I just wouldn't link only to Amazon. Link to multiple programs (you can include Amazon if you want) with your best of posts. Diversify!

Write something…
Recent messages
MarlaineB Premium Plus
Yeah... this whole Amazon slash HURT big time. So frustrated. I've been slowly trying to find and switch over affiliate programs for whatever products I can since then, but most items I've been promoting aren't much higher on other sites. Home Depot and Walmart etc are even lower than Amazon. Sheesh.

Reply Like Like You like this
dylanrieger Premium
@MarlaineB
Yeah it's tough. Have you looked into ads? It might be able to make up for loss of income and usually doesn't hurt affiliate sales.

You can always sell and start over in a new niche with a lucrative affiliate program and still do the buyer guides/best of posts.

For example, REI has an awesome outdoor/camping affiliate program where you earn 10% a sale and they're a household name.

Reply Like Like You like this
MarlaineB Premium Plus
@dylanrieger
I've been kind of disillusioned lately with the whole thing, which is not a great place to be. (Plus exhausted with the kids home all the time haha... no quiet time to focus on it. The Amazon slash, the core updates that SUCK... all that stuff.)
I'm not even remotely thinking of quitting... just maybe take it into a different direction. Possibly starting over somehow, in a new niche, maybe even MMO (although that kinda scares me), but as for selling my site... I'm not sure. Seems a waste to pass up years of future monthly income, even if I don't touch that particular site any more.

There's a lot you can do, though. Best of's and Amazon aren't the only way to make money online.

Reply Like Like You like this
MarlaineB Premium Plus
@dylanrieger
It can be quite discouraging when this happens. Thankfully my husband and I do not rely on this income, although without it things are much tighter.

I'm debating pushing myself to make a focused "go" again of my "best of" site... but I'm honestly getting so sick of writing best ofs and even individual product reviews after 2-2.5 years of it. Did that happen to you? Is that one of the reasons why you changed direction and dug into MMO?

I read your MMO niche story in your blogs here and it's a bit intimidating, thinking of the work ahead if I were to re-start and try a new niche. You doing it full time, and me, well, 10-15 hours a week in a gooooood week these days.

Reply Like Like You like this
Emmo1968 Premium
Having looked at other affiliate programs it would appear that a lot of them are following suit anyway. I noticed this a lot when I was doing research for my best niche posts. Many of them have slashed commission rates over the past few months. I only noticed this when I was checking out other review sites and they were saying that certain programs had great commissions up to 10% - when I then checked the sites they had dropped to 1 - 2% in some cases. If I look at most programs related to my niche now, not many of them are above 3% which is what Amazon is offering currently.
It is also important for the guys that are new to this to understand that Amazon is one of the easiest programs to get accepted for and might be the only option whilst you are building the traffic on your site. Many of the others will be looking for good monthly traffic to your site.
I know there are other options, but look around before judging Amazon as a bad move - it's always worth having them as part of your affiliate plan.

Just to confirm, I don't agree with what they have done, but they aren't the only company to slash commissions.

I do have some related questions. This goes out to everyone. Please feel free to comment.

First, though, I assume the following statements are true, but I may be wrong. So, again, please reply with your views if you disagree with any of these assumptions.

1) Those AMs who deliver value to their clients deserve to be paid well for their work.
2) Market structures change constantly.
3) We each need to regularly evaluate which partners are paying the most for our valuable services. Those are the partners who need us.
4) It only makes economic sense to serve those partners who pay well and who are honest in their own right.
5) "Google believes that pure, or "thin," affiliate websites do not provide additional value for web users, especially (but not only) if they are part of a program that distributes its content across a network of affiliates. These sites often appear to be cookie-cutter sites or templates [with] the same or similar content replicated within the same site, or across multiple domains or languages. Because a search results page could return several of these sites, all with the same content, thin affiliates create a frustrating user experience. Added value means additional meaningful content or features, such as additional information about price, purchasing location, or product category.*)


Question: What is the most time-efficient way to find good affiliate partners right now?

Question: Is it safe (sustainable) to use affiliate networks anymore?


My Experience So Far

Like many people here in the WA community, I am relatively new to AM. I must daily remind myself to focus on one core fact about our business that I would forget about otherwise. You see, I find that I am easily distracted by managing all of the moving parts needed to make a successful business, including finding affiliate partners.

In my opinion, I think we all know this, but for me, it bears repeating every day.

As affiliate marketers, we have one, core mission (and only one way to make money, when you boil everything down) - create value for 'our people' - our audiences - by providing unique, quality content and features online so those people are able to have better (i.e., easier, more informed, more fun) purchasing experiences than they would without us. Doing so is my definition of success as an AM.

If one does not deliver that value, then there is no reason for this kind of business to exist. Product manufacturers and service providers who create things of real value for other people will always be able to find their own customers without AMs (i.e., Amazon.)

So why are we here?
How do we become and stay relevant players in the market?

We need to become and stay experts at putting ourselves in the way of success by learning what 'our people' really want, and then figure out how to give them what they really want in ways that our affiliate partners cannot (or don't want to) do on their own.

And we must do it in an honest, ethical, and sustainable manner.

In my view, how people discover what they really want to buy will continue to evolve. Our 'core mission' as AMs must never change or there will no longer be a need for our skills.

Reply Like Like You like this
MuzWalker Premium
So, what are the best alternatives? I'm very new to AM and for my chosen niche, nostalgic gift ideas, I thought Amazon would provide the most varied affiliate solution. Which they probably do, but might not be financially viable if they're slashing commissions. Perhaps Etsy is better? Although I see they offer 4% on everything which surely isn't great. Any other good options out there?

Reply Like Like You like this
mcb247 Premium
@MuzWalker
Remember you could also promote crafting products for people to start their own business. They will then need a website, hosting plus other tools so although the gifts you will be recommending are small commissions there are many avenues

Reply Like Like You like this
donherby Premium
@MuzWalker
I started with amazon, because its simple to get going. I signed up with google alerts, they send you daily news about your niche. I found two unique products through google alerts that relate to my niche and I contacted the manufacturers and asked about an AP and they took me on right away. So my plan is to slowly try out others. I signed up with Rakuten, they are easy to get started with as well. all the best!

Reply Like Like You like this
MuzWalker Premium
@donherby
Thanks Don, funnily enough, I was just looking at Rakutan now. Still got the window open! Based on your suggestion, I'll give them a go.

Reply Like Like You like this
roysinOnline Premium Plus
Thank you for sharing. It is a good advice of yours to not put all the eggs into one basket. Remember to diversify to smoothing out the bumps in the road. 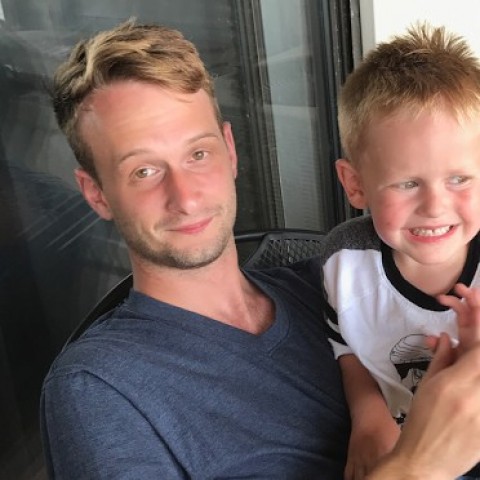