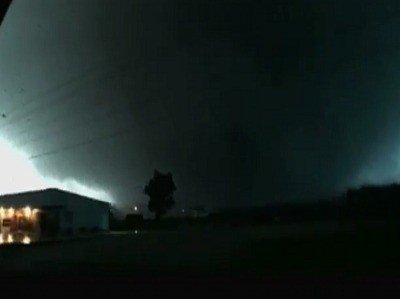 At 5:41 PM on this date 5 years ago, the most devastating and the deadliest tornado since 1950 hit the town of Joplin, Missouri. Over 158 people were killed and thousands were injured. The mile wide tornado cut a path across the entire town. This tornado was the costliest in US history.

Thousands of buildings and homes were completely destroyed. One of the reasons why this tornado was so totally destructive was because it took over 20 minutes to go 6 miles across town. It was a slow monster that just churned and churned. The tornado also had an eye which is very rare. Because of this calm eye and the slow progress of the tornado, many people thought that the tornado had passed them only to be hit again by the back side of the funnel.

Here is a very good video that is 22 minutes long but well worth seeing. I just watched it for the first time a few minutes ago and it instantly took me back to that day. I was just north of Joplin weather spotting for the weather service. My oldest son was on his way to Joplin to "hang out", but his friends changed their minds and they went to play video games at a house 15 miles north of town. Otherwise, he would have been at the wrong place at the wrong time. (he now listens to me when I tell him about the weather)

The video link will not post. It has no advertisements. It does not promote anything other than pictures of the town and the recovery process. You can PM me if you want the link. Sorry guys that it won't post.

The town was unrecognizable. I had been a state fire marshal and had worked in Joplin for a couple of years. Thousands of houses and buildings were gone. Sheds and trees and bushes and fences were gone. An area one mile wide and four miles long no longer had any structures still standing with the exception of the hospital and three concrete and steel schools. Two fire stations were destroyed so their equipment was useless.

I had started to write a book about this tornado. I interviewed several people. Many of the survival stories were nothing short of God directing the events. Here are two stories that are true to the best of my knowledge. Someday, I may be able to finish the book.

I also did another blog about this tornado with a story of a man who survived the ride of his life that day. Here is the link:

Here is a typical Joplin street before and after the tornado.

Hello, Here is a couple of stories from Joplin that day.

I talked with a guy who shared a story about his experience. Many of the houses in Joplin did not have basements due to soil conditions. Those that did, usually only had access from the outside of the house.

His house was this way. When he heard the tornado and realized that it was heading straight for him, he ran out the front door and went for the steps leading down to the small basement area. These steps happened to be made of wood.

He said that he started praying for God to protect him. The debris was flying and the sound was deafening. As he hit the second step going down to the basement, the wood broke and his foot became trapped. He now was outside with no protection except for God.

The last thing he remembers was the porch breaking apart and a huge portion of it was flying straight at him. When he came to, he became aware of his surroundings and realized that it was quiet and dark. He felt above him and he became aware that his jacuzzi bathtub was laying over him upside down providing a protected space.

He threw the tub off of him and looked around. His house was completely gone. Only the foundation was left. Houses all around him were also gone as well as several trees. He was protected with only a swollen ankle where his foot had been pinned by the stair step.

God was there without a doubt.

A woman was alone in her house with two toddlers. She heard the tornado coming and the only shelter she had was to curl up in an interior hallway. She held her kids down on the floor and prayed for God to keep her kids safe. She did not pray for herself.

The tornado began to tear the house apart and at one point, she felt her body being lifted off of her kids and off of the floor. She screamed for God to hold her in place. All at once, she felt as if someone was pushing her back down towards the floor. The pushing was so hard that she said it hurt her and was more intense than the constant bombardment of debris that kept hitting her.

She was very reluctant to tell me something and I kept asking her to tell me what was bothering her. She said that she heard a sound that sounded almost demonic and it gave her nightmares for weeks afterward. She could not figure it out. It finally dawned on her that it was screaming. Someone must have flown through the air who was still alive. They must have flown right by her and she heard their screams amongst the roar.

She then told me that when the medical staff examined her, she had multiple cuts due to debris but she also had two deep bruises on her back about the size of a person's hand. Her children did not have a scratch on them and her house was totally gone except for a portion of a wall in the hallway where she had been.

God protected her as well.


These are just a couple of stories from that day. Let me know what you think. Dave.

Write something…
Recent messages
Chrissies Premium
Amazing story, I'm really grateful we don't have tornadoes in the country to any extent,if at all :)

Reply Like Like You like this
Dreamer56 Premium
My family and I lived thru one tornado in N Texas am now in S.Texas dodging hurricanes. Not to bright

Reply Like Like You like this
dstaple1490 Premium
@Dreamer56
With land falling hurricanes, you can have tornadoes as well. Two for the price of one! LOL!

Reply Like Like You like this
Kaciesmama Premium
Some really amazing stories Dave. It's so heartening to hear that there are some survivors in these disasters.

Reply Like Like You like this
JudeP Premium
Oh my word! You have seen and been a part of some things in your life I admire you greatly and would like to say a massive thanks to you and others like you who put other people before yourself.

Reply Like Like You like this
dstaple1490 Premium
@JudeP
Thanks Jude, The memories and the months of memories with the cleanup are still so fresh and raw. If you watch the video, you will know what I mean. Dave. 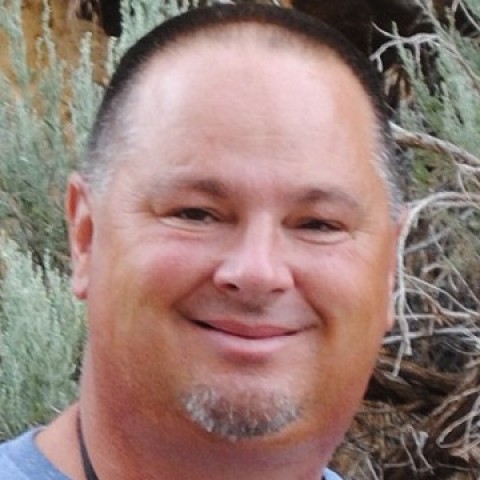