This post really isn't about me. Well, it is in a sense. I'm not going to brighten it up with pretty pictures, fancy trim or famous quotes. I'm just going to tell it like it is.

A few weeks ago, I was experiencing some difficulty focusing. I was going through another bout of sinus issues, so I thought. It wasn't long before I was experiencing some pain in the back of my eyes anytime I was outside in the sun. So I figured I had a sinus infection. As the days went on, it got to the point that I couldn't even look at the computer screen for more than a few minutes. The pain at the back of my eyes was becoming much much worse. So I figured I'd better go see the doctor.

As it turned out it was an infection, but not what I thought. The infection had gotten down into my ears, my throat and my lungs. No big deal, ten days of antibiotics and I'd be good as new, but it was a while before I could spend more than a few minutes on the computer at a time.

I was feeling pretty sorry for myself because I really wanted to work on my site and visit with all the people here at WA. Why was all this bad stuff happening to me? What had I done to deserve this? You know, the whole self pity party thing.

While I was down, I heard a story about a young man. It was like the whole world was against this young man from the day he was born. He was born premature weighing only one pound six ounces, but somehow managed to survive. As he grew, he had health issues. He ended up with cerebral palsy. With all he had working against him, he could have easily given up and lived the rest of his life as an invalid, but he refused to give up.

He loved mixed martial arts fighting. His mother found a trainer that would work with him. And work he did. Day after day, he trained in fighting and martial arts. He worked hard, never missing a practice. He got stronger and stronger.

Word of this young man began to spread around the MMA. He was at the fights when his idol won the championship in his division. He has a picture with his idol after the fight where the fighter draped his championship belt over the young man's shoulder. One of the happiest days of his life.

When asked what his dream was, it wasn't to be am MMA fighter. His dream was to be able to walk across the stage and accept his diploma at his graduation, which he did.

Here was a young man that had every reason in the world to quit. He didn't. He worked very hard for years to be able to reach his goal, inspiring a multitude of people along the way. All I had was a short term setback. That's why I was feeling shame. I had no reason to feel sorry for myself.

The point I am trying to get across is, if this young man can come up against seemingly insurmountable odds and be successful, there is certainly no reason we can't. The hardest thing we have to do is maybe step outside our comfort zone and learn something new.

We have all the help anyone could ask for and the best training available. We have no excuse. I don't know about you, but since I've gotten back from my "short term setback", I have a whole new appreciation for what we have here. I have a newfound determination and nothing is going to keep me from my goal.

How about you? Let me know how you feel now by leaving a comment.

Write something…
Recent messages
XavierPerez1 Premium
I can certainly relate to your illness. When I first started my computer fried and I was lost for a few weeks. I kept on going. It took me a while before I was able to afford another system with the holidays and all, I didn't want my loved ones to endure. So I put it off, Finally getting sick was the last straw, and it looked not so good. Yet , I kept going. Now, after the smoke has cleared and things have settled down, things are better. So, we keep going. Just yesterday, our family lost an Uncle. One that brought us all much joy and laughter when we (9) were very young. What do we do, pick ourselves up and keep on going.

Reply Like Like You like this
DNicholas Premium
@XavierPerez1
Sometime you think that life can be so cruel, but when we do bounce back, it's usually with more clarity and better understanding.

Reply Like Like You like this
HBoumerdassi Premium
Oh yes that true get out of loserville, if you fell sorry for youself that mean you give up, no never ever give up here is my image story that give the power you need, i did pass 36 hours coma to survive, time i was in that situation i said to my self you can do it never give up yes i did it after that i passed 10 years in desability but i never give up, make the impossible possible never give up future is preparing the opportunity for you take achieve your goals.

Reply Like Like You like this
a1jonuk Premium
It’s another reminder that when we feel down and out for whatever reason there really is someone worse off than us and they adamantly refuse to give up their fight to reach their goals.

So it really should be a no brainier for us to never give up, take a forced break when we have too but come back revived and raring to get back on our journey.

Reply Like Like You like this
MiaL Premium
It’s still ok to feel a bit sorry for yourself when you’re unwell. We are all human so don’t beat yourself up about it. Yes there will always be people who are in truly tough situations, but it is only human to have moments when we feel down about our own situations. I think we should give ourselves permission to feel the range of emotions.

Reply Like Like You like this
tobocrs Premium
Hard to feel sorry for yourself in the face of hardship like that.
Equally hard to remember, no matter how bad things may get, there are many, many who have it so much worse!
Thanks for the post, Don, and here's to improved health!
Tim

Reply Like Like You like this
DNicholas Premium
@tobocrs
Thanks Tim, to see someone with that much determination in spite of a serious condition really does make you want to get up off your duff and go for it. 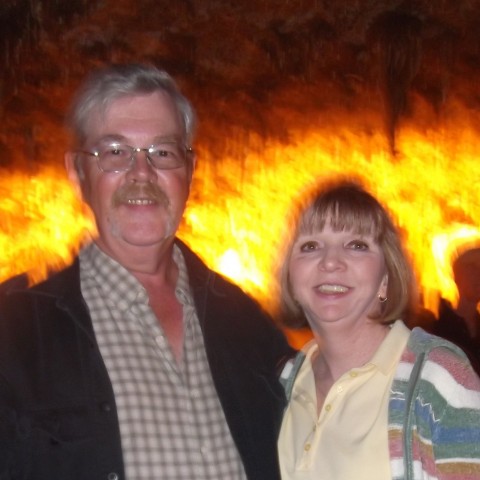