It's a fair question. You may not like the answer, but you inspired me to give an answer that, after 3 paragraphs in, I realized that my answer was a blog, not a reply to a question on the Feedback page. Nonetheless, all who have followed the link that I left to the answer here, will see that I did give an answer. Maybe not the answer you were expecting.

The truth of the answer is less than desirable: Whether or not we have made any money is quite frankly, none of your business. And, while that does sound rude, how many people are you willing to let go through your finances to see how many mistakes you've made and the cost for those mistakes? If you wish to ask us how much we have made but don't want to count the 2 years of ACTUAL WORK put into it, then you aren't asking "where's the money" but instead you're asking "how easy is this".

The answer is: it's as easy as you make it. If your idea of 2 years work and no money = online poker, you might be right. Online poker doesn't require much skill. You do need to know how to play the game, but you're playing a game of chance. Affiliate Marketing is not a game of chance. In fact, it's not even a game. It's a daily struggle that can last up to 2 years without a smidgen of $ coming back, especially if the focus is on the almighty dollar.

However, I saw your question there in the "Please Give Me Feedback" section and instantly thought of the Direct Sales Marketing business that I joined while in my absence from Wealthy Affiliate. One of the terms listed in that company's "T&C's" was so close to what is given here, I literally laughed out loud. Much to the confusion of the sponsor, I'll add.

Michael, you (and all others who may read this post) are asking for a representation of what the veterans have made. So, I'll give you a few:

So, why would I give you a few representations and then cross them out? Because they are a representation of what some have made, but if you were to try for either of them and fail, it would be a misrepresentation of both Wealthy Affiliate and the person from whom you are trying to get a number. This whole business of giving a $ of how much a person has made is also not legal in MLM and DSA type businesses. Why?

Suggesting a number is giving a representation of the expected income that you will achieve. If you don't achieve it, you then have legal documentation which you could take to a court of law and demand that the company reimburse you for the monies you did not receive.

If you have not put in the work, then why should the veterans tell you how much they have made? The answer is: they shouldn't and most likely won't. Otherwise, this is giving a man a fish and not teaching him.

Write something…
Recent messages
HarveyBrown Premium
Well said, except for one tiny part, poker does require some skill, although it is primarily a game of chance.

Reply Like Like You like this
Loes Premium
Hé Norm:) How nice to see you again, how are you doing, it's been a couple of months since I have seen you.

To react on your blog, I got the question the other day: Why am I not earning money yet? and I visited the website, besides the usual pages, there was one post of a couple of months back.

Reply Like Like You like this
CC1 Premium
@Loes
I'd lost funding to be here, so as a result I couldn't join in the conversations like I'd wanted to. However, I have two siterubix sites that I'm working on. One is a client site, one is my revamp of the site that I did the Handwriting Analysis on. My niche is somewhat of a triple cross niche between Personalities, Handwriting Analysis, and Eyebrow Analysis.

Reply Like Like You like this
Kyle Premium
Wealthy Affiliate is not about us "making you money", it is about us providing you with the facilities to build a business online. When you build a business, the natural by product of you doing so is revenue, income, and ideally profits.

We are not the creators of success, the individual is. We cannot create success for someone as we cannot do the work for everyone. We facilitate success through the platform, the training, the websites/hosting, the simplification of technology, the efficiency we build into the processes. We make life easier, much easier...but at the end of the day it is the individuals that does the work and determines their own success.

This is a great post here Norm and I think a lot of people will be able to relate very closely to what has been said here. :)

Reply Like Like You like this
VitaliyG Premium
@Kyle
Exactly. There are too many people, especially those who fail (it goes hand and hand) who feel that everything has to be given and done for them. They don't understand that WA is the TOOL, but they have to USE the tool to get the results. 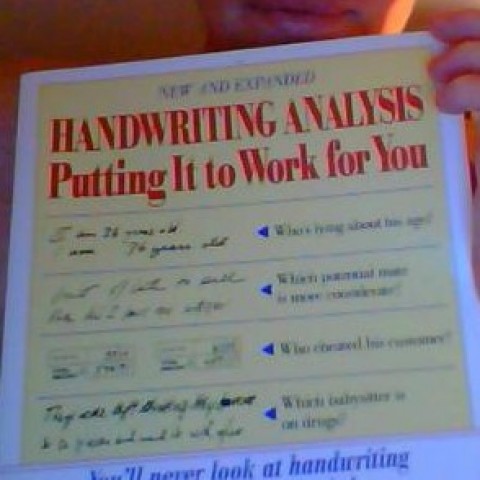