What Are Your Abilities?

The new WA ranking system set me thinking about life and challenges!

Please excuse me if today’s blog is longer than usual, I just felt the need to explore the concept of hierarchies 😊

Not in a particularly deep and meaningful way. But I found myself falling back on an integral part of my professional practice. I decided to explore a bit deeper about a person I have quoted all my working life, but knew very little about.

Employing curiosity, a skill that entrepreneurs know much about, I set to work…

Born 1908, raised in Brooklyn, New York the oldest of seven children, Abraham Maslow was classed as ‘mentally unstable’ as a child. His family were first generation immigrants from Russia. Although his parents were poor and not intellectually focussed, they did place value on education. 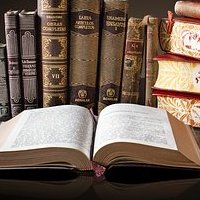 Abraham had a tough upbringing experiencing anti-Semitic prejudice and discrimination from teachers, classmates and gangs of neighbourhood children who often threw rocks at him.

He was very unhappy at home and consequently grew up in libraries, amongst books and developed a lifelong love for reading and learning.

After being awarded his master’s degree in psychology, he was mentored by one of Sigmund Freud’s early colleagues, Alfred Adler. When WW11 began Abraham Maslow was a married father of two young children.

The horrors of war were attributed to having inspired a vision of peace in Abraham, leading to his ground-breaking psychological studies of self-actualization.

Thus, began his lifelong research into mental health and the potential of human beings, eventually established as his concept of a hierarchy of human needs. 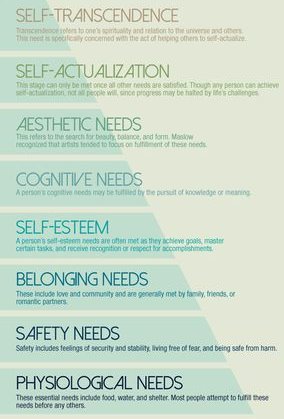 Abraham identified human needs as being ordered and as such, an urgent need would be a priority to satisfy, leading to the next and so on. He saw his hierarchy comprising of distinct levels, beginning with Basic Needs (Physiological), which he identified as the need for breathing, food, water, shelter, sex, sleep, homeostasis and excretion.

At this initial level, certain conditions needed to be satisfied before one could move on. He identified these as the freedoms of speech, the ability to express oneself and the capability to seek additional information.

Maslow’s Hierarchy led through levels of…

Esteem (to be Competent and Recognised)

‘Need for Self-Actualization’ (state of Harmony and Understanding)

Maslow declared that this would occur when a person has reached a state of harmonization and understanding, as at this level they are engaged in achieving their full potential.

Maslow explained that this stage is very individualistic, as a person is entitled to ‘his or her own tasks, opinions and values’.

Classed as one of the twenty most influential psychologists of the twentieth century, Abraham certainly moved far out of the shadow of the ‘mentally unstable’ label of his boyhood. 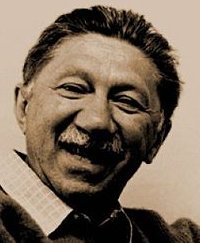 As I march through the training here at WA I feel myself more and more certain that I can also tick off Maslow’s levels of attainment.

I am confident and determined that Kyle and Carson’s exceptional training will one day give me the ability to move past Abraham’s lower four levels, which he called the ‘deficiency levels’. He maintained that these levels must be fully achieved to allow a person to move ahead.

I intend to be able to rank myself in Maslow’s highest three levels, to be recognised as more than competent in my chosen field and explore my full potential.

Then the sky is the limit!

How do you rank your ambition and vision?

Have a positive week everyone and keep smiling! Sue 😊

Write something…
Recent messages
HarveyBrown Premium
Hello Sue, I remember reading about Maslow's Hierarchy a few years past and found them to be bang on. Thanks Sue

Reply Like Like You like this
MKearns Premium
I went though my MBA training on Maslow's Hierarchy of Needs Sue. It was something great to learn!

Reply Like Like You like this
Calmkoala Premium
@MKearns
Hi Mike, you are right, Maslow reminds us that there is always something positive to strive for! I wish you a positive, productive week, have fun, Sue :)

It was a great walk down memory lane and an equally great reminder that we should constantly strive to work through our levels of ability into self-realization.

I enjoyed this post and now I am inspired to review the other early psychologist's findings.

Reply Like Like You like this
Calmkoala Premium
@susanmacneil
As always good to hear from you Susan! Think I had a bit of a brain storm with this post, but it just got stuck in my head! Not sure about self-realization, more often it seems like self-delusion these days!

Trying to rein myself in from wasting time attempting stuff that I haven't reached the level of managing yet. I feel like a toddler myself sometimes! Have a great week, Sue :)

Reply Like Like You like this
Rharris19 Premium
It seems that for the past 20 years I have been focused on self-actualization. It amazes me how much junk I needed to heal and change about my inner mindset before life become a joy. These days I am still a work in progress but I am having so much fun I can hardly stand it. I often find myself wondering who I can call and tell about how happy and blessed I feel.

Reply Like Like You like this
Calmkoala Premium
@Rharris19
Hi, thanks so much for taking the trouble to stop by and tell me how happy you are now. It's really moptivating! WA is such an inspiring and supportive work environment, I'm sure your friends would love it here! Glad to meet you and good luck, Sue :) 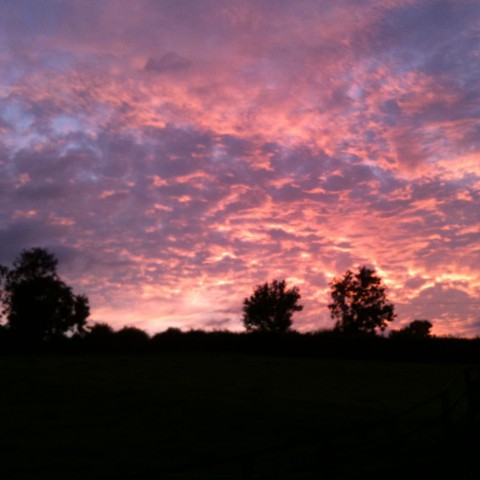