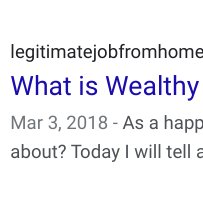 boomergp08
If you mean including your keyword as part of your title and retyping your entire title in the Meta Title tag, then yes, that is acceptable.

If you mean you want to add a keyword to your existing Meta Title, then you should retype the entire title plus the keyword. Here's an example.

I wanted to add the keyword "How to Stay Clear of Online Scams" to a page Title (Meta Title) that said Get Started. I first created the page with the title Get Started.

This gave me the Meta Title and Permalink URL as Get Started. After that had been set I then went into my Meta Title and added my keyword by retyping the entire title plus keyword as follows...

Get Started - How to Stay Clear of Online Scams

Now when someone sees my website page and permalink it just says Get Started, but when searching that keyword, Google displays it as, Get Started - How to Stay Clear of Online Scams

Did that answer your question or did you mean something else? :-)

AlyseS
Hi Rob: I have a question... is there a way to see the word count with the comments words included? 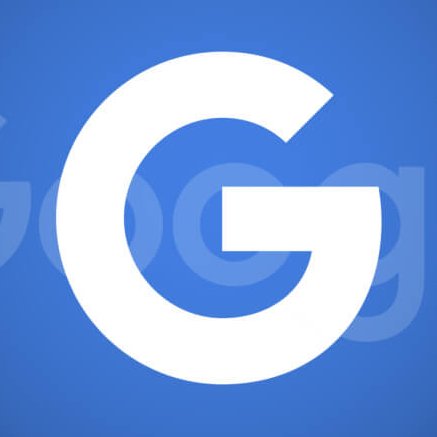 Protect Your Website From a Google Core Ranking Update
Ranked n/a
Approximately twice a year Google updates its ranking algorithm and this can have a negative impact on your rankings. Here’s what to do.
Tutorial     64 comments     84 likes
Most Recent Unanswered Questions   View the Discussion

Tflex4444
Thanks for the information, I noticed a drastic drop in my ranks around that time. It happened to my Bing and Yahoo rankings too though, would the change in Google rankings affect them as well?

boomergp08
Are you taking any vitamin D3 supplements? A couple of new studies have come out recently about how Vitamin D can reduce the risk of getting Covid-19. One study said that practically everyone who has died in Europe of Covid was vitamin D deficient.

A new study from last month out of Ireland is saying the same thing, high blood levels of vitamin D could help fight off Covid-19, see link below. The thing with vitamin D supplements is that you do not need a lot, you just have to take about 125 mcg once a day.

Taking larger doses have no real effect. The only time you may need to take more is if your blood level is extremely low, but you would need your doctor to give you a 25-HydroxyVitamin-D blood test to determine how much you need. For now 125 mcg/day is safe. That is what I take. 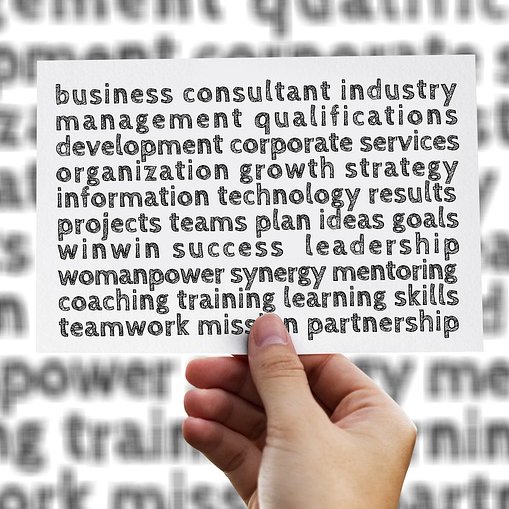 boomergp08
You are welcome Alex. I am happy you enjoyed my tutorial and yes, I guess you could say that making my tutorials easy to understand is a trademark of mine. That is always my goal.

When you are asking about meta titles, are you talking about the meta titles of the post or page? If yes then the keywords that appear there are important for those appear in search results.

It is important to understand that when I or Kyle or others say to place your keyword in the title of your page or post, we mean in the area at the top of the editor window where you type your content.

This title bar at the top of your content editor area is EXACTLY the same as the meta title area under the content editor. So if you are using the All in One SEO Pack plugin, once you type it in at the top, you do not need to type it again at the bottom.

However if you mean the title name of the image file, placing your keyword there does not count nor will it harm your SEO if all your images are named that. Google is concerned with keywords in the content.

Many times I name every image file I use in a post as my keyword followed by an ascending number. I do not believe it has an effect on SEO either way. However the Alt Text can.

Even though the Alt Text is meant for people who have problems seeing, it should be filled out accordingly as a description of what that picture is. If you can get your keyword in there naturally, do it.

Example... If you have an image of a bottle of regular CBD oil and another of Vanilla CBD oil, mentioning this within the Alt Text of the image is not keyword stuffing because you are explaining what the image is.

If your image is of a hemp plant and you say in the Alt Text, "Hemp plant vanilla CBD oil" that would not make sense because that is not what the picture is.

One more point...Sorry for this long reply.

As for the Post Tags, not the meta tags, it is recommended that you place two or three keywords there separated by a comma because you can rank for these.

boomergp08
New evidence has been out there for years! Where have you been? A whole sh*t load has changed since that video by Matt Cutts about Keyword Density back in 2011. That's 9 YEARS ago!

Hummingbird is when keyword density began to die for good and the use of (semantic search) LSI keywords became more popular. Google has since updated this into what they call the Word Vector Approach.

The Google ranking algorithm is evolving faster than you know. Keyword density is dead, LSI took its place. Now LSI is practically gone and replaced with the Word Vector Approach.

In 2016 Matt Cutts leaves Google to go work for the U.S. Government. Since then, about 4 years ago, Google has done dozens of updates to its ranking and search algorithms. Keyword density is old SEO.

Now as for Yoast, those red, orange and green bullets are just SUGGESTIONS! You can definitely rank a page or post with red bullets. Even Yoast themselves say so in one of their blogs. 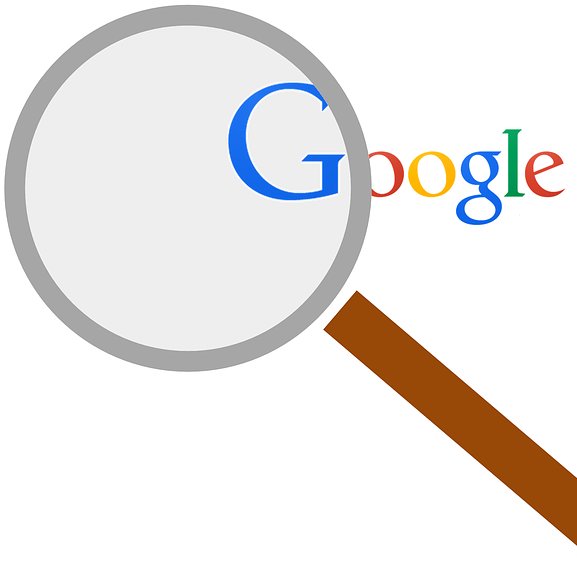 How To Find Where Your Keywords Rank In Google
Ranked n/a
Searching your keyword rankings in Google most times will give you false results. Learn what you need to do for accurate SERP.
Tutorial     88 comments     92 likes
Most Recent Unanswered Questions   View the Discussion

TheMagicBrad
Why even take the time to look?

boomergp08
You are welcome Roamy.

That is very odd that you cannot do a Site Rank seeing how this is one of the features of the Free Jaaxy Lite.

Have you tried doing Site Rank through Jaaxy Lite? Did it work? 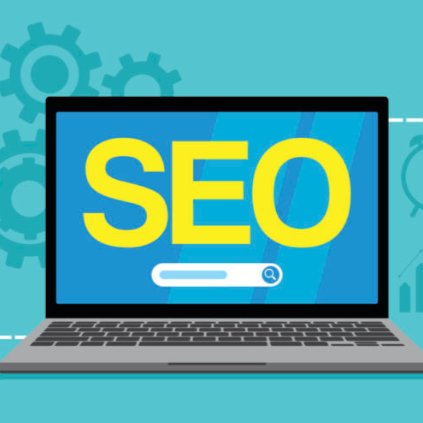 How To Use Keywords For Your Website
Ranked n/a
Though keywords play an integral part in your marketing efforts, keywords are not the sole reason for your website rankings and traffic. This training will…
Tutorial     78 comments     89 likes
Most Recent Unanswered Questions   View the Discussion

boomergp08
I am not sure exactly what you are looking for in the All in One SEO Pack area. Whatever it is, it has nothing to do with the Pro Version. I have never used the Pro Version of the All in One. All of my training is based off of the version we all use. So what exactly do you not see?

boomergp08
Hey Sherri! How have you been? I haven't seen you around in quite a while. I hope all is well and that you have been blessed with good things since the last time we connected here at WA. You are welcome for this training and I am happy you enjoyed it. 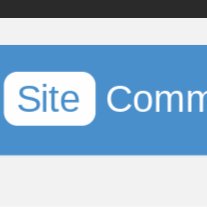 How to Use Site Comments 2 Earn Money for Comments
Ranked n/a
Giving quality comments to WA members is important for you to become a Certified WA Commenter and get paid. Here’s how.
Tutorial     124 comments     102 likes
Most Recent Unanswered Questions   View the Discussion

DianeScorpio
Hi - the figure in Site Comments shows what you have earned in the last 30 days, but not necessarily that this amount is available. Have you already been requesting comments for your own site? If so, it will have been using up your cash balance.

When you are in your Credit Dashboard, scroll a little further down, and it will show all your transactions.

hordol2013
Hello! Can you use the money you've earned in site comments to purchase community credits to use on comments? I have the earned money to do it, but when I try to purchase the credits to use on comments, I only see options to pay with Paypal or credit card. Edited to add: If I'm at the credit dashboard, it says I have $0. But when I'm in site comments, it says I've earned $34.50. Where is the discrepancy? 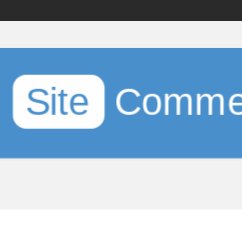 How to Use Site Comments 1 Better Website Rankings
Ranked n/a
Getting good quality comments on your website is important in helping you to get higher rankings. Site Comments can help. Here is how to use…
Tutorial     60 comments     79 likes
Most Recent Unanswered Questions   View the Discussion

ND2801
Finally, I got my credits back and put the comments. Later about 15 or 20 mins later it came back real fast...I learned that one of them asked me to put some descriptions on few of them. How and where do I put the descriptions on few of them? And other asked me about if it can order in UK. All I know is that it is in USA How do I add "UK" to it when they want to order?

mcknisu
Have you configured your site comments to receive requests? You can decide what area of interest that you would like to provide comments on. Review the training on this and also here is a fellow members training. Site Comments 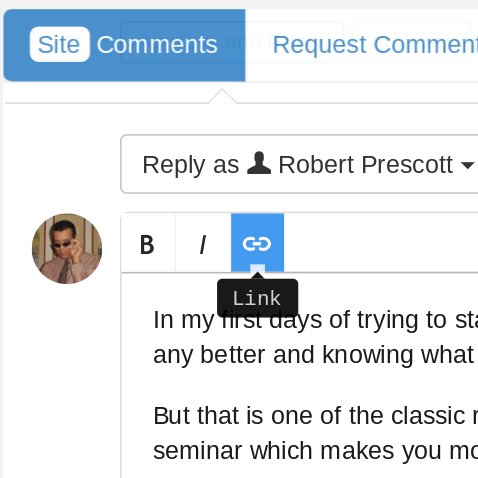 Your approach to commenting is the way it should be done. Only provide the link if the comment warrants that you do so. When the link is an affiliate link, like Kyle says in his training, it should only be in the comments of the relevant review.

Wow! That is a head-scratcher. I have never seen something like that before. Have you looked into the theme settings to see if there is a default color for links that you can change? What theme are you using?

Jim-Bo
I would say no. Usually they're trying to get traffic to something on their own sites. SPAM by the sounds of it. Depends what their intent is. Are they trying to make money? SPAM. 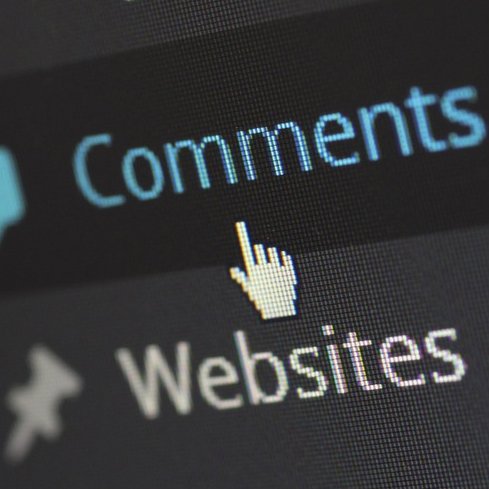 How To and How Not To Leave Comments on a Website
Ranked n/a
Getting comments on your website will help with rankings, but many times the comments left are poor quality. Here is how to comment correctly.
Tutorial     150 comments     114 likes
Most Recent Unanswered Questions   View the Discussion

Your article and the examples are really useful in understanding what makes an engaging comment without bias. You have used 2 paragraphs which you have illustrated the purpose. Is this always sufficient, or do you suggest we can add some value which is not covered in the article?

Your post now gives me the confidence to try and give valuable and engaging comments. I will definitely practice giving quality comments in the links posted above.

Thanks and Regards
Srinivasan

don1rock
That's good advice but how do you edit someone else's comment without them getting upset? I know if I found that someone had changed my comment I would be kind of mad about it.

I'm probably overthinking this. How would it be if someone thought they gave an honest comment, then discovered that it had been changed to say something more positive than they wanted to say.

Maybe I'm thinking this way because I'm new and it will change when I get some time & experience behind me. 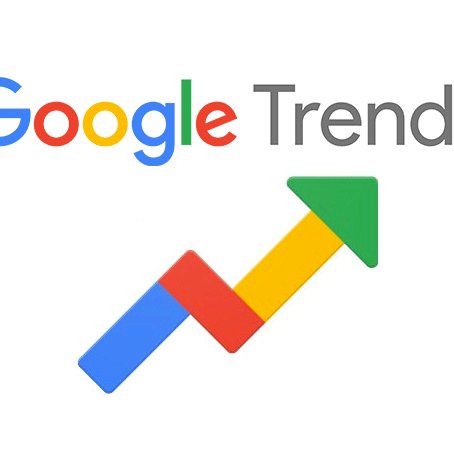 The Benefits of Google Trends for your Niche Website
Ranked n/a
Learn how to use Google Trends help boost your SEO, find keywords and embed graphs in your content.
Tutorial     58 comments     82 likes