An Unreasonable Burden Of Proof?

There's not many weeks in WA when someone doesn't ask for proof in one way or another.


Okay - it's not unreasonable to expect some proof before you invest your time and money in some training is it?

I decided to think about some of the times besides WA I have forked out for training without having any proof before I started that I would get the end result I wanted.

In each case I had an end in mind. I wanted to learn something new, I wanted to become proficient, and in some cases I wanted to gain a qualification and increase my earnings.

What proof did I ask for?

Well in most cases nothing at all. Occasionally someone made me a recommendation - but I never saw any tangible proof that the training I was going to do actually worked. What could they have shown me? Nothing that would have satisfied me.

Not really. With most training - you may get a recommendation before you start, you may even see some figures about how many people have succeeded but the only way you can find out whether it will work for you is to give it a go.

What I've always known is that there are no quick fixes. I've had to work really hard, apply myself, take lots of action and keep practising. And sometimes I've had to make some sacrifices to get what I wanted. There were highs and lows with all of them and the majority of them cost me a great deal of money. Was I successful at all of them? Not all - but I won't tell you which ones I wasn't! But the one thing they all had in common was that I had little or no 'proof' before I started.

So what proof do you want from WA?

Well, you have some proof right in front of your noses. Kyle and Carson. They don't just tell other people how to be a success - they are the 'proof in the pudding'. They set up WA - 8 years ago and it's a huge success. it's evolved so much. They've developed it, changed it, improved it. They've had things that worked and things that haven't. They continue to innovate and demonstrate daily what people need to do to be a success at an online business and thousands have taken the opportunities on offer.

Okay you want to know if anyone apart from them actually makes any money. Well they do. You can read some of the success stories here.

You want to know how much money people are actually making. Well here's just the sales from one affiliate program. 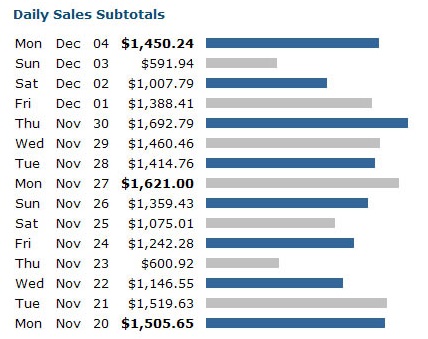 Of course not. By the way I didn't say that was my statement. I have no idea whose it is - but it's certainly not mine and it's not real.

Most members prefer to keep their financial business private, but even if they do tell you, what does it mean? You have no proof. The only proof worth having is the money that will come into your bank account, first at a trickle and then hopefully at a steady pace, when you have taken the time to grab the training here, set up your website and are running your online business.

So instead of wanting proof - shift your focus

Instead of worrying about whether it works - MAKE IT WORK.

No it's not easy and you won't achieve instant success but you'll have a lot of fun getting there.

And if you find yourself moaning that you're yet to achieve the success you want - take a look at my reality checklist. If at any time you could answer YES to the questions in the red boxes - shake yourself down, refocus and get back to work!

Don't waste time trying to apply an unfair burden of proof on WA! 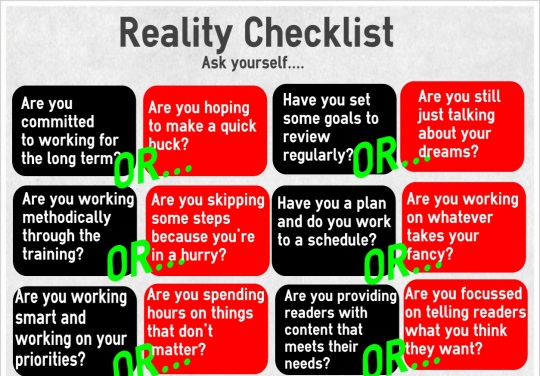 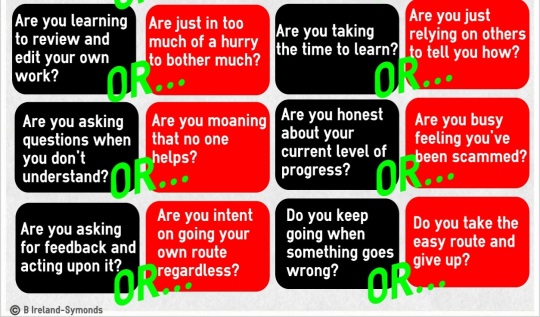 Write something…
Recent messages
tmamarketing Premium
Thanks Beverly for this post! This is a great reality checklist! Just like with any business it takes time to build and master the concepts necessary to see results.

Reply Like Like You like this
BIS Premium
Thanks Tina. I don't think it's a checklist you're in need of. You have motivation and drive and commitment in spades.

Reply Like Like You like this
DarleneJones Premium
To quote one of my favorite movies "Just because you can't see it, doesn't mean it doesn't exist"

Reply Like Like You like this
bsly Premium
Hi Beverly I think most of us who end a here have been burned one way or another we get here so you are a little gun shy. I was probably a little more fortunate than others because I got to this site very early in IM career which has yet to blossom. Success is all about how you do things

Reply Like Like You like this
BIS Premium
Yes Bert you're right. I was one of those people who was 'burned' badly and it is difficult to trust again - but you have to. Fortunately I have been able to see that Kyle and Carson absolutely don't make false promises.

Reply Like Like You like this
numsi Premium
True words of wisdom.. Thank you Beverly..
I never could grasp the fact that when it comes to building a personal business people don't allow themselves any time to see results. On the other hand they have no issues getting a 9-5 , work like a slave for up to three weeks at times without seeing a dollar when they first start ..lol
Human beings are funny.. SMH

Reply Like Like You like this
BIS Premium
Thank you. Yes it' sad that some won't take that time. And you're right - human beings are funny which is what makes us all so wonderful.

Reply Like Like You like this
ThomasPaul Premium Plus
I think one of the main causes of what you described is because most people have been employees for the vast majority of their life and are used to a "guaranteed" paycheck for working a certain number of hours.

When people get involved with internet marketing they don't realize that self-employment/entrepreneurship comes with an inherent risk of loss of money and time and that because of the risks involved that is why there is the potential for earning more than you would at a day job.

Reply Like Like You like this
BIS Premium
I'm sure you're absolutely right. I don't think some people are thinking it through and that's why the attach an unfair burden of 'proof' . 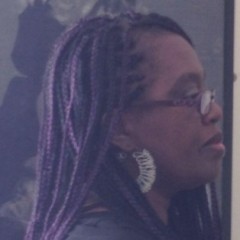