Over 1000 Unique Pageviews In One Day!

As WA member recently asked in the chat if there were any successful members of WA who were under 25. Being in that age group, I talked with the person for a bit, and then decided to write a post, detailing just a bit of my success, as mine isn't exactly any sort of success money-wise, but more about traffic, and finding relevant things to write about.

My Traffic For Yesterday 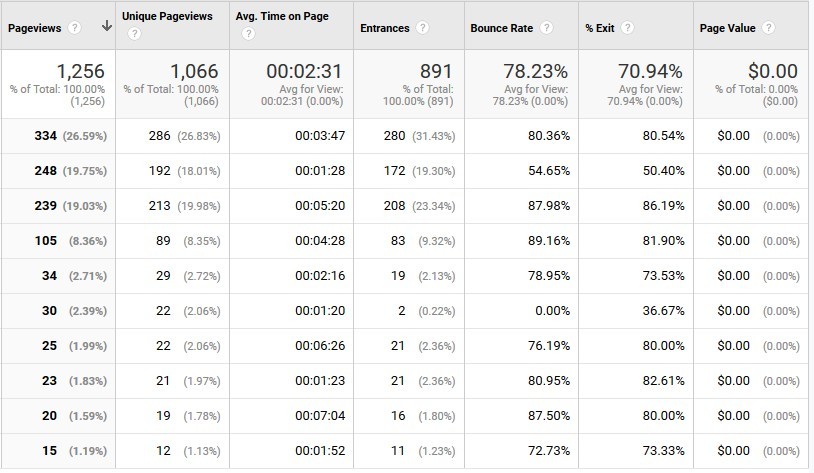 I'm pretty happy with my achievements thus far. Yesterday I was hoping to get over 1K of page views, and while that did happen, I also broke the 1K a day in unique page views as well.

Now I just need to hit 1K of entrances in a day, and I'll have to set a new goal!

It's also interesting to note that lines 5 and 9 are both articles that I wrote yesterday, and they're already getting traffic to them. (And lines 1 and 3 were written just two/three days ago).

Number Of People On My Site At One Time 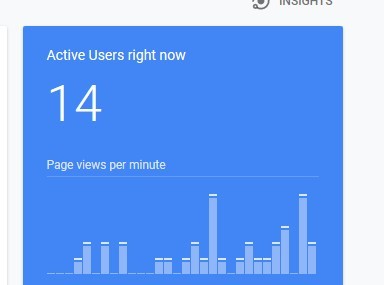 There's actually a funny story to that screenshot above. I saw that I had 9 users on my site, and so decided to screenshot it, so that I could have it. When I saved it, I named it "Number to Beat".

After I clicked out of that screenshot, I immediately saw that I had 14 users on my site! (so much for 9 being the number to beat...) I was pretty surprised about that - usually I have 2=4 people on my site, but seeing 14 at one time was sort of mind-blowing.

I personally don't know if this is good, but I think it is. I recently changed how I collected emails for my newsletter (I periodically do this to test which methods work best), and found that I have a 2% conversion rate:

Now, you can tell me if that's a low conversion, but from what I've seen with other things I've done, that seems actually rather high. I should also add that not all of those subscribers are active subscribers (meaning they didn't click to confirm their email), so I probably have a lower conversion than seen above. 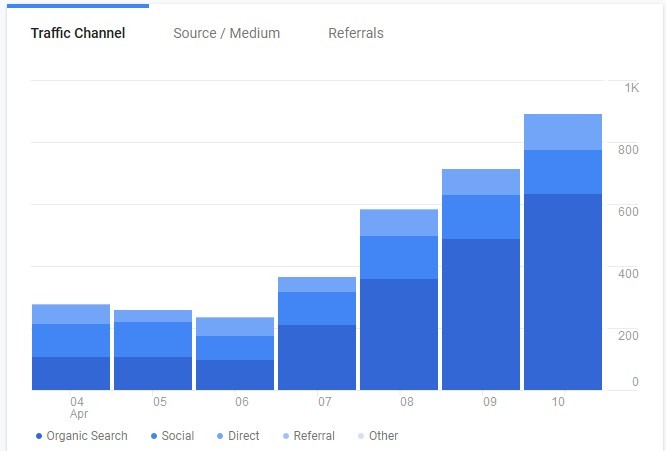 Hopefully, the graph will continue to go up, and up, but we'll see if it does. The recent influx of traffic was mainly due to me hitting the right keywords at the right time. And since I deal with scam websites (which are here one day, and gone the next), traffic could dry up.

But, in reality, traffic drying up could happen with anyone, in any niche. As long as I continue publishing helpful, quality content, I should be fine.

And honestly, this type of success isn't just because of the niche I'm in. This can happen to anyone in (nearly) any niche. And it doesn't matter if you're young like me, or older like my Grandfather (or Grandmother for that matter).

Follow the training that is provided for you, and you'll find success. Maybe not as quickly as some, and maybe not as much as others, but you will find it.

Keep those graphs going up! (Unless of course it's a graph of you going into debt or something - those graphs are ones we want to go the opposite way :D)

Write something…
Recent messages
StPaul Premium
Thanks for the inspiring and helpful post! Keep rocking!

I hope you will soon create a blog post about the
conversions and commissions you made
on this day.

Unfortunately, I'm sort of doing things backwards - I'm getting great success within traffic, but have made very little commissions through all this. That post will come a little later. But I will definitely make sure to write about it when it comes!

Getting traffic is the hardest part,
you do have that now.

Now it is the time to tweak somethings
and the big commissions will surely come.

Best of luck on your journey to success!