This morning I got up as usual. Looked in mirror some handsome chap looked back ha ha and so I did my stretching exercise went through my Tia Chai routine as I do this I can focus my mind on what I’m doing today.

Today was different. I had this scene in my head from Some Like it Hot with Tony Curtis trying to convince Marilyn Munro that no matter how many times she kissed him he could feel nothing. The scene also included Tony Curtis mimicking Cary Grants voice although he denied it and the same voice was used for Gerry Anderson’s creation of Captain Scarlet. However I digress.

What it did for me.

I finished my routine and I started to laugh at the scene from the film. So many kisses that got longer and more passionate but also so very comic so funny that I had a tear in my eye. I felt more on top of the world than usual so it was time to get back to boot camp.I then thought I follow all these people they follow me back but we don’t really hear from each other very much in any capacity. So I decided to share my good mood with the top half of my follow board first and the rest tomorrow.

I sent messages to people saying “Hi (their name) I hope you have a Beautiful Inspiring and Fruitful day. Happy BIF day.” I believed that this would hopefully bring at least a smile to some people’s faces and know that I’d not forgotten them. I then read MelWallers blog “I am humbled” as he was placed into the top 200. Great I thought a really nice bloke to emulate. I’m happy for him.

So I continued on WA boot camp then I started to get posts back as I worked ”Thank you Steve” then “You made my day” a small stream turned into a flood it was starting to make me embarrassed humbled as Mel said I only wanted to spread a little happiness to people. I didn’t expect so many of you to respond in such a way. As I looked at the replies I noticed my ranking had changed too. No I hadn’t made the top 200 but I had moved past the 10000 barrier if there was such a thing in the first place. I feel very honoured to deserve such a placing after only being with WA for six weeks as it is you the community that does this.

If those few words of mine helped you today I’m extremely happy and humbled too. They were only three words nothing special and if you are still smiling then remember Tony and Marilyn they were my inspiration this morning.

Write something…
Recent messages
Hudson Premium
Love it!! Still smiling at the end.

Reply Like Like You like this
lesabre Premium
Hi Steve, words can make or break a persons day. I am glad your words gained you a better rank and a lot of replies. I am sure we all work pretty hard here and to receive words of encouragement and friendliness goes a long way. Thank you and Happy BIF day to you and everyone.
Michael

Reply Like Like You like this
wildgeese Premium
@lesabre
Thank you Michael you are right everyone works really hard as they have invested in themselves.
I was gob smacked by the amount of replies I had.
I appreciate your reply it is very grounding
Steve

Reply Like Like You like this
ColleenLVSJC Premium
You're right, Steve! Kindness goes a long way. Thank you for including me in your note of cheer this morning.
Continued happy days to you!
Colleen

Reply Like Like You like this
wildgeese Premium
@LauraFuller
Ha ha it's a great word isn't it it means: a politician who cares more for personal gain than serving the people
Quite typical in U.K. government at the moment
Steve

Sharing positivity is a powerful thing and I'm glad that the community reacted in this way. Simply saying something like "I hope you have a wonderful day", can have a profound impact and maybe it cheers someone up who wasn't having such a great day.

We're glad to have you here at WA and I'm sure that you will continue to see your community rank climb as you interact with your fellow members!

Thanks for sharing this story!

Reply Like Like You like this
wildgeese Premium
@Carson
Hi Carson as with Laura and many other people who I sent messages to I was completely surprised by the response.
I thank you for your words and time to message me.
Steve 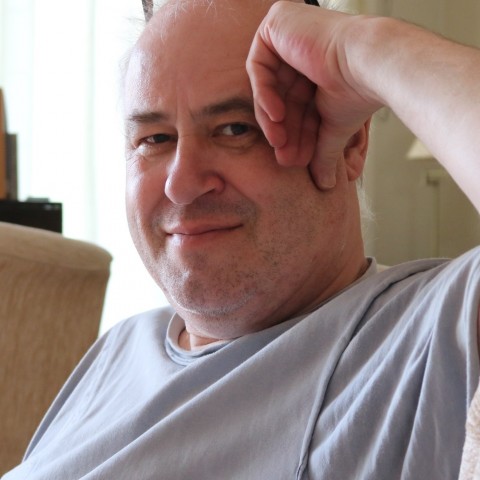