What can I write about ? 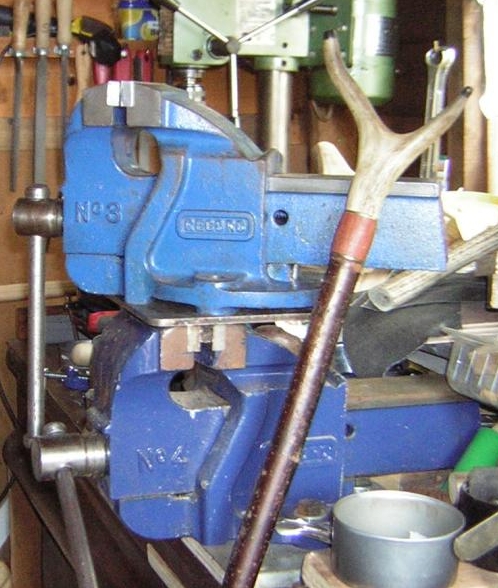 No doubt many people here at WA can find themselves wondering about writing content. "What on Earth can I write about that some people may find interesting ? " I thought this earlier today when I was spending some time in my workshop in my back garden where I make and repair various things.

In some ways it is my little bit of heaven. Among other things, I have three Record vices that were made in Sheffield, England, probably some time in the 1950's., all of which I acquired in the last three years. They were bought second hand and two have been well used, but not abused. They owe me nothing.

There is one - a No. 3 Mechanic's vice - that had been stored for years, and seemed as though it hadn't been lubricated since it came out of the factory all those years ago .It looked almost new, having had very little use. Now I've worked on it a bit, it is as smooth to operate as was intended. Modern ones, though similar in appearance, just aren't the same it seems, according to those who have used them. The quality of the cast iron just isn't as good apparently.

Some people use a collar to hide a bad joint, usually because they join the antler to the wood with a steel rod or nail. Not the way to do it in my view, as this can cause an eventual weakness in the joint.

I use the traditional method of using hand files to shape the thicker end of the hazel to form a snugly fitting spigot, which fits into a carefully drilled hole in the thumb - piece.

I made the stick in my profile picture for a friend of mine, to his taste and specifications, with a hazel shank and red deer antler for the thumb - piece.

Write something…
Recent messages
kholmes Premium
Is your website up, I don't see it listed under your profile. I was just curious if you had some more pictures on your site.
My son loves walking sticks, he has a little collection started.
Great post, thanks.