Finally Got Round To Part Two (In Other Words, Image Optimiser)

I may have to hold my hands up and admit that in the past I have been guilty of not following through when it comes to actually writing 'Part Two's'. Let's rejoice, as I have finally got round to complimenting 'Part One'.

The first part was 'In other words, Image Optimiser'. Don't worry, you don't have to read it, unless you want to, of course, this one is a 'standalone'.

Do you think I use single quotation marks too much ? I think I do but I find that I need as much help as possible when it comes to expressing the feel of a sentence. They help me to draw attention to certain words that would have verbal emphasis, were I speaking. 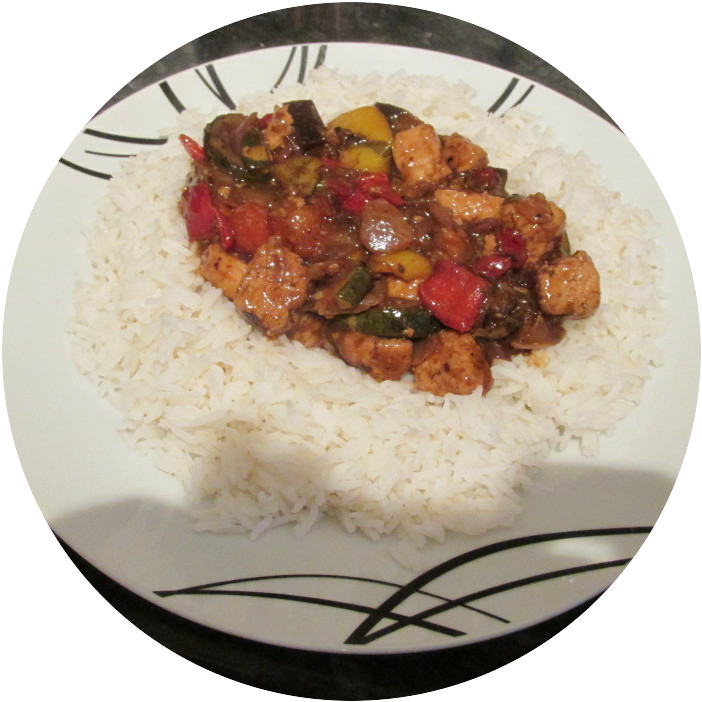 Enough already, let's do away with the canapés and dive straight into the main course. We covered the whole 'image optimiser' (see, there they are again) thing in the previous post, so now we have to make the connection to "In Other Words"

Actually, before we do, would you mind if we had a very small circumlocution ? It's rhetorical, we're wandering.
Believe it or not, this will segue nicely into the topic, just not yet. In all the turmoil that was occurring the other day, I completely forgot to mention about a referral that came through, though there is the possibility that I may have already mentioned it but really can't bring myself to trawl back through numerous post to see.

I certainly haven't written about the next piece of news on the agenda. Out of the two sites that I have recently set up (One of them took its own sweet time, so I haven't even logged on yet but that's another story)

The one I have managed to add some background images and change some of the homepage fonts (Thank you Yellow Pencil) has been indexed. It's been a while since I set up a site, so I was pleasantly surprised when I had the notification. Does it normally happen organically, or do we normally play around with the 'All in One SEO' first ?

Going back to the segue, I was looking for an alternative word to 'digress', as is my druthers and I normally use dictionary.com's thesaurus section, if I feel the need for some variety.

It's very good and so far hasn't failed to provide me with plenty of choices. Over the weekend I must have taken my eye off the ball, as instead of ending up on my usual, I found myself in unfamiliar territory.

However, it was not an unpleasant experience. My excitement may have been heightened due to the almost illicit feeling that overcame me, a guilty pleasure no less.

I can tell you're on the edge of your seats, eagerly anticipating the hidden identity of this literary interloper. Well, even if you're not, I shall not keep you waiting. I am sure many of you know this site but for those that don't, here's one fifth of the possible alternative words for 'entrepreneur' and there were about ten separate sub-sections as well as the one below. 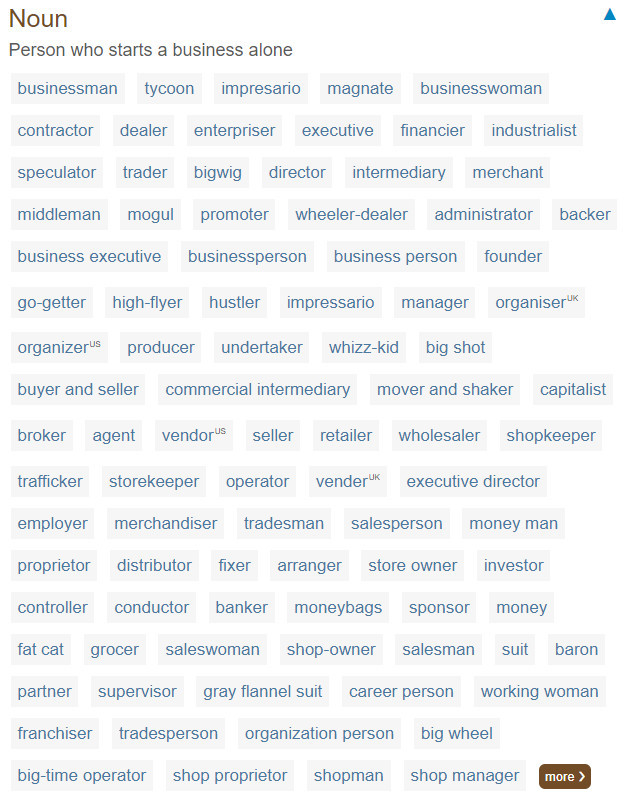 Catching flies ? I was, I was seriously speechless, which is unusual even if I'm on my own. Now you can see the connection with 'In Other Words'. Nearly forgot, the site was filehippo.com.Let's just say I will be using their services more often from here on in.

That's all he wrote folks, I think we've covered it all, referral, indexed and thesaurus site. I did cook a very nice meal last night, if anyone's interested, I even took a picture. No ? OK then, until next time my friends.

Reply Like Like You like this
Twack Premium
@Joes946
That's what happens when I have a day in between posts. Thank you for popping in Joe, always grateful to you.

Reply Like Like You like this
Twack Premium
@richardgb
Thank you Richard, you are very kind to say so and I am very grateful that you stopped by.

Reply Like Like You like this
RamiSociable Premium
My Oh My that is more than a mouthful forgive the pun! You know me and my memory, like an elephant never forgets!! yes, you did manage to slip in the referral only in passing though so did not stick just like my 100 posts! Yes, finally got there! haha

Really surprised by the number for an entrepreneur there I must say !!

Congratulations on both the referral although I said that at the time never too many times to say it and for the indexing of site!!

Meal looks great too see a tricolour of peppers caramelised onions although tend to prefer chicken in breasts, legs etc as opposed to diced don't get me wrong when properly done and presented like that I'll take it any way it comes;!!;

Keep on trucking or in your case Jagging!

Reply Like Like You like this
Twack Premium
@RamiSociable
Were it chicken, I would agree but it was Quorn, such is the delight of one trying so very hard to be vegan, though coming up short in a few areas. They don't make it easy, I usually just stick with saying I'm vegetarian but also don't eat dairy, otherwise, it gets complicated.
I had an inkling that I'd mentioned it but I wasn't sure, hence the disclaimer. I'll get the bunting out when one goes Premium.
I think the century, even plus one, is worthy of celebration. I would imagine the number of those that have reached that, in such a short space of time (or at all), would be few. Nice job.

I must remember you have gone vegetarian and no dairy as Quom is normally diced uhm duh! on my part!!

Of course they will go premium surely if not through volition then by the law of averages! Preferably voluntary of course!

Thank you most kindly again!

Reply Like Like You like this
Twack Premium
@RamiSociable
Always welcome.
Yes, one would hope so, so much of what we do is a 'numbers game'. Still, it's better than none at all, something must have piqued their interest, goodness knows what though.

I think it's been just over ten years as a 'veggie' and probably nine without dairy. Purely on health grounds, after listening to some very enlightening cd's.

Have a phenomenal Friday.