I would say that I have been through all of the facial expressions that are depicted on the eggs you can see in the cover image. As for domains, blames and autoresponders, let's see which ones they produced.

'Domains' is easy, most definitely the one on the far right. It's actually tied in nicely with 'blames' and with tongue firmly in cheek (and winking emoji 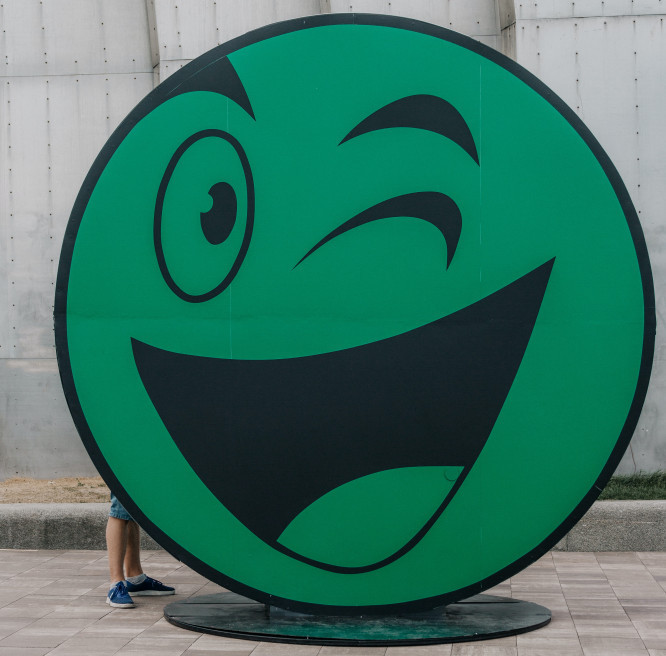 ) I lay the blame at Jeff's (@JeffreyBrown) feet.

After reading 'Domain Valuation Comparisons & More information' I couldn't help but have a wee wander down that particular rabbit hole.
In all fairness, I was already in the throws of transferring a couple of domains I had purchased a short while back but this article pushed me off the cliff.

Needless to say I have since bought two more domains to add to the ever-growing list.

The only reason I bought two was because I couldn't make my mind up which one to use. I had to choose between 'academy' or 'courses', with a suitable prefix, of course.

I have gone for 'academy' as that allows for more scope when adding content. That said, having a slightly 'addictive personality' I was lucky to only come away with two, though I might have to go back and grab another.

Why another ? Well, unbeknownst to me, one of my recent 'freebies' is a plugin that creates a 'selling' site. I had no idea that's what it was when I downloaded it. It's kind of on it's head, if you think about it, as it's normally, website then add plugin, not the other way round.

As for autoresponders, let's see now. I spent an inordinate amount of time reading various blogs, for other members experiences, followed by having a free trial of one particular software, to then actually buying a little known 'cloud based' program.(one off fee, rather than mobthly subscription)

That was about a month ago and it was only in the last two weeks that I finally got round to setting it up, except that I couldn't. When I clicked on the link that should have taken me to the login page, I was greeted with 'Page expired due to inactivity'. Sigh, really ?

Since then, I have submitted three 'support tickets' and have had no replies, not even an acknowledgment. Most disconcerting, it looks like I will have to try through other channels.

Back to 'domains'. This morning, I was tasked with the job of setting up two new sites, or at least doing the basics. Back to the training, as it's been a while. (One of the very cool features of WA, having fingertip access to a huge knowledge base right here.)

As one of the domains was registered and activated last year, I think it's on the older servers and also has the EWWW image optimiser plugin installed. A quick note to 'Site Support' can rectify that but it did give me the opportunity to have a look at what's popular now, when it comes to image optimisation plugins.

Due to the nature of the website, the need to have the biggest and baddest plugin isn't necessary, it will be mainly text but it still pays to have something decent. 'Imagify' is looking pretty promising, at the moment. Still, jobs for another day.

As I mentioned to Keisha (@keishalina9) recently, in a 'comment thread' conversation, I have found it quite difficult not to write here every day, as I enjoy it so much. It has also become a habit. (I have written some content though, it was too much not to write at all)

Up until the end of last week, I had been writing something here every day since the beginning of the year or thereabouts. The first day I didn't, it really threw me.

For those of you who are in two minds about writing, maybe due of a lack of confidence or because you don't think you can write very well, I urge you to try.

The WA community is one of the best audiences you will find to write for and your efforts will be rewarded with complete encouragement and thanks.

Remember, the more you do it, the easier it becomes and the better you get. If you need proof, then check out my very first post here at WA, written back in January 2019.

'Not the same old story'

Right then, I need to do a supermarket dash, followed by more of the above, plus a little bit of beyond.

Have a splendiferous weekend.

Write something…
Recent messages
RamiSociable Premium
Must be like cutting off your air supply as know how you relish to sit down and put pen to paper ehhhm fingertips to keyboard!!

See that you are also into the domain mogul game good for you!!
I do know however its your expansion on reach that you are after not a domain trader although that is fair game.

Glad you are managing or attempting to sort things out!!

Reply Like Like You like this
Twack Premium
@RamiSociable
Thanking you largely.
Not a trader, these will all become active sites in time. I am sure there is an active market for such things but I liken it to vehicle reg plates, the value is a mythical figure until someone actually wants to buy it.
That said, I have spent all morning trying to reach a level of contentment in regard to theme choice. It was much easier as a free starter when the numbers were limited.
Have a excellent day yourself.

That as you know goes for almost everything something is only worth what someone is willing to pay for it.

Serves you right...lols I just went for the most simple and most practical and it is still going without acting up!!

Supply and demand 101 or whatever they call it, maybe it's just me that doesn't get the whole 'virtual' price set up. If it doesn't sell then it's worth nothing, or is that harsh.

As for the theme issue, in my defence, my criteria was 'simple', as it's just for writing, no bells and whistles etc. I believe it all went south during the transfer to the new servers.
I won't bore you with the details, suffice it to say that if it isn't back to normal by tomorrow lunchtime, I shall be deleting it and starting again, as that will be quicker than dealing with the current issues.

Still, tomorrow is a new day and it's Monday, my favourite day.
May the start of your week be monumental.

Reply Like Like You like this
RamiSociable Premium
@Twack
Not harsh at all I bit my tongue as that goes in real life as well as virtual. Because some one says a house is worth this much does not as you and I and everyone knows that is not necessarily the eventual buyer pays!!.

If it doesn't sell it may as well be worth nothing even if it is!!

That is what I thought I understood from you pre hence my harsh comment as distinctly remember you stating before diving into it that you wanted something to do the job as it was just for writing!

If it does not I don't really blame you from starting all over again and both empathise and concur given my recent experience from that direction that it would be a lot simpler!!

Thank you Twack come to think of ot is it worth waiting until lunchtime? Unless you think there are the vestiges of the by now remotest chance that it will be sorted I guess!

A monumental best wish on that score and for the start of the week to you!!;

Reply Like Like You like this
Twack Premium
@RamiSociable
Thank you, I savoured it all, this is why, when time allows, I enjoy our 'back and forths'
Yes, it wasn't that long ago that you wrote about some website issues you were having and managed to convey much of your feelings about the 'situation', between the lines.
Sometimes what we don't say conveys as much meaning as that which we do.
I was tempted to do as you suggested last night but I decided to give the issue some 'rope'. Instead, I wrote another post and created (with the help of Wix) five logo samples, so the day ended and I managed to salvage something from the tattered remains of the earlier debacle.

Trust by the end of the day you are much further tahn this ridiculous run around of almost a week? endured !!

I need a logo so thank you kindly on Wix will check it out!!

I am already having to do without the posts only that pales into insignificance when I consider the reasons why as you well know!!

Don't you dare cut off the to's and fro's when time allows of course!!

Reply Like Like You like this
Twack Premium
@RamiSociable
You are very welcome and thank you.
Luckily for me it was just a day wasted, I might not have endured longer.
I have a few hours left to do the 'butt-kicking'. First glance, it would seem that all is well, just have to replace a few images (whispers).
Long may they continue🙏, fingers and keyboard willing.

Reply Like Like You like this
Twack Premium
@RamiSociable
I know, I just had the visuals going on in my head, of us tow whispering the texts.

Reply Like Like You like this
CCelest Premium
Hi Twack. It feels so good to get to read your posts. Thanks for this delightful one as always.

All the best.
Carol

Reply Like Like You like this
Twack Premium
@LMH1968
Thank you Lisa, that's very kind of you to say. I'll leave it over the weekend and then see where we're at on Monday.
Likewise for your Sunday.😁

Reply Like Like You like this
LenkaSophie Premium
I am sure you must be missing the everyday posting, Twack. It was also something that was always here when signing in to WA, something granted.
Hope you get the issues sorted soon. I hate when I don't get any reply to my messages (I've sent two of them to booking.com about inappropriate accommodation and haven't received any reply yet).
Splendiferous is heading to my dictionary :)
Lenka

Reply Like Like You like this
Twack Premium
@LenkaSophie
Thank you, Lenka.
It does make me feel very insignificant and powerless to do anything. If I have no joy over the next couple of days, I'll contact the platform I bought the software through and see what they have to say.
Sorry to hear about your plight, you'd think they would keen to respond and make amends, thus avoiding a bad review.