I Was Contacted by the Illuminati!

Have you ever been contacted by the aliens from outer space? Telling you about how good things will come to you if you join them?

Well, let me share with you all about something unusual that happened to me a few days back. No, I was not contacted by aliens.

I was giving my comment on one of our members’ posts here through the SiteComments about a review on Manifestation Magic program. It was a fairly good review. However, I found it quite strange that after giving a thorough review on what Manifestation Magic was all about, whether it was worth the money and all that, the writer did not mention the price of the product. There was no affiliate link anywhere and instead, there was a link on the official website of Manifestation Magic.

I was curious to know more about the product and how its pricing was. And through the link on the review page, I landed on the official website of Manifestation Magic. It was a trip from thereon. The link opens on the homepage where there’s a video that comes with a warning – This Video Will Change Your Life. On the screen is written “Your Message at 5:55” which alludes to some message that would be revealed to me at exactly 5:55 minutes after I push the play button of the video. That got me going. I remember I was slightly amused by the whole thing. I was also looking at how ‘magical’ the whole thing was. I’m a hard-core cynic, mind you and it was indeed great promotion skills on the part of the creators of the program that I was prompted to push the play button.

It’s a good video. Visually stunning and some good editing. There’s no pause button on the video. Which means, once you have set it rolling, either you watch the entire length of the video or you abandon the site by closing the page. The product is basically an extension of the “law of attraction” and how the subliminal messages and music in the product package would change my life and all that by realigning my energy vibrations with that of the universe. The usual stuff, I mean. However, it is the video and the narration that got me intrigued. The narrator begins by telling us how after a series of misfortunes, he had a miraculous meeting with a ‘healer’ (a motivational therapist) that changed his life within 24 hours. The “message” that was revealed to me was it was no coincidence that I was watching the video. Everything had been pre-ordained and that if I buy the product, something big would happen with the first 24 hours itself. Now, that sounded like an over-the-top promotion. The product costs $47 dollars and I thought it was an okay deal. I did not buy it though thinking “maybe someday”. My tryst with Manifestation Magic ended then and there.

I think, since all of you are in the online business thing, you must be having a wide network of friends in the social media. I too have managed to build up a good network on Facebook and I have been doing something that I have never done before – accepting friend request from unknown people if there are mutual friends on board. You see, of late, I have been getting many friend requests on Facebook and have even started accepting many of them simply because there are many mutual friends here in WA. My bad.

The same evening after I watched the Manifestation Magic video, I had this very unusual incident. Talk about unusual coincidences – I had a message on my Facebook Messenger from one of my ‘friends’ telling me he’s an Illuminati member and that he wanted me to join his organisation! I immediately thought of blocking him but I talked him out that I was not interested at all. He persisted further but the talk didn’t last long. I checked on him and his photos on Facebook. Boy! The guy’s an Illuminati member! I always imagined Illuminati to be a shady organisation and with a bad reputation. And after having watched and read The Da Vinci Code, I thought there was nothing positive about the organisation.

Funnily enough, I was left wondering if THIS was indeed the message and the sign (yes, the video talked about signs) about something big happening to me in 24 hours. What an adventure! What a bummer!

Yes, friends. Have you ever been contacted by the Illuminati? Who are these people?

Write something…
Recent messages
lesabre Premium
Wow what an interesting experience and no I have not been contacted by the IIIuminati. Thanks for sharing

Reply Like Like You like this
keishalina9 Premium
...dun..dun..dun.. don.. 🎵 ... close encounters of the third kind or is it the third eye?! ... well, interesting blog post -- surely let us know what has transpired for you within that 24 hours ... that's if they haven't beamed you up somewhere over the horizon! ...
... all the best in your travels -- enjoy the journey ... cheerio... 😊

well, frankly, that's what this sounds like -- they've tossed out some bait or 'tasty morsel' and hope it gets nibbled on .. then, hook 'em & slowly reel 'em in ... and catch 'em with a net ...
... exercise extreme caution with these ones ... they may turn it around on you and make you think that you 'owe' them ... careful! ... definitely see flashing amber lights ahead ...

if it appeals to you in anyway and if really curious ... check, check, and triple check -- then repeat, repeat, repeat ... the checks that is... or simply 'delete' ...

keep well and look forward to hearing from you again very soon, cheerio ... 😊

Reply Like Like You like this
sukumarth Premium
@keishalina9
I'm still here, Keisha. 24 hours have passed now. I'm convinced that the chance meeting with those "I" people was what was preordained and revealed in the Manifestation Magic video :)

I have never done fishing in my life. Would love to try it after I earn enough and after I quit my office job :) Cheers!

yes, fishing is quite meditative and requires smarts & patience -- fish are very smart! ... 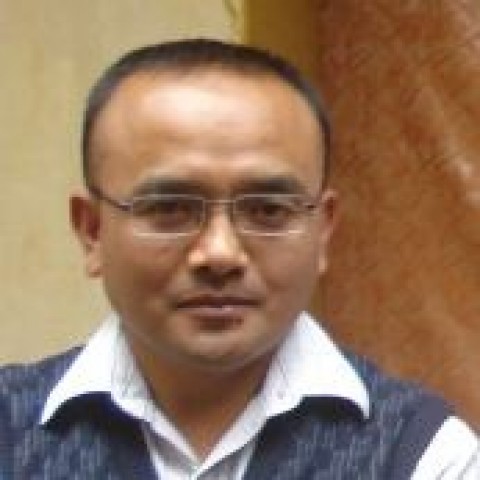 3Years
View sukumarth Profile
Follow sukumarth
Sukumarth's Posts
106 posts
View all
Hello Everybody! How Has Been th...
8 comments 11 likes
Why Do Most Experts Make It Soun...
77 comments 65 likes
Deciding on an Activity to Make ...
14 comments 18 likes
The Most Ignored Branding Elemen...
39 comments 26 likes
I Was Contacted by the Illuminat...
47 comments 26 likes
100 Posts in WA!
29 comments 25 likes
Straying Off the Beaten Track fo...
12 comments 13 likes
Pause and Give Yourself a Pat on...
11 comments 14 likes
Can We Write About Things Withou...
16 comments 16 likes
The Only Writing Tip You Need - ...
13 comments 22 likes
Hold Tight!