How is WA affiliated with Freedom Group?

Today I received a phone call from a company called Freedom Group. The number was 855-888-9956. Who are these people and how are they affiliated with WA?

I thought it was WA at first because they say they are partnered with WA. I thought it was legit and something important from WA. He kept saying they are a group that are affiliated with WA and that they are screening for a group of people that are "eligible" to be a part of their group that they will help make money. After he determines that I am "eligible" then he will transfer me to an expert or supervisor that will further explain the purpose of his call. He asked me a lot of questions until I got frustrated and told him I refuse to answer anymore until he tells me what this is for. He asked me questions like do I own or rent, how many credit cards do I own, what does my spouse do for work, how old are my children if I have any, what I do for a living, if I want to make money, how much debt I have, etc. I answered all these questions thinking its WA out of trust until my suspicions kicked in.

Then I started to question him and his company out of aggravation. He was being aggressive and started to get a little annoyed at the fact that I wasn't showing interest. I got the hint that he was trying to get me to be a member of their group with experts just like WA and maybe sell me some investments too...because he was trying to figure out my debt to income ratio and how much I could afford. I told him "You don't need to know my debt to income ratio".

Who are these people and how did they get my number? from WA? At the end, I had to hang up on this guy because he wouldn't take no for an answer. I am so angry and upset that I gave so much information already and if this is really from WA, I will be so disappointed and I will cancel my membership. I want to hear if anyone else received calls like this and what this is all about.

Write something…
Recent messages
Blake1977 Premium
This is a 100% scam...I got the same call. You probably registered your domain and didn't register it private..that's how it happened to me

Reply Like Like You like this
sue5173 Premium
Thank you, glad to know it has nothing to do with WA because they were so unprofessional and rude.

Reply Like Like You like this
ebizmh Premium
Thanks for the heads up on that, I haven't had that problem, but will know that they aren't associated.

Reply Like Like You like this
softwind Premium
HI Sue! The bigger WA gets the more scammers take advantage of us! I'm sure that Kyle or Carson will see this and assist you as quickly as they can! I'm so sorry for this! I know how you must feel! We all trust WA so much however; we all must help watch over each other in situations like this! WA is a powerful and integral organization and it puts most of the other organizations to shame. It's like anything or anyone that becomes an icon - they become big targets.

I'm glad your instincts kicked in and don't be mad at yourself. We are all human and fairly trusting at that! I've read recently where a few others having similar problems like this. No one of good integrity is going to ask you those types of questions. Lessons learned for all us.

Reply Like Like You like this
sue5173 Premium
Yeah I must make it private. I just saw a lot of people getting the same calls and saying it's a scam. Well it's a relief that it's not WA.

Reply Like Like You like this
Rick Jantz Premium
Hi. Kyle or Carson will likely soon jump on to comment. I would suggest until then you do not do anything. OR, send them a PM. I have read previously that WA does not call members.

Reply Like Like You like this
sue5173 Premium
Thank you. I really hope it wasn't WA but still annoyed at the fact they got my number.

Reply Like Like You like this
Rick Jantz Premium
If you don't have your information private on your website they may have accessed it that way. Here's some information about it but Shawn did write it for Namecheap. I'm not sure if you purchased a domain there. https://my.wealthyaffiliate.com/training/changing-your-whoisguard-domain-settings-at-namecheap

There may be other information if you try the search bar above. 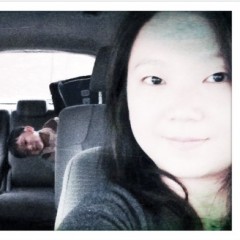