Leave Stepping Stones to a Message

My Video Game on Wheels... is Gone Forever!

She was Special and now she is gone!

My Video Game on Wheels

She was essentially a gift from my husband; he is still driving a 1992 Toyota pickup. The day we got her was as important to me as an anniversary.  It was July 23, 2007.  I had even saved the window sticker listing the accessories she came with. Every fill-up I tracked the miles per gallon ...and competed with myself for a better score.

I always laughed when people would walk out in front of us without even looking up. (The Electric Motor made NO sound!)  My granddaughter and I would joke about "sneaking up behind them and honking!!!" (But we never actually did it :-)  )

I am grateful that no one was hurt in the accident. And I am angry that someone was in so much of a hurry to get across the street that they could not take the time to stop and think about the consequences.  I am sad that something we worked so hard for and treasured and babied was gone in a flash.

I am irritated that we had to do paperwork and negotiations and research to get back to where we were. And I am grateful that the insurance made everything as right as they could.

We found a sweet Pearl Blue 2006 Prius that has been loved and protected.  She will never replace my Video Game on Wheels totally but I am sure she will become Special to Me in her own way.

My Intense Sadness over the loss of this car surprises me.  It really is as if I have lost a Close Friend, a Good Buddy!

Write something…
Recent messages
Max Pan Premium
One of my friends bought a 2010 Toyota Carrolla on finance here in Ireland and the next day it was stolen and he didn't even had time to buy insurance for it! Now he is still paying off the debt for the stolen car that was never found.

Reply Like Like You like this
Stepping Stones to Premium
That would so be the pits!!! I can't even imagine... Atleast I was able to get a replacement. It was a year older but in just as good shape and I have now grown attached to the Blue Prius, but not the same level of attachment I'm afraid.

Reply Like Like You like this
Labman Premium Plus
Sorry about your baby, OK so, What was your best GPM? Hope the new one does just as well.

Reply Like Like You like this
Stepping Stones to Premium
Thanks, Craig, my best ever was 61.1 but my normal was about 52 - 54. My New Blue is averaging about 56 - 57 so far. I am excited that I am able to focus on WA again.

Reply Like Like You like this
jatdebeaune Premium
Ohhh, I hope nobody was hurt. That's a shame. The blessing is that you are okay. Those cars are very quiet. Enjoy the new Prius!

Reply Like Like You like this
Stepping Stones to Premium
Definitely enjoying my New Blue :-) and am very greatful for the blessing that no people were hurt in the accident. Thanks! 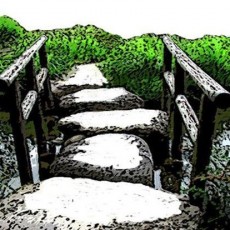