There's A New Member of the Family

This has been a whirlwind of a week so far. First, it was two nights of non-stop hot flashes, waking up about every two hours, which of course resulted in a less than stellar nights sleep. Then not one, but two trips up to favorite GMC dealer to finalize the deal for a vehicle we had ordered.

Both my husband and I and my mom were in the market for a new vehicle. She needed to downsize from the Yukon XL she had, and while I loved driving the Volvo S60, we needed something a bit more New England weather friendly, as our Volvo predated the addition of all-wheel drive.

We had to order our cars to ensure they came with the options we wanted and the color we liked. Needless to say the process has not exactly gone smoothly. Mom's car arrived before ours, as she chose and existing color, and ours was a brand new color addition for the model year. So I went up with her to pick it up a few weeks ago.

Unbeknownst to us, there was apparently some sort of paint defect in the clear coat, that required wet sanding the hood and roof of her vehicle to make the defects go away. I immediately had that bad juju feeling, and what started out being a few hour trip, turned into an all day process.

We all had concerns about the integrity of the clear coat post wet sanding, and had my husband leave work early to come up and take a look. I had been texting him the entire time, and we all had concerns about the paint, since the clear coat is a relatively thin layer, and there is a nominal expected amount of loss over the life of the car, and here we were "sanding" off a layer before the car even left the lot.

Unexpectedly, the very same day we went up to pick up mom's car, ours had arrived on the 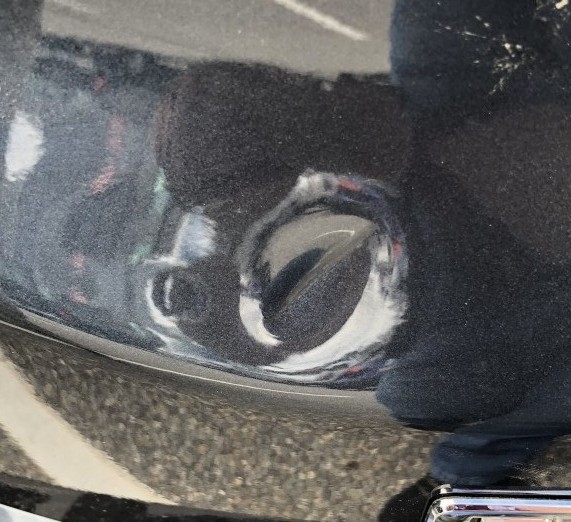 truck. While still up on high, we walked around and immediately noticed a dent in the back of our car. Evidently something that most likely occurred in the loading of the vehicle as it was more of a crease than an actual dent.

Then seeing the issues that had occurred with mom's car, there was immediate concern that our car might also have the same problems.

Since it was at the very front of the truck, it took a little bit before they were able to unload it. Once on the ground, we started our investigation, and it seemed our car also had the same issue, but it was hard to tell since the car was still coated in dust from transit.

Our salesman offered to take it through the car wash, so we could get a better look at the paint. 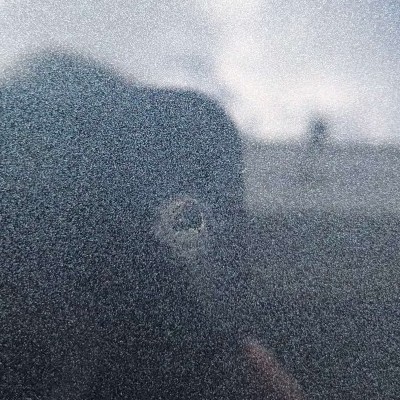 Upon quick inspection, it looked like we too had the same paint issue, so over to detailing we went. They confirmed that it was the same problem as what was found on mom's car, although not as severe.

As you can see in the photo at the left, it's almost like something landed on the surface of the car and started eating away at the clear coat.

Now we had not one, but two cars with the same issue, which we could only assume resulted from something in the lot where the cars were parked before they are loaded on the trucks for delivery to dealerships. This was not a manufacturing issue, as the dealer had cars from a completely different manufacturer with the exact same issue.

Once we knew what we were up against, then came time for the negotiations. Although tests with a paint tester showed no real loss of clear coat post wet sanding, we still had concerns about the future, and the integrity of the paint after this process. Multiple negotiations, and phone calls later, and the dealership agreed to do a no charge to us Simonize treatment, as added protection to the paint, should anything happen down the road from this issue.

On Tuesday, we received notification that the wet sanding was done on both vehicles, and our dent had been fixed, so we needed to go up and inspect the cars before they moved forward with the Simonize process.

I had already not slept well on Monday night, so I was not feeling the best on Tuesday, but we needed to do this check to keep the process moving along. Both cars passed visual inspection, and the paint test, and we also completed our test drives to ensure there were no mechanical problems.

My husband drove our car, and all was fine, except for a slight click and shift in the drivers seat. He had experienced this issue previously as it was something he had already dealt with in his truck. We had already come to an agreement that we would be back up again on Wednesday to pickup the cars, so they agreed to look into it early Wednesday morning to see if it was a quick fix.

We left the dealer and went out to dinner, something my husband and I rarely do. It's a nice treat to go out to dinner, but it seems like every single time we do so, I end up feeling miserable afterwards, no matter what I eat.

Tuesday night was another night full of evil hot flashes, and waking up every couple of hours. I tried to sleep in, and even with that I had a headache for most of the morning. To make things even worse, it was non-stop rain all day.

When I don't sleep well, my head feels foggy and I feel like general poo. Since the car we were scheduled to pickup was to be my new car, I wanted to drive the Volvo one last time and drive the new car home. The trip up there was in the middle of a downpour, with Flash Flood warnings, and my foggy brain had a hard time focusing past the rain on the windshield, so I drove a little slower than normal. Last thing I wanted to do was wreck the vehicle we were scheduled to trade in, especially when we saw a spin out on the other side of the highway due to the heavy rain.

By the time we got to the dealership it was after 4PM. Then after all the paperwork was done, we didn't finally end up leaving there till after 7PM. I found myself having to drive my new car home, in the dark and the rain, again a bit more than my poor brain was able to handle. Hubby was getting frustrated with me, telling me to locate buttons, that ended up not being there as the configuration in the new car is different from his truck. Meanwhile, I was just trying to keep the car on the road, as I was driving roads in the dark and rain that I was not accustomed to.

It was about 8PM by the time we made it to the same restaurant we had eaten at the night before as it was on the ride home. I was already exhausted and feeling like crap as it had been a very long day for me, which is something my post chemo body still has a hard time handling.

We ate dinner, then it was time to make the trek home. I felt a little better, but my brain was exhausted. I just wanted to make it home and go to bed. Then to make matters worse the rain started to pickup again, and again I needed to slow my speed to compensate for my brain and my eyes. I was hating my body for how I was feeling, and how something as simple as a lack of sleep, which I used to be able to handle without much issue, now turns me into a nearly absolute mess.

But with all that, we brought the newest member of our family home last night, safe and sound. 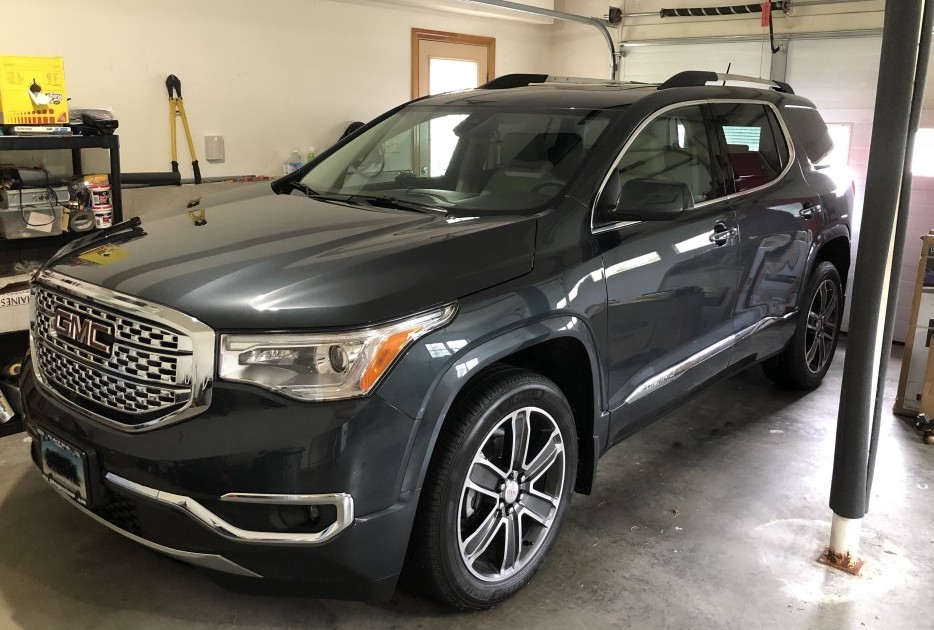 Welcome the 2019 GMC Acadia to our family. The color is the new for 19' Dark Sky Metallic. The stock photos for this color really do not do it justice, as they depict it as a much lighter color than it truly is. We took a shot in the dark in choosing this color, and it turned out being better than we had ever imagined. I can't wait to drive this new car, and can only hope it brings us much happiness in the years to come. 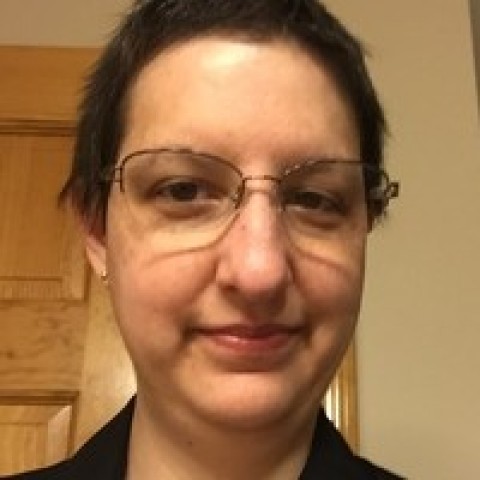