Hello everyone here at WA!! It has been a while since I have written anything or visited my website, however I am back. In December I became very ill and had to go into the hospital with a severe viral lung infection. Right before I became sick I had been working on perfecting my website and still studying my lessons. I almost gave up on my work here at WA, but then I remembered how important this community was to me and how I had been scammed and ripped off for thousands of dollars by another company, so I came back with a vengence!! I am bound and determined to finish what I have started and keep moving forward with my successes. When I started getting better around the beginning of February I started receiving calls from other victims of the company that had scammed me. Some of the victims were seniors in their 70's and 80's and had invested their life savings into this company. I had posted something about the company on a few review websites and that's how they contacted me which is exactly what I wanted. I wanted to help these people to get their money back. This is what I have been doing and collectively because of my investigative work and my knowledge on how to investigate we have finally brought this company out in the open and to the proper agencies!! It is a victory for all of us. We may not get our money back but we will have the pleasure of having shut down yet more criminals, put them behind bars and they can never hurt anyone again!! The moral of this story is to be very careful when someone is trying to sell you something that sounds too good to be true. The best place I have ever come to is WA. I am so happy to be healthy again and to be back!! God Bless all of you here at WA. Thank you for just being there.

Write something…
Recent messages
EFors Premium
Welcome back. And wish you all Succes here in Wa. :))

Reply Like Like You like this
jvranjes Premium
Wendy, this is a nice story. Just a small comment: make paragraphs please, here and in your site as well, the text then looks much more reader-friendly. Jovo

Reply Like Like You like this
goodsuccess Premium
Great article Wendy. Please continue on with your work. I think many of us here at WA would like to know the name of the company. 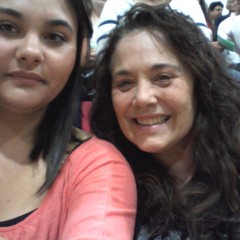